Art Radar, which bills itself as "the only editorially independent online news source writing about contemporary art across Asia," recently featured Asia Society's Tumblr in its June 14 round-up of six noteworthy Tumblrs focusing on Asian contemporary art. Other blogs recognized by Art Radar include those of the Rubin Museum of Art and Art iT magazine.

Launched less than two years ago, Asia Society’s "contemporary art information smorgasbord," as described by Art Radar, has since accrued nearly 24,000 followers who want to keep up with Asia Society events, Asia Blog posts, and other Asia happenings. Visitors to our Tumblr can also submit photos, ask questions, explore a map of our global locations, and go to the pages for ticket buying, Asia Society Museum, and AsiaStore. 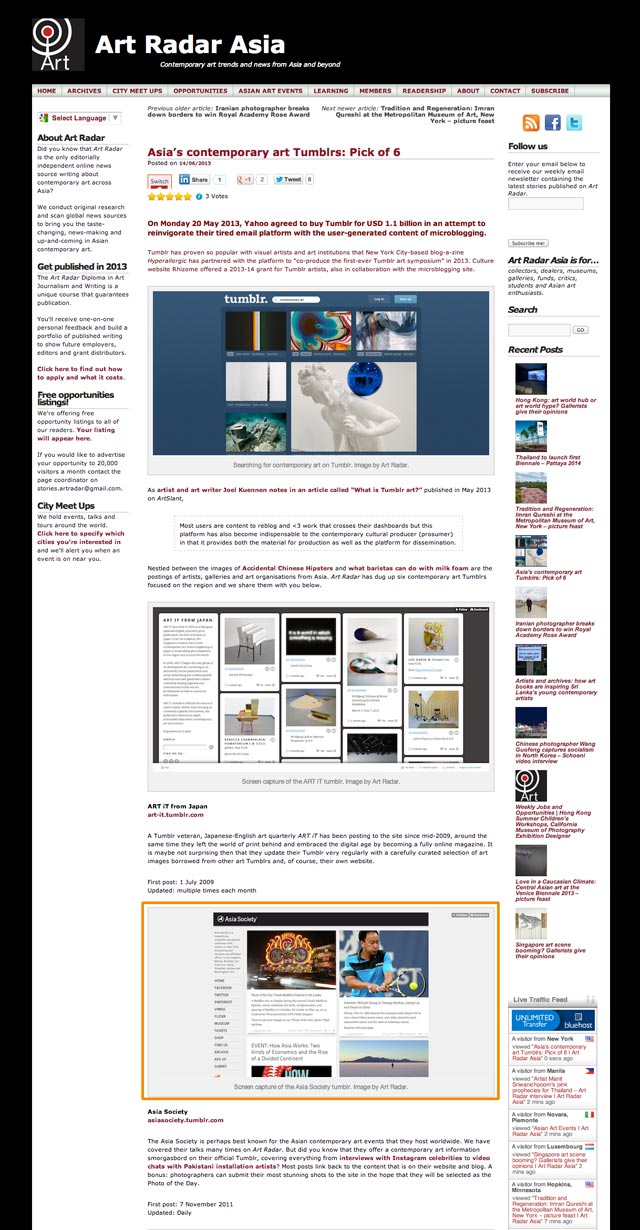 Jennifer Shyue is a contributor to Asia Blog. Originally a Brooklynite, she is currently a student at Princeton University.