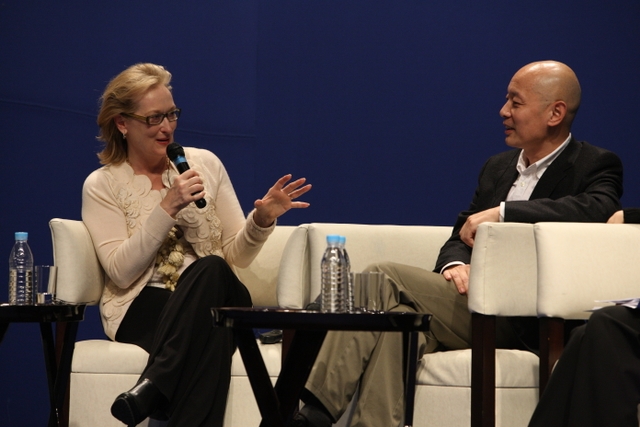 A group of prominent American artists traveled to Beijing last week for the U.S.-China Forum on the Arts and Culture, a festival organized by Asia Society's Center on U.S.-China Relations and the Aspen Institute in order to promote cross-cultural ties. Participants such as the Academy Award-winning actress Meryl Streep, Chinese-American cellist Yo-Yo Ma and authors Amy Tan and Michael Pollan engaged with a receptive Chinese audience that even included Chinese politician Liu Yandong.

The New York Times reported that the event provided a rare example of cultural exchange between the two countries, whose political and economic ties are seen as central to contemporary international relations. For a large part of the Chinese population, the only available exposure to American culture is through pirated films, often conveying an unrealistic and sensationalistic impression of the country. The U.S-China Forum aimed to foment a far more intimate understanding between American cultural producers and their Chinese audience.

By all accounts, the forum was successful. Festival organizer Orville Schell, the Arthur Ross Director of Asia Society's Center for U.S.-China Relations, said that the "cultural confection of ours really did some good and set the wheels spinning in the heads of the Chinese organizers." Future exchanges are thought to be likely.