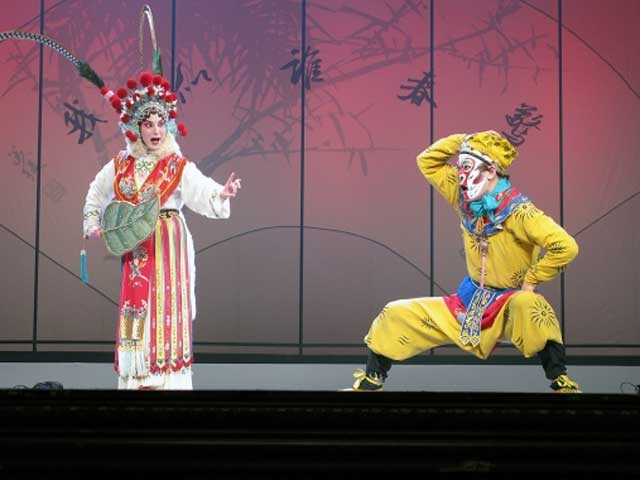 One of China's oldest and most influential performing arts traditions comes to life onstage at Asia Society New York this weekend in three performances by the Shanghai Kunqu Opera Troupe. The company performs The Lanke Mountain Friday and Saturday nights, followed by a special family matinee performance, The Monkey King: Journey to the West, on Sunday afternoon.

If you can't be in New York this weekend, though, there's good news, because two of the performances will be webcast live on AsiaSociety.org/Live — Saturday night's at 8:00 pm ET and Sunday's at 2:00 pm ET.

Founded in 1978, the Shanghai Kunqu Opera Troupe practices a form of theater that traces its origins back more than 900 years. But as a story in today's China Daily makes clear, the stories unfolding onstage can have an up-to-the-minute relevance. As Asia Society Director of Cultural Programs and Performing Arts Rachel Cooper explains to the Daily, The Lanke Mountain "has elements of a Confucian morality tale, but if you look at new wealth in China today, it can also be read as a cautionary tale about loyalty, family and education. You can read it as 14th century, or you can read it as right now."

The appeal of Sunday's family program is, if anything, even more timeless. The Monkey King: Journey to the West recounts the exploits of the roguish title character, a beloved figure in Chinese classical literature, whose fantastic adventures culminate in his bringing the seminal Buddhist texts to China.

(Anyone looking to learn more about the back story for The Monkey King is invited to enjoy Asia Society's multimedia Kids feature, Journey to the West.)