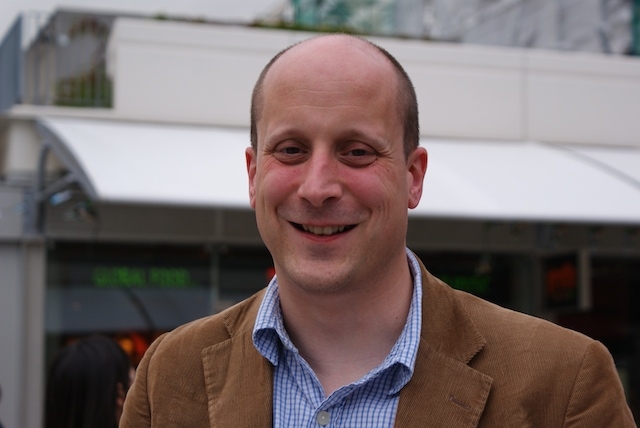 Asia Society Bernard Schwartz Fellow Alexander Evans is preparing a report on U.S. policy in South Asia after the 2014 military drawdown from Afghanistan, to be released in December 2012. Evans has just been profiled in the Yale Journal of International Affairs, in an interview in which he discusses his dual roles an academic and a diplomat, and his status in both fields. Here is an excerpt:

How has your experience as an academic influenced your work as a diplomat and vice versa? Can you speak to the unique role of a diplomat-academic and how that role is perceived in each of those communities?

One practice influences the other. The advantage of academic research experience is that you bring a real commitment to evidence in foreign policy-making, and an appreciation of the value of expertise. The value of policy work is to appreciate the pace of policy compared to academia. The sociology and style of policy-making differs from academia. For example, I might be comfortable reading a 280-page anthropology dissertation that tells me lots of intriguing things about the way that people live in northern Pakistan, but the reality in the policy world is that I would be lucky to get a policy principal to read much more than two pages — and the language would need to be different.

In terms of how the two worlds view each other, there can be a degree of mutual skepticism. On the one hand, occasionally government officials imagine that academics live in a Harry Potter environment where they explore arcane issues in great depth but without much relevance to the world of practice. On the other hand, there is the stereotype held by some academics that diplomats are glib generalists who are ultra-realist in their approach to international relations, but not necessarily thoughtful, reflective, or critical in terms of the policy advice they offer. There's not always a good meeting of the minds when these two groups speak directly to each other. Academic writing values the intellectual and is not always clear. The policy world values clarity and brevity — neither of which always lend themselves to intellectual credibility.

However, I have found that diplomats — my colleagues in the UK Foreign Office and in the U.S. State Department — have been thoughtful, well-read, and generally interested in understanding more about the issues or countries on which they work. I have also found a warm welcome in the different academic environments I have been in, and an interest in dialogue about the policy process and what differs from academic writing on it. In Oxford, the Library of Congress, and Yale, I have met collegiate academics. I personally feel enriched from discussions about everything from micro-research on conflict (thanks to the Order, Conflict and Violence Program) to reflecting on crises past (thanks to the historians in International Security Studies) to reconsidering the purpose and possibility of diplomacy (thanks to provocative discussions with my Yale students).

Evans goes on to discuss ongoing issues in South Asia. "India's rise as a global power is inevitable," he argues, and "for the future of Afghanistan, as well as the future of Pakistan, you need an engaged U.S. in an active relationship with Pakistan." Visit the Yale Journal of International Affairs for the full interview.