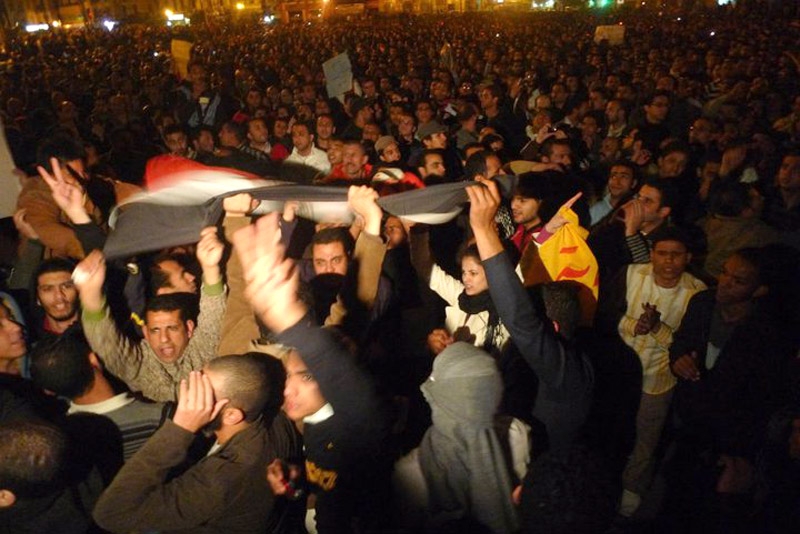 Protests in Egypt and Tunisia have captivated the world and shined a spotlight on countries, US-backed or otherwise, that could face similar revolts. Despite the seventh day of demonstrations, Egypt's 30-year-ruler Hosni Mubarak has refused to step down. Instead, the beleaguered American-backed leader announced a new cabinet today. But this has done little to quell the emboldening movement that, leaders fear, may reach them. China, for instance, has blocked the word "Egypt" from its search engines while Algeria has banned all demonstrations for "security reasons."

Asia Society's Executive Vice President Jamie Metzl says the revolts should serve as a warning sign for Asian regimes, although the lessons at this point are not so clear.

"It may well be the case that dictatorial regimes that completely cut off and ruthlessly suppress their people, like in North Korea and Burma, and autocratic regimes that actually drive somewhat distributed economic growth, as in China and Singapore, are more protected than non-democratic regimes that get caught in the middle between these two extremes. If this is the case, leaders across the Middle East and in countries in places as far afield as Pakistan, Iran, and Central Asia should be worried,” Metzl says.

Asia Society Bernard Schwartz Fellow Philip Shishkin, who focuses on Central Asia, says blaming Washington for allying itself too closely to Cairo's "teetering strongman" is a familiar theme. Last year protestors who overthrew a dictator in Kyrgyzstan said the US ignored human rights abuses in order to maintain a military base crucial for the war in Afghanistan.

"While it is tempting to suggest that Washington should take a tougher line on dictators, the reality is that the US has strategic interests that often necessitate engagement with undemocratic governments," Shishkin says. "In Central Asia, it is the war in Afghanistan. In Egypt, it is the broader stability of the Middle East. And of course America’s relationships with China and Russia are freighted with so many economic and geopolitical interests as to push any meaningful pro-democracy agenda far into the background."

"The problem for Washington is that when a US-allied dictator is overthrown, the new rulers aren’t inclined to embrace America. In some ways, it’s a uniquely American trap. The idea of democracy promotion has been a mainstay of US foreign-policy discourse for at least a century even as successive American administrations have shown a willingness to deal with unsavory regimes. That perceived dissonance between rhetoric and action is what annoys grassroots pro-democracy activists in many parts of the world.”