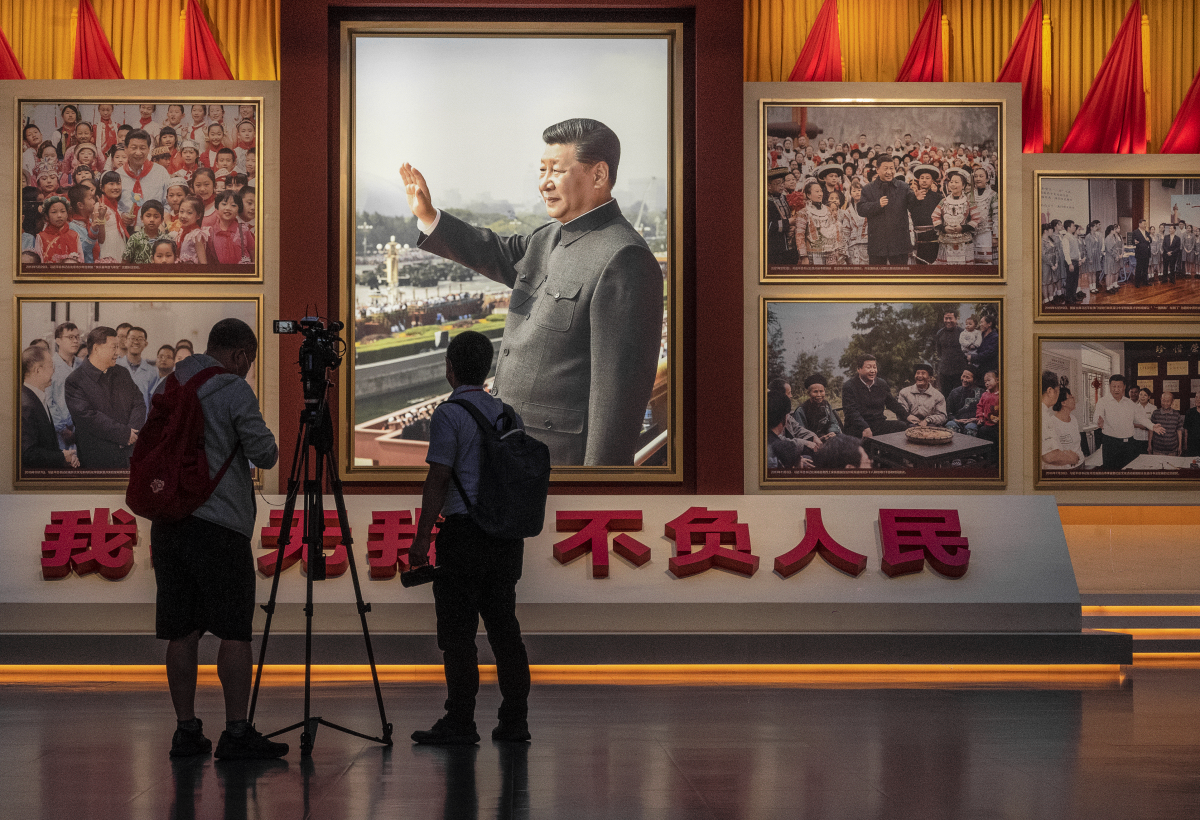 Journalists stand in front of a wall showing images of Communist Party Chairman and President Xi Jinping as part of a display at the newly built Museum of the Communist Party of China on June 25, 2021 in Beijing, China. (Kevin Frayer/Getty Images)

Over the past year, Los Angeles Times Beijing Bureau Chief Alice Su crafted stories that deepened our understanding of China’s social, economic, and political ambitions under the country's leader, Xi Jinping. Her work included on-the-ground reporting of Beijing’s erasure of ethnic populations across China, including Uighurs, Mongolians, and the Hui minority; the early government missteps that contributed to the rapid and deadly spread of COVID-19; and more.

For her exceptional body of work, Su was awarded Asia Society’s 2021 Osborn Elliott Prize for Excellence in Journalism on Asia.

In this episode of Asia In-Depth, Su is joined by Dorinda Elliott, a member of the Oz Prize Jury and senior vice president and director of programs at the China Institute.