Asia In-Depth Podcast: How North Korea Is Already Changing From the Inside | Asia Society Skip to main content

Asia In-Depth Podcast: How North Korea Is Already Changing From the Inside 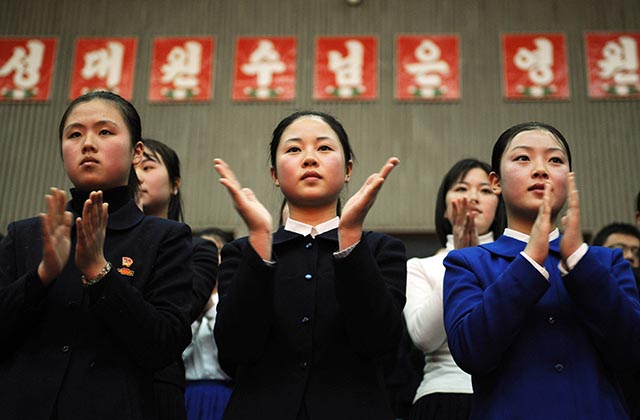 A group of North Korean teenagers clap as they watch a performance in Pyongyang. (Mark Ralston/AFP/Getty)

In the mid-1990s, a series of political and natural disasters in North Korea crippled the country’s state-run food distribution system, leaving hundreds of thousands — perhaps millions — to starve to death.

But from the great famine grew a capitalist mindset where much of the public realized they could no longer rely on the government for their livelihood. Private enterprise took shape and sophisticated networks of smugglers and traders started to form. Over the subsequent two decades, hundreds of informal — yet sprawling — marketplaces known as jangmadang have developed, places where it’s commonly joked that “you can buy anything except cat’s horn.” This even includes illegal (and highly popular) foreign films and television shows from South Korea and the United States.

Today, North Korean millennials have come of age under the influence of grassroots capitalism and an influx of foreign media with little memory of the country’s truly socialist days. This influence has created a generational shift in attitudes and behaviors that's beginning to have major social, and even political, implications. In this episode of Asia In-Depth, we hear from Jieun Baek, Sokeel Park, and Hyeonseo Lee to trace how North Korea’s youthful “Jangmadang Generation” is changing their country from the inside.