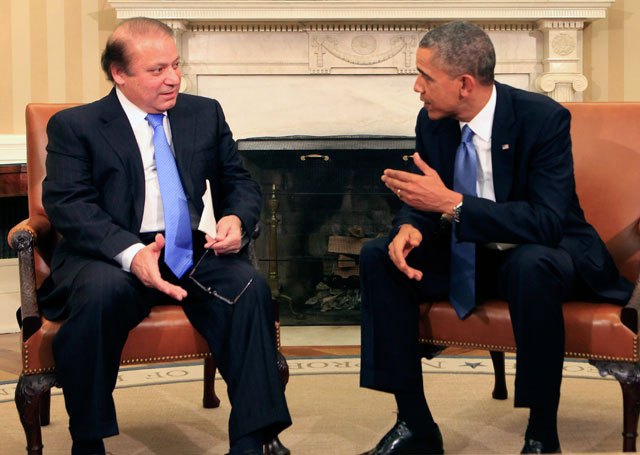 "The U.S. drone strike policy is increasingly becoming a divisive issue between the two states, and this is likely to continue till Pakistan takes effective counterterrorism steps on its Pushtun frontier," Abbas told Asia Blog.

Abbas also noted that the U.S. will take a wait-and-see approach to Sharif to ensure he can bring stability to a country that voted in his civilian government this May.

"The U.S. wants to give sufficient time to Sharif to settle down and show he believes in the principle that continuation of democracy in Pakistan is the best way to strengthen and stabilize the country," Abbas said.

A day before the meeting between Obama and Sharif, the U.S. released $1.6 billion in military and economic assistance to Pakistan it had suspended after disagreements about the U.S. raid that killed Osama bin Laden. Abbas told the BBC ahead of the meeting that the release of the aid was a "positive development" that showed relations between the two countries are improving.

Listen to Abbas's October 23 Newshour interview about the meeting here (interview begins at 42:30).