6 Things the US Should Do to Spur Change in Myanmar 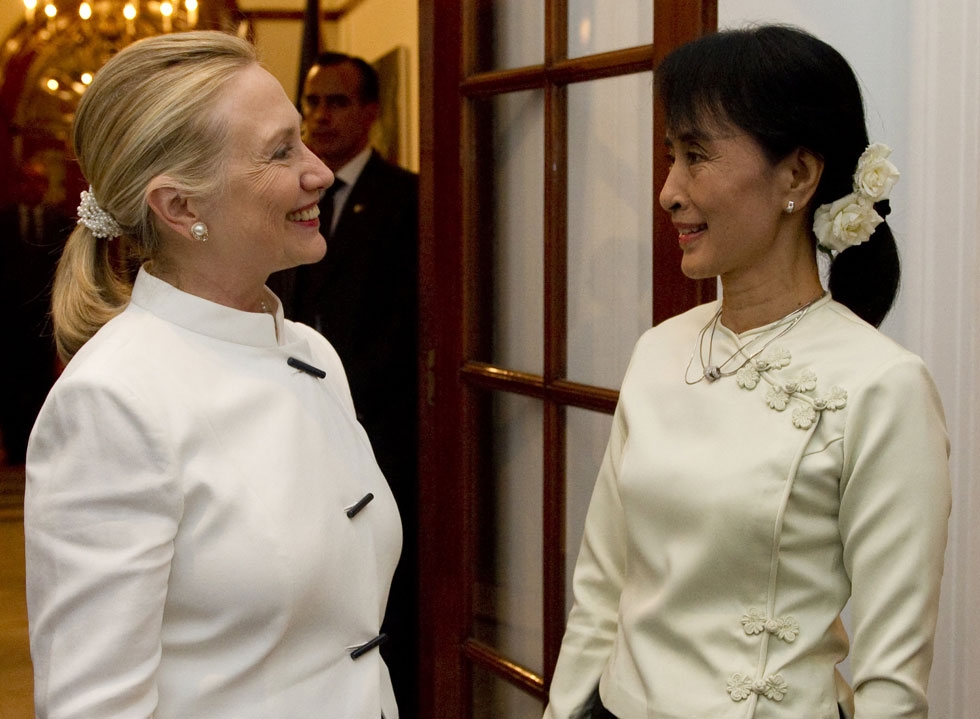 Asia Society is releasing a new report today — Advancing Myanmar's Transition: A Way Forward for U.S. Policy — that I co-authored with Ambassador Priscilla Clapp, formerly the Chief of Mission at the U.S. Embassy in Burma.

The report is the result of a January 2012 Asia Society delegation visit to Myanmar to engage in a Track II dialogue with the Myanmar Development Resources Institute (MDRI), a newly created, independent think tank based in Yangon. The goal of this informal dialogue is to establish an ongoing channel of communication between experts from both countries and to explore opportunities to advance U.S.-Myanmar relations during a particularly fluid and fragile period of transition in Myanmar.

Advancing Myanmar's Transition outlines our assessment of the nature of the changes that are under way in Myanmar and the challenges and vulnerabilities the country faces. We conclude by recommending measures that the United States can undertake at this critical moment to encourage, support, and advance the institutionalization of sustainable democracy in Myanmar.

Here are our key recommendations:

• The most urgent task for the United States and the broader international community is to empower the International Monetary Fund (IMF) and the World Bank to help Myanmar’s leaders with macroeconomic reform and economic development strategy.

• The United States and the international community must provide a rapid infusion of assistance to higher education and technical training to fill the capacity gaps created by the decades of neglect and the deliberate dismantling of Myanmar’s higher educational institutions.

• The Naypyidaw government urgently needs advisory assistance to support the policy and legislative reforms that are under way. For example, a mechanism that could provide ready access to information on international experience and best practices across the spectrum of changes being contemplated should be a priority.

• The United States should respond positively to requests from Myanmar’s parliament for inter-parliamentary exchanges and discussions to help the country develop effective structures and procedures to strengthen the legislative branch.

• The U.S. government must address its myriad financial sanctions on Myanmar to ensure that they are not working at cross-purposes with public and private assistance efforts. The April 1 by-elections in Myanmar will be a fair litmus test of whether it is time to revisit U.S. trade and investment sanctions.

• It will be important for donors, including the United States, to coordinate activities in order to avoid overwhelming Myanmar’s weak institutions with a plethora of duplicative assistance programs.

The Asia Society group participating in the dialogue includes specialists in the areas of political affairs, rule of law, democracy building, economic development, and environmental sustainability. In addition to the Track II meetings, our group held in-depth discussions with senior government officials; business leaders; members of civil society; representatives from the National League for Democracy (NLD), including Aung San Suu Kyi; and a wide array of community activists, including minority nationalities. Click here to view a slide show of some of the photos we took along the way.

This effort builds on the work carried out by Asia Society's Task Force on U.S. Policy toward Burma/Myanmar, as well as seminal meetings convened by the Society in New York in September 2011 that brought together for the first time policy makers from Myanmar, the United States, and the broader international community to informally discuss prospects for reform in Myanmar.

Your questions and/or comments are welcome: globalpolicy@asiasociety.org.