5 Questions About the Upcoming Trump-Kim Summit in Vietnam 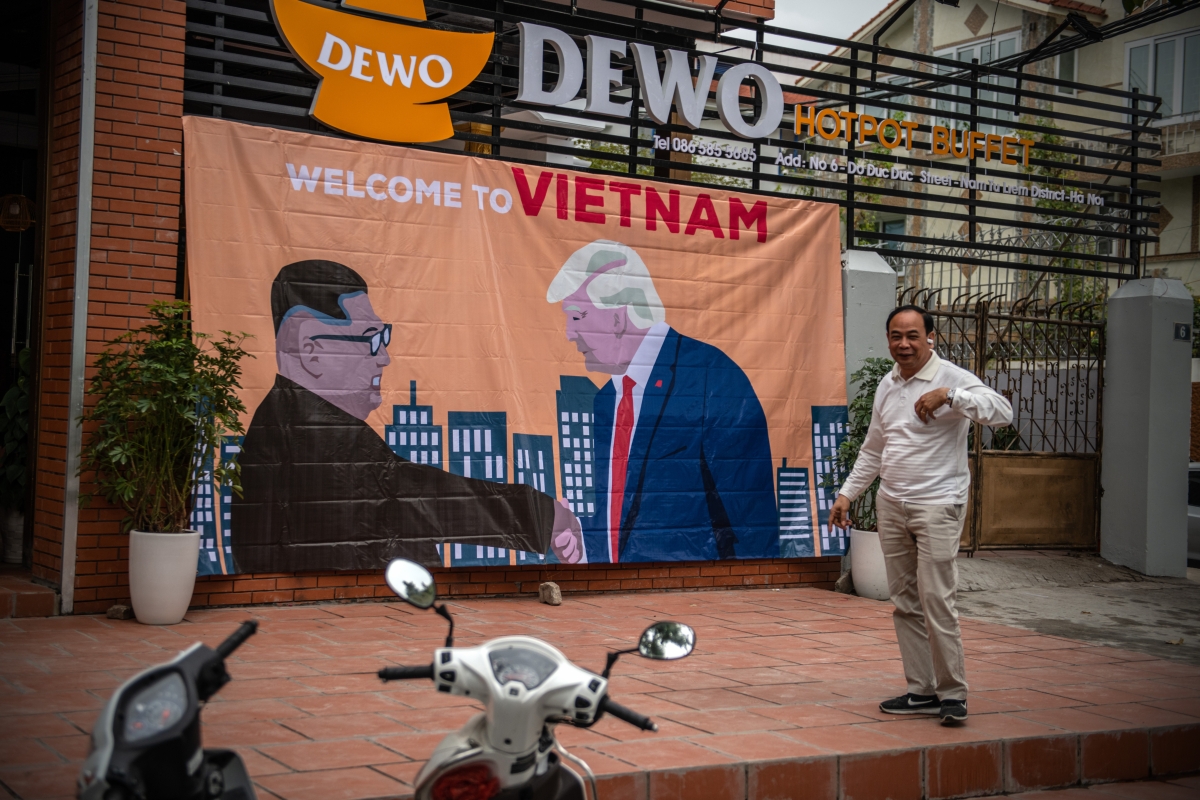 A man pauses by a banner showing U.S President Donald Trump and North Korean leader Kim Jong Un shaking hands next to the words 'Welcome to Vietnam' hung opposite the Marriott Hotel where President Trump is expected to stay during the forthcoming D.P.R.K.-U.S.A summit, on February 25, 2019 in Hanoi, Vietnam. (Carl Court/Getty Images)

On March 5, Daniel Russel and Carol Giacomo will discuss the aftermath of this week's Trump/Kim summit at Asia Society in New York. The program will be available worldwide via free live webcast starting at 8:30 a.m. New York time.Learn more

This week, U.S. President Donald Trump and North Korean leader Kim Jong Un will gather in Hanoi, Vietnam, for a second summit focused on the future of North Korea's nuclear weapons program. The meeting is a sequel to last June's highly-anticipated summit in Singapore, which resulted in Pyongyang issuing vague promises of denuclearization in exchange for concessions from Washington. Although some observers felt that the gathering between Trump and Kim marked a "paradigm shift" in the contentious relationship between the two countries, Asia Society's Daniel Russel argued that the Singapore summit was, in fact, a disappointment for the United States and a "bonanza" for North Korea.

What can we expect from this year's follow-up in Vietnam? Asia Blog caught up with Russel to solicit his thoughts about Trump and Kim, Part Deux.

Last June, after the first summit between Trump and Kim, you remarked that "not only did Trump buy the same horse again, he paid retail." Has anything in the ensuing nine months led you to change your assessment?

The "horse for sale" that former Defense Secretary Robert Gates warned against is yet another North Korean promise of denuclearization and a limited freeze on overtly threatening behavior such as missile launches and tests. The difference this time around is that North Korea has diluted the definition of "denuclearization" so that instead of the unambiguous "complete, verifiable and irreversible" requirement in U.N. Security Council Resolutions, Pyongyang only offers a vague goal of global disarmament.

What concessions do you think are realistic to expect on both sides?

Mandatory U.N. Security Council resolutions, enacted by the U.S., China, and other powers, require North Korea unconditionally to suspend all nuclear tests and missile launches. So the first question to ask is whether adherence to international law is an obligation, or whether it is a concession for which North Korea can expect payment — let alone payment in advance. The second question to ask is whether concessions made by the U.S. yield actual progress towards eliminating the North’s nuclear weapons. The third question is whether they serve an ulterior North Korean agenda harmful to our interests or those of our South Korean and Japanese allies.

How significant, and likely, would a peace treaty formally ending the Korean War be? Would this be considered a strategic victory for North Korea?

A peace treaty that leaves in place the arsenal of North Korean chemical, biological, and nuclear weapons that directly threaten Americans and our allies is not much of a peace treaty. The path to real peace on the Korean Peninsula begins with irreversible steps by North Korea to eliminate its nuclear weapons program.

One optimistic assessment of last year’s Singapore summit is that the mere symbolism of the two men meeting and shaking hands marked a "paradigm shift" after decades of enmity. Do you think that this effect would be as significant the second time around? Or would it lose its potency?

The effect of the first Kim-Trump handshake was more than just symbolism. So far, it has led to weakened United Nations sanctions enforcement, cancellation of U.S.-South Korean defensive exercises, an end to Kim’s diplomatic isolation, and an expansion of North Korea’s nuclear arsenal. Researchers at the Rand Corporation assess that in 2018, despite its freeze on testing, North Korea increased the destructive power of its nuclear stockpile by some 70 percent. It is critical that the Hanoi Summit yield a process that reduces North Korea’s ability to threaten the U.S. and our allies.

Secretary of State Mike Pompeo recently acknowledged that the prospect of swift North Korea denuclearization was remote, but that nobody saw it as likely as late as 1989 that the Berlin Wall would be torn down. Is this an apt comparison?
We can hope for the best — but hope is not a strategy. If Ronald Reagan had professed his "love" for [Mikhail] Gorbachev, relaxed pressure on the Soviet Union, alienated America’s allies, and allowed the Soviet economy to improve, the Berlin Wall would still be standing.
u.s.-north korea relations
north korea nuclear program
korean war
trump-kim summit
singapore summit
vietnam summit
ronald reagan
daniel russel
asia society policy institute
mikhail gorbachev
donald trump
kim jong un
robert gates
mike pompeo