2013, and Beyond: Why Reform May Be Mission Impossible for China's Xi Jinping | Asia Society Skip to main content

2013, and Beyond: Why Reform May Be Mission Impossible for China's Xi Jinping 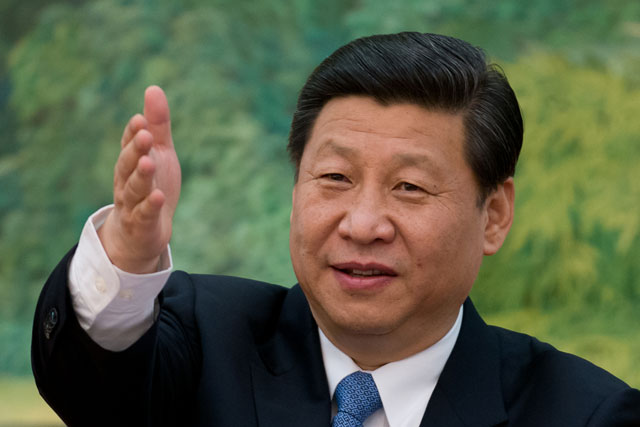 China's newly appointed leader Xi Jinping gestures as he attends a meeting with 'foreign experts' at the Great Hall of the People in Beijing on December 5, 2012. (Ed Jones/AFP/Getty Images)

In China, a new leader’s first trip beyond Beijing has always been an important clue to predict his policy bias. Xi Jinping, the Chinese Communist Party’s newly selected General Secretary, chose Shenzhen as his first destination — the same southern city Deng Xiaoping chose to be the testing ground for his economic reforms.

The parallels go further: In 1992, Deng famously went on a Southern Tour intended to re-invigorate support of his reform measures. Xi chose an itinerary identical to Deng’s —  from Shenzhen to Zhuhai to Shunde to Guangzhou. Many in the Chinese media consequently cheered Xi’s visit as a “new Southern Tour.” Would Xi be a reformer cut from the same cloth as Deng?

Unfortunately, the cheerleaders miss several points. First of all, what does “reform” mean? To Deng, reform clearly indicated marketization and decentralization. But it has become a vague and even confusing term now.

For example, under Zhu Rongji’s state owned enterprise (SOE) reform, many small SOEs entered bankruptcy or were sold, but it did not lead to greater marketization. On the contrary, the refueled giant SOEs became much more powerful and monopolistic. In many profitable industries, the private shares have been largely squeezed out. In terms of tax and fiscal revenue, China has also experienced a huge re-centralization “reform” within recent decades.

The widely anticipated political reform has also been in the air for a long time. In his 18th Party Congress report, Hu Jintao called democratization “the evil way of changing flags and banners.” Xi Jinping was in charge of drafting this report. Xi has yet to specify his conception of “reform,” but it would not be too surprising if his conception is far from what many of his cheerleaders expect.

Xi is not Deng. When Deng felt his reforms had been suffocated, he was able to use his own power and influence to resuscitate them. In his 1992 Southern Tour, Deng, theoretically, was just an “ordinary” Communist Party member (he resigned from his last official position, the President of Central Military Committee, in November 1989). However, China’s two highest military leaders at the time, Yang Shangkun and Liu Huaqing, accompanied him in Shenzhen.

After Deng, China has not had another similarly influential leader. In an attempt to entrench Jiang Zemin’s legitimacy, Deng knighted him with the title of “the core” of Party leadership, a notably superior position to Jiang’s colleagues. Even so, Jiang’s power could not compare with Deng’s.

Hu Jintao did not inherit the title of “the core,” though he was also chosen and blessed by Deng. Xi did not have any political heritage handed from Deng and his selection was more like a compromise between political factions after disgraced Shanghai Party Secretary Chen Liangyu had been surprisingly ruled out in 2007.

Because of this, and the many different political factions and conflicts he will face, any significant policy in Xi’s era will rely on negotiation and compromise rather than an individual politician’s will.

Consensus is another critical precondition of reform in China. In the late 1970s, China’s economy was nearly bankrupt and its people were exhausted by chaos. It was relatively easy for Deng to build consensus by ceasing political struggles, rejuvenating the private sector, and legalizing the pursuit of individual wealth. His policy quickly garnered broad support, from poor peasants to political elites.

But now it is nearly impossible to find any single policy capable of winning support from a wide range of social groups. For instance, private enterprises have appealed for marketization reform for years, but the SOEs have strongly pushed for policy in the opposite direction to maintain their monopolies.

The unspoken relationships between politics and business are even more complicated. According to recent investigative pieces by Bloomberg and The New York Times on the family wealth of Xi Jinping and Wen Jiabao, powerful SOEs have deep and mysterious relationships with top level Chinese politicians.

Effective reforms seem to require the top leaders to regulate themselves first. This clearly cannot be realized simply with another “Southern Tour.”