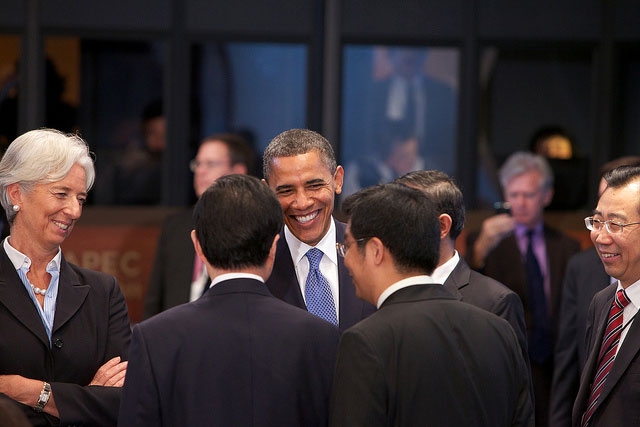 Exactly 100 years ago, on December 12, 1911, the British empire firmly established its new capital in Delhi with full pageantry and began the grand project of building a new city that would appropriately project its global standing.

In my travels through Asia in the past few months, I have been struck by the sense of similar transition underway in the Asia Pacific region. President Obama confidently declared at the recent East Asia Summit that the U.S., the sole superpower at the end of the 20th century, would "pivot" its foreign policy agenda away from the wars in Iraq and Afghanistan to Asia. America is determined to play a major role in the region for a long time to come, he asserted.

It was not lost on anyone that his statement clearly aimed at the rising superpower, China, as much as it was also meant to assure America's friends in the region that they need not feel that China is their only option in terms of great power relationships. It was an acknowledgment that the tectonic shift underway, from cross-Atlantic alliances to cross-Pacific power dynamics, was now firmly established.

When the British performed the great coronation Durbar of 1911, they did not have the benefit of the kind of advance research on future projections that we routinely access today. So, as Obama was declaring America's intentions of being a dominant power in the region, his own administration's National Intelligence Council staffers were putting the final touches on a report projecting that for the first time, America must prepare for its relative decline as a strong global power. Similarly, several different polls in recent years have pointed out that for the first time in America's young history, younger people are convinced that they will be worse off than their parents.

On the face of it, this sounds like a zero-sum game. America loses because China and India rise.

There is another way to look at it. As Fareed Zakaria has pointed out, perhaps there is a silver lining in the new configuration that may see multiple centers of power in which Asia will feature prominently. With power sharing could come sharing of global responsibilities. This would mean that the U.S. would no longer have a disproportionate share in the global burden of maintaining equilibrium. It would also mean that the U.S. would have to become serious about competing and collaborating in the world of new powerful players.

Unlike the British at the beginning of the last century, we have the benefit of both hindsight and foresight. We can adjust our course on the basis of all the information we have about global trends, and recognize that it is up to us to chart a new path as a strong player among equals.