2011: Hu Yong Looks Back on the Year in Chinese Media (New and Old) | Asia Society Skip to main content

2011: Hu Yong Looks Back on the Year in Chinese Media (New and Old) 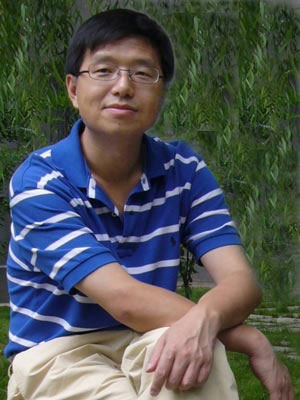 Asia Society Arthur Ross Fellow Susan Jakes talked with Center on U.S-China Relations visiting fellow Hu Yong (Twitter) about internet trends, the Chinese media and what he learned on his visits to Zuccotti Park. Hu, a former print and television journalist, is a professor at Peking University’s School of Journalism and Communication and a leading authority on the Chinese Internet.

SUSAN JAKES: What do you think the most significant developments in world of the Chinese media have been over the course of the last year?

HU YONG: There’s a very important trend unfolding right now that not only pertains to the media but the society at large. It centers around the Chinese word minsheng, or “the people’s welfare,” which is a term that was part of [Chinese revolutionary leader] Sun Yat-sen’s Three People’s Principles [nationalism, democracy and people’s welfare]. It’s a word the current Chinese government has been using lately to try to legitimize itself and to show that it is doing its job of taking care of the basic social services — healthcare, educating, housing etc. — that are its job.

The reason I mention this word is because I’ve been noticing a trend on the Chinese internet that I call the transition from minzuzhuyi, nationalism, to minsheng. I think the nationalist thing is in a downturn. It peaked during the Olympic Games in 2008. That was the year we also had the riots in Tibet. But after the Olympics, people just didn’t find this nationalist logic as appealing as before. The government still plays its nationalist cards — the Shenzhou space program, the launch of the country’s first aircraft carrier. They’re still doing these types of things to rouse people’s nationalist feeling, but I don’t think they’ve been that effective. [Conversations in Chinese cyberspace] revolve around minsheng issues. The high speed train crash in July, was a huge event in Chinese cyberspace. People are deeply concerned about environmental issues, school bus safety, etc.

I would say this is a general trend. A lot of Western observers are concerned about Chinese nationalism and particularly, about its use in cyberspace, but I think these concerns overestimate the role of nationalism.

So you think the internet has the potential to make the Chinese government more responsive to popular concerns and demands?

It’s not just because I study it, but to a great extent, the only useful outlet for the expression of popular concerns in China is the internet. In China we usually don’t have other outlets like elections, so people can’t hold officials accountable, especially not township or country officials. We don’t have an independent judicial system and the traditional media are heavily controlled by the propaganda departments, so that leaves the Internet as, it could be said, the only venue for people to voice their opinions and concerns.

I don’t think many Chinese officials go online, but they do have a mechanism for the aggregation of public opinion by certain personnel. These people are online trying to gather what people are saying and they turn it into a regular reports that are very popular among Chinese government officials.

I think it’s strongly reflected in these reports that the issues in Chinese cyberspace are always these bread and butter issues, and, a lot of “mass incidents” are related to those issues — land grabbing, demolition, even the taxation of small enterprises.

And these events are reported on people’s microblogs?

The message usually appears on microblogs first. People will start to post photographs, what people are saying and sometimes video from the local people who happen to be traveling there. Those kinds of incidents — more than 50 percent — will be reported first on microblogs.

I do think it’s highly positive. But I haven’t mentioned the other side of the story. I think weibo [similar to Twitter] plays a large role in supplying the news. But, at the same time, I’m very doubtful about the extent to which reports of these incidents can truly affect Chinese politics. The leadership’s invoking of minsheng is a response to what it’s hearing about popular concerns via channels like Sina weibo, but it’s not a real response. It’s not a systemic response. Even in the case of the train crash, we know some cadres got punished and the victims received a lot of money by Chinese government standards, but still the State Council promised Chinese netizens it would publish a thorough report on the accident, and it hasn’t. So a lot of problems are just addressed at a superficial level and people are still powerless whenever there are tragedies. So I think it’s only the beginning. The weibo, and the Chinese Internet play a very important role, but not a decisive role. I don’t think they will transform Chinese politics. That’s only a fantasy.

Well first of all, the Chinese media industry is not a monolith. There are still the hardcore media: party newspapers, most of the television stations and radio stations, each province’s provincial newspaper. These are all under the tight control of the propaganda departments. They comprise the traditional channel for the government to try to push information down to the media. But in the past roughly 20 years of the commercialization of the Chinese media there have arisen quite a number of metropolitan newspapers or dushibao. These papers have taken a radical attitude toward the market because they have to compete with other media in terms of advertising revenue, subscriptions, etc. They play to the market. So on a lot of occasions they content does reflect the current transformations of Chinese society. By trying to be close to their readers, these papers reflect much more reality than those of the Party media system.

Then we have new media. The commercial media have a very close relationship with new media, not only because they are trying to migrate content online, they’re trying to use new distribution channels, creating their own apps. But also usually their editors and journalists are highly active in weibo and social media. Some metropolitan newspapers have even made it a policy that journalists and editors must have a weibo account. It’s related to their job performance.They have to be saying something about the newspaper itself or about society in general.

So those journalists active on weibo gather a lot of information from the internet. And people who are not working in the media who have something they want to communicate can easily get direct messages to the journalists. A lot of journalists use their real names and post their news organizations. So there’s a close relationship between the audience and those active journalists.

You’ve just spent around four months here in New York. Even given that you’re highly connected to China via the internet, has being away changed anything about how you see the media or society, has it had an effect on your views of things you pay attention to?

It’s been very fruitful to be in the U.S. Right after I arrived in New York, the Occupy Wall Street movement began. So I went to see the protests and I also read a lot of new media reports on this movement. I think I learned useful lessons from this. In my work, I’m thinking about the different forms and different ways of growing social movements in the Chinese context. So while observing Occupy Wall Street, I was also thinking about how it’s relevant to Chinese social movements in the Chinese context.

And how is it relevant? Because to many observers it might seem the political environments in the U.S. and China are different enough to make comparisons of social movements in the two countries very difficult.

In China, it’s very hard for social mobilization and social movements to be led or organized by individuals, because the government is very heavy handed. Usually, Chinese social mobilization is temporary, improvised and does not have any support from organizations, like those that exist in the U.S., whose main purpose is to organize advocacy, protests, etc. But Occupy Wall Street is not a traditional U.S. social movement.

I was on hand to observe the so-called general assemblies. Everybody could participate, use the “people’s mike.” They take turns speaking, and it’s chaotic. But this leaderless movement is relevant to the Chinese side. As I mentioned just now, I don’t think in China if you have a movement that is highly concentrated on personal leadership, it would be crushed very quickly.

It’s just been reported that the leader of the uprising in the village of Wukan in Guangzhou has been beaten to death, by the police.

So I’m saying that the new kind of social movement, one characteristic is the leaderless organization and the other thing I’m keen on observing how they’re using social media like live streaming, the WePay platform for people to donate, and the Tumblr thing is very emotional and very moving.