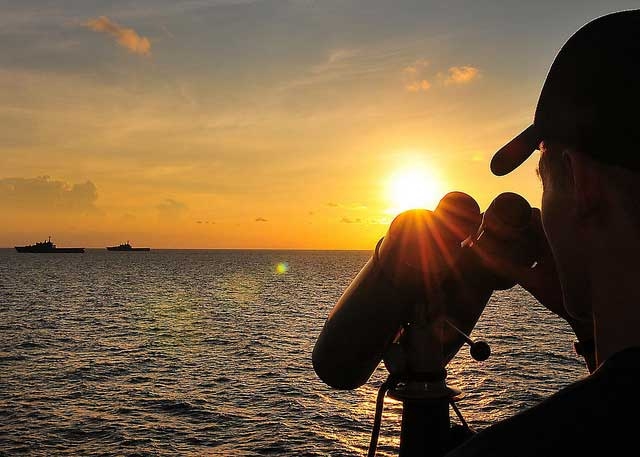 After another year of noise and smoke in 2011, temperatures on the issue of South China Sea have cooled down considerably.

In June, China and the U.S. held their first round of Consultation on Asia Pacific Affairs in Honolulu, and the two sides addressed this issue to better mutual understanding. At the end of August, on the occasion of welcoming Philippine President Benigno S. Aquino III to China, Xinhua News Agency put forward the following statement: "China has always made itself loud and clear that it has indisputable sovereignty over the sea's islands and surrounding waters, which is part of China's core interests."

This seems to set all the rest of the waters comprising the South China Sea as not being a part of China's core interests — virtually assuring China's neighbors and other stakeholders (such as America) freedom of navigation in those regions (which probably account for the majority of the South China Sea).

In August, China and ASEAN agreed on guidelines for implementing the 2002 Declaration of the Code of Parties in the South China Sea. It's possible this will serve as an interim document before a Code of Conduct is eventually put into place. In October, China and Vietnam signed an accord on basic principles for settling their maritime disputes, including conducting bilateral talks to settle relevant disputes if such disputes involve only themselves. At the China-ASEAN meeting in Bali in October, Premier Wen Jiabao declared that China will set up a fund to promote maritime cooperation between China and ASEAN states.

Despite these attempts to state China's position more clearly and loudly, much more effort is needed to dispel distrust and build cooperation:

The above four sets of questions will define peace and stability in the South China Sea — for 2012 and many years to come.

Shen Dingli is a professor of international relations at Fudan University in Shanghai. He is also the executive dean of Fudan's Institute of International Studies, and director of the Center for American Studies. He is an Asia Society Associate Fellow.