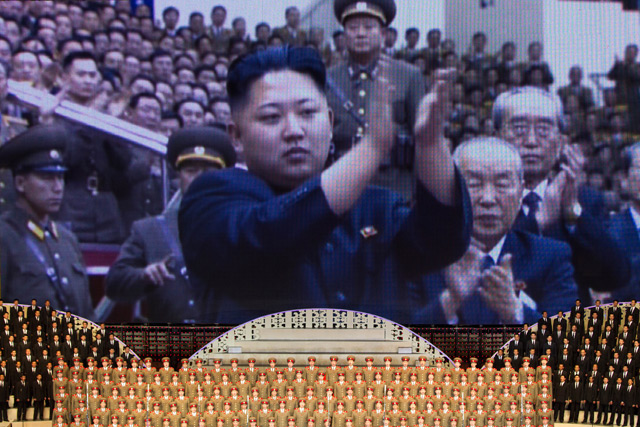 In the newsroom — or wherever the news took me, over a long career in journalism — mid-December invariably brought reflections on the great events of the year gone by, and prognostications of what was to come. A year ago, just back from a Damascus interview with Syria’s beleaguered Bashar Al-Assad, we wondered just how beleaguered he was, how long he would last, and whether the so-called "Arab Spring" had hit a wall, or was just getting started. We wondered whether Greece would last in the Eurozone — and if it didn’t, would it drag Spain and others down with it? We guessed about troop levels in Afghanistan and levels of violence after the U.S. departure from Iraq. And naturally we wondered — ancient history, now — who would prevail as the Republican nominee for the White House and how he or she (remember Michele Bachman?) would fare when the general election came.

One year later, I am not a journalist anymore, and the buzz and talk of the newsroom is certainly one thing I miss. But you don’t lose the curiosity, of course, and I haven’t lost the foolish notion that I have an idea of what another 12 months may bring. Given that I am where I am (at the Asia Society), I focus this December’s musings on the Asian continent. Here, then, in honor of 2013, are 13 predictions. Given my past record, I’d be surprised if any came true.

1. Flareup over the islands. A Chinese maritime incursion brings emergency meetings between Japan and China, brokered by the U.S. All sides announce agreement on general principles in the contested waters, and say much about the notion that mutual interests must override any territorial disputes. (In other words, nothing much is resolved).

2. Flareup in the South China Sea. Some regional nation (Vietnam? The Philippines?) calls an emergency ASEAN meeting to protest Chinese aggression. Much talk of potential sanctions and "we must not stand for this" — again, with a U.S. role — and again, the issue is basically kicked down the road.

3. Asian markets do their usual thing — but for a different reason. Good news from the U.S. — we don’t go off the fiscal cliff, the job market improves, and consumer confidence along with it — all help spur global demand and lead to better-than-expected performances on the major Asian markets.

4. Kim behaves better. Having burnished his credentials at home with a successful rocket launch, Kim Jong Un sets out on the road to at least small reforms in North Korea, allowing more business ventures and outside visits. The bellicose rant-and-rave rhetoric mellows, too.

5. Pakistan (1). A major terror plot is foiled — but not before the investigation finds a Pakistan link that further sours U.S.-Pakistan relations.

6. Pakistan (2). Better news: Businesss-to-business and people-to-people contacts (including Asia Society initiatives!) spur significant breakthroughs on the India-Pakistan front. Not quite peace at hand, but a real thaw.

8. Iran (2). In the wake of Iran (1), negotiations press forward on the nuclear front — and all sides (save Israel) pronounce themselves pleased with the diplomatic efforts.

10. Bangladesh-India-Mongolia are 1-2-3 in Asian economic growth.

11. Where’s China, you ask? They’ll be fine — the big slowdown won’t come — and every month will bring a new Xinhua image that shows that Xi Jinping really is a "man of the people."

12. Where’s India? For all the talk of a sweeping clean-up of corrupt practices, nothing much more happens on this front than in the South China Sea diplomacy. The well-run and well-behaved Tata Sons thrives under new leadership, but otherwise the stories of graft only spread, as does the drag on growth.

13. "Gangnam Style" viral man Psy produces a sequel that crashes YouTube and Twitter for a day and has parents all over the world wondering how to stop their children from dancing inappropriately in their living rooms.

What predictions do you have for 2013? Tell us what you think in the comments below.