Beyond 'Ching-Chong,' or The Changing Face of Comedy | Asia Society Skip to main content

Beyond 'Ching-Chong,' or The Changing Face of Comedy 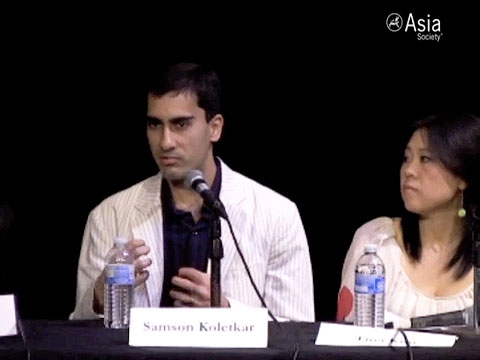 Ha kicked off the discussion by asking the comedians when they discovered they could produce laughs for a living. They all pointed to iconic Asian comedians—Margaret Cho, Russell Peters, and Steven Chow were singled out as role models. Nevertheless, each of the panelists faced an uphill battle. One central challenge is stereotyping. Price argued that historically, Americans have maintained a "dominant perception that Asians don't have a sense of humor." Worse still has been the historical prevalence of what the panel called "ching-chong," stereotypical humor that reduces the performer to an Asian caricature for the sake of cheap laughs.

Kim originally followed in the footsteps of "the only person who was Asian on TV," broadcast journalist Connie Chung, before turning her attention to comedy. Meanwhile, Koletkar started out as a software engineer; as he described it, India had "no point of reference" for standup comedy. Explaining his choice to become a comedian to his mother, she could only reply, "What's that?" Li, on the other hand, started working clubs at 16 years old and had to rely on his mother as a chaperone.

The comedians also diverged in their approach to race and identity. Though they all agreed that a good comedian responds to the audience, Koletkar explained that he has a "core of jokes" based around his perspective as an Indian Jew new to America. Kim uses the makeup of the audience to adjust her routine. While her repertoire includes jokes about her Korean heritage, she pulls them out only if the audience includes Asians. Finally, Li said that he likes to play with Asian stereotypes, turning them around and transforming them from a hindrance to a benefit. "Yeah, I know kung-fu," he joked, "Watch out!"