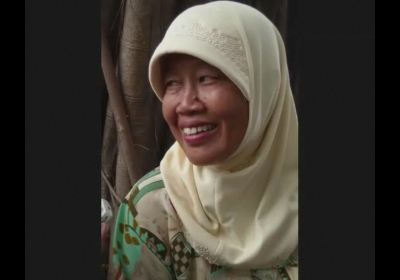 In Jogjakarta, Indonesia, students made a video about why people in their community believe in superstitions as part of Asia Society's Creative Voices of Islam project. They were assisted by two youth media organizations: Appalshop (US) and Kampung Halaman (Indonesia).

This video was made by students at Public High Schools 1, 3, and 8 in Jogjakarta, Indonesia to share with students in Asia Society's International Studies Schools Network in Charlotte, North Carolina and Mathis, Texas. After you watch the video, read what the students thought and post your own comments!

Creative Voices of Islam is a three-year initiative implemented by Asia Society with support from the Doris Duke Foundation for Islamic Art. The goal of this initiative is to foster an increased understanding of the diversity of experience and voices within the multicultural societies of contemporary United States and Asia. The initiative includes a series of exhibitions, cultural events, and public programs at Asia Society’s headquarters in New York City, as well as a youth media exchange between high schools in the U.S. and Muslim countries in Asia.