Why not aim for Gold in Beating Climate Change, too? | Asia Society Skip to main content

Why not aim for Gold in Beating Climate Change, too? 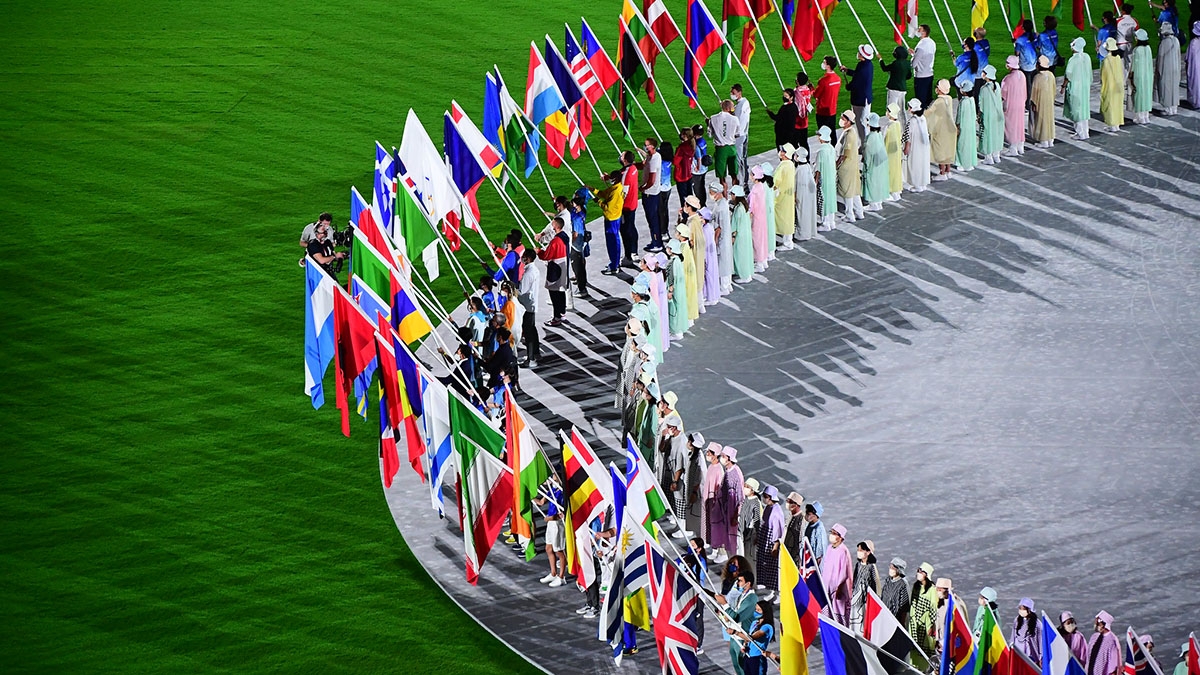 As we strike more and more gold in the Olympics, Australia's place in the race for more urgent climate action is being watched around the world.

There are fewer than 100 days left until the UN COP26 Climate Change Conference. It is squarely focused on turbocharging global action and ambition on climate change, as all countries agreed to do so in the historic Paris Agreement - including Australia.

This week the Intergovernmental Panel on Climate Change issued another report. We already know the conclusions: the climate threat is getting worse, the time to act urgently is now. Events around the word underline the point: towns washed away in Germany, subways turned into stormwater drains in China, forests fried in the United States, and so many more lives lost in India.

All eyes are on whether we sign up to net-zero emissions by 2050.

The government says it needs confidence before committing. That's not going to come from the numbers: we consistently get the assumptions and numbers wrong for next year's GDP, let alone three decades out.

Such a commitment is by no means sufficient. Our swimmers were committed to winning gold, but they had to do the hard yards. That is what the world is seeking from us: the policies and resources, the actions that deliver.

The government emphasises technology. Yet technology does not just materialise. It is born from the sort of supporting frameworks that have allowed our swimmers to thrive. Look at the clean energy policies and investments made by Germany which spurred Chinese manufacturers - supported by significant IP from Australia - and ushered in the renewable energy revolution.

It's not as if we don't have options. Ironically the climate wars have made us something of a laboratory for different approaches, so we have a familiarity and expertise, if not many of the building blocks, for effective action already in place. Here are six obvious contenders.

We got so close to a national energy policy with the National Energy Guarantee, which would have ensured supply, affordability and Paris-aligned emissions reductions. The only bit of politics that got in the way was knocking off a Prime Minister. Business, investors, states and communities are clamouring for a breakthrough, where solutions are readily to hand.

The world's motor companies are committing to phasing out combustion engines in the next 10 to 15 years. That's our children's cars. Seriously rolling out the infrastructure to support what is already upon us defines low-hanging fruit.

Demand for carbon credits to offset emissions is growing worldwide. Australia is well placed to be a leading supplier, for an industry set to be equivalent to our wool industry. A significant land initiative to create credits from our forests, land and seas (mangroves sequester much more carbon than forests) would also provide additional income for farmers and regions, while the techniques and technologies to create credits build the resilience of our land to drought and floods. Win-win-win.

The government's "safeguards mechanism" puts limits on what our major emitters can emit. If they go over, they have to buy carbon credits, for example from other businesses, to offset the excess. So we all but have a cap-and-trade system in place. But it's a Claytons one, as the limits are too low. They could be increased without breaking the bank of the companies involved - or vote banks.

There are things that could be achieved with a regulatory flick of the pen. We are all familiar with energy standards for our fridges, washing machines and dryers. Yet we have little in place for buildings. Even if the government regulated stronger energy standards and minimum low-carbon materials for the buildings it owns - never mind the rest - that would see significant emissions reductions. The same is true of its procurement policies, such as buying EVs as part of rolling out that national infrastructure.

Finally, finance. Global financial centres are now competing to be green finance hubs, given where the world economy is going. Sydney and Melbourne could be prime contenders. A good start would be support of the global financial trend to integrate climate risks and opportunities into financial decision-making. The Commonwealth Treasury could lead by example on its (our) investments, comforted by the fact that over 80 per cent of major G20 companies are doing so as best practice.

Over 70 per cent of Australians now regularly say they want to see action on climate change. They are watching with the world, where in truth we don't even have to go for gold to be in the race - although, looking at our Olympians, we should dare to dream.

Patrick Suckling is a senior fellow at the Asia Society Policy Institute, a senior partner at specialist climate advisory and investment firm Pollination, and a former Australian ambassador for the environment.

This piece first appeared in the Canberra Times on Friday 6 August 2021.