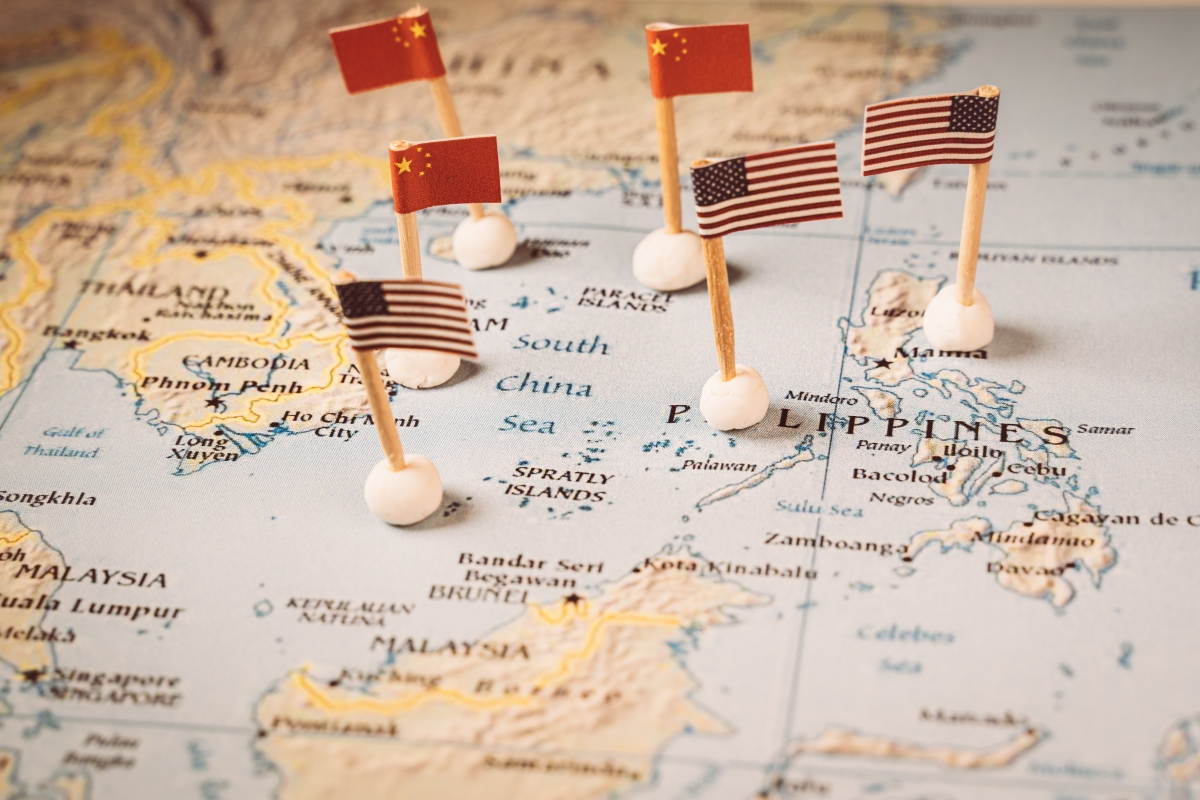 On Monday, May 9, the Philippines will elect a new president and vice president, who are chosen separately in a “first through the post, winner takes all” system. Two clear front runners have emerged with divergent views on how the Philippines should navigate a world with increased great power competition.

Ferdinand “Bongbong” Marcos Jr. is leading the most recent poll with 56%. He is the son and heir apparent of his late father, former dictator Ferdinand Marcos Sr., and his candidacy is seen as the final step in the rehabilitation of the Marcos family. His campaign, which has spread disinformation on social media aimed at the youth population, has centred on “unity” and his running mate for vice president is Sara Duterte-Carpio, daughter of the current president.

Maria Leonor “Leni” Robredo has garnered 23% in the poll. She is a former human rights lawyer and current vice president who has become one of the government’s staunchest critics. She is campaigning on a platform to increase trust in government, bolster the country’s healthcare system, and widen the social safety net.

Over his six-year term, current President Rodrigo Duterte has attempted to draw closer to China but encountered several obstacles. In his first six months in office, Duterte travelled to Beijing from where he returned with US$24 billion in promised loans and grants for his signature infrastructure program Build! Build! Build!. Since then, popular frustration has been growing over what is seen as a lack of results from these investment pledges.

Although the Philippines’ largest trading partner, China lags behind in terms of direct foreign investments; between 2019 and 2021, China’s foreign investments flows amounted to $496 million compared to Japan’s $1.6 billion, the EU’s $654 million, and the United States’ $607 million.

In recent years, China has become increasingly aggressive in the disputed waters. While generally content with Duterte, Filipinos want to assert their rights over disputed islands.

In 2020, Duterte announced the termination of the Visiting Forces Agreement (VFA) with the United States, from whom he had declared a “separation” in 2016. A year later, Duterte retracted the termination amid resistance from Senators and the military, as well as large COVID vaccine donations by the United States (22 million doses compared to China’s 5 million by the end of 2021).

The next president will have some autonomy in making foreign policy and the two front runners have spelled out different visions.

Marcos is expected to continue Duterte’s pragmatic approach to China, although probably less erratically. He would keep a keen eye on any economic benefit to be drawn from China, having put pandemic recovery at the centre of his election campaign. Marcos has vowed to maintain the “special relationship” with the United States but “be friends with everyone”. China is likely to seek as close a relationship with Marcos as Xi Jinping enjoys with Duterte, which they have described as a personal friendship. Such an approach would leave China well-positioned to increase its influence in the Philippines over time.

Marcos has repeatedly said that the Philippines’ 2016 arbitral win against China could not be enforced and that a bilateral deal on the South China Sea was practical (this is China’s preferred option). But in February, he floated the idea of deploying navy ships or coast guard vessels in the disputed waters. This back and forth should not be read as Marcos’ abandoning his preferred approach to China but rather the imperative of being seen from time-to-time to respond to concerns in the Philippines defence establishment and popular opinion, which remains distrustful of China.

Robredo on the other hand has promised a course change. She has been critical of Duterte’s “reckless” China policy and has criticised his transactional approach to foreign policy. She has outlined an “inclusive and independent” foreign policy that favours no specific country and has mentioned the importance of traditional partners, including the United States, Australia, Japan, South Korea, and Europe. Robredo has said she would pursue deals with China but called the 2016 ruling “non-negotiable” and has pledged to build alliances and rally ASEAN in establishing the Code of Conduct for the South China Sea (in the making for over 20 years).

When Filipinos head to the polls next week, they will decide the future direction of the country’s contested foreign policy at a time when the whole region, traditionally intent on retaining autonomy, is increasingly under pressure to align with either China or the United States. Under a Marcos presidency, the country would likely draw closer to China, while a Robredo presidency would probably see strengthened ties with traditional allies, including some ASEAN members, the United States, and Australia.