Watching from the Backyard: What Russia’s Invasion of Ukraine Means in the South China Sea | Asia Society Skip to main content

Watching from the Backyard: What Russia’s Invasion of Ukraine Means in the South China Sea 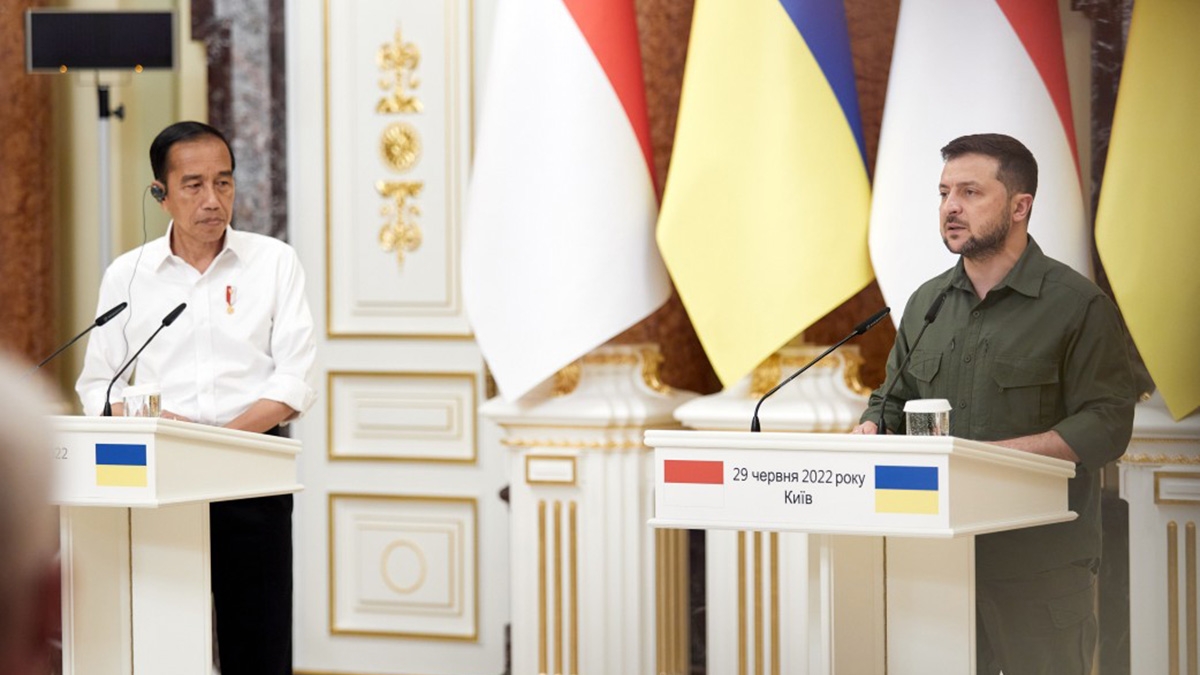 The ten Association of Southeast Asian Nations (ASEAN) foreign ministers will meet shortly in Cambodia for their traditional mid-year gathering. ASEAN should use the opportunity to think harder than it has to date about the dangerous implications of Russia’s invasion of Ukraine for Southeast Asia.

On the geopolitical front, eyes are fixed on China. Many are concerned that Beijing’s support for Russia reflects how it might act in the region at some future point.

The war in Ukraine is an example of norm regression. Russian propaganda distorts international jurisprudence on wars (such as justification and conduct) and utterly disregards international covenants (such as a nation’s right to self-defence and dignity of human life).

The Kremlin’s justifications for the invasion – calling it a “special military operation”, the invocation of Article 51 of the UN Charter and the Genocide Convention – are all legally unfounded. Russia is now relying on illegal weapons trafficking to supplement its needs (following the unprecedented barrage of economic sanctions) and is resorting to the use of banned weapons.

Russia’s perverse twisting of international law could well encourage other countries to use similar tactics to justify aggressive or illiberal acts.

Meanwhile, South China Sea claimant states in Southeast Asia are locked in their own struggle with norm regression.

The Declaration on the Conduct of Parties in the South China Sea was signed by China and ASEAN member states in Phnom Penh, Cambodia, in 2009. The Declaration itemised guarantees that parties would responsibly enjoy and uphold in the South China Sea, including freedom of navigation (overseas and overflight), peaceful settlement of disputes, and self-restraint in the conduct of activities. Countless consultations have been held and communiqués issued in correspondence with the Declaration, apart from the final point in the list – the adoption of a code of conduct.

The code of conduct would be the culmination of the Parties’ commitment to regional peace and stability, institutionalising the promises and guarantees made in 2002. Yet China and ASEAN have failed to come up with a code of conduct for twenty years.

No change is expected in the interim, with the most significant movement being in 2018 when ASEAN and China announced the agreement on the Single Draft South China Sea Code of Conduct Negotiating Text (SDNT). The SDNT serves as the basis for the code of conduct with a substantial portion of its main body comprising various proposals to prevent, manage, and settle disputes in the South China Sea.

The idea of a code of conduct was hatched by ASEAN in the 1990s in efforts to pre-empt great power competition. The situation has significantly changed as China effectively controls the South China Sea. China has achieved this through various strategies: adamant declarations of its nine-dash line claim; annexing and militarising features; unilaterally creating the Coast Guard Law, which empowered and armed its auxiliary units; and the use of so-called grey zone operations – provocative measures below the threshold of a full-scale conflict that effectively prohibit claimant-states from accessing certain maritime features.

China’s grey zone operations are of particular concern: they exploit the space between peacetime and wartime and are cleverly calibrated to avoid direct confrontation in the maritime domain. A clear series of examples is in the Philippines: after the passing of China’s Coast Guard Law, the Whitsun Reef debacle and the Second Thomas Shoal incident occurred within the span of a year (2021). An effective counter strategy so far has been to document and publicly call out grey zone operations.

Every instance of norm disruption from China is an affirmation to bend or outright undermine international law, pushing smaller countries aside. Thus, a code of conduct is needed now more than ever.

The norms of the rules-based order must be preserved. To achieve this, the code of conduct must be prioritised at all costs. The war in Ukraine has shown ASEAN how great powers continue to establish spheres of influence through conventional and unconventional methods of warfare and how quickly a region can be destabilised by conflict. It also displays how countries caught between the wider conflict of the great powers are disproportionately devastated by war.

ASEAN must realise that lack of unanimity in its strategy towards China is inherently detrimental to its security. Taking a more proactive and immediate role in preserving a rules-based norm in the region would empower and strengthen ASEAN centrality in determining its future as a peaceful and prosperous region.

ASEAN’s maritime states must work together and bring other member states into their discussions. Increasing deterrence by individual ASEAN member states would do little against a possible conflict between great powers.

Additionally, ASEAN must continually reaffirm the Declaration while documenting China’s maritime activities. Most importantly, the 2016 Arbitral Award must be leveraged to bring Beijing into negotiations. The weight of legal merit presently favours ASEAN, and the momentum will only last for as long as ASEAN makes use of it.

The author would like to thank Carlos Earl Andres Mendoza for his invaluable assistance in preparing the final draft of this article.