Strengthening Australia-India ties is now more important than ever 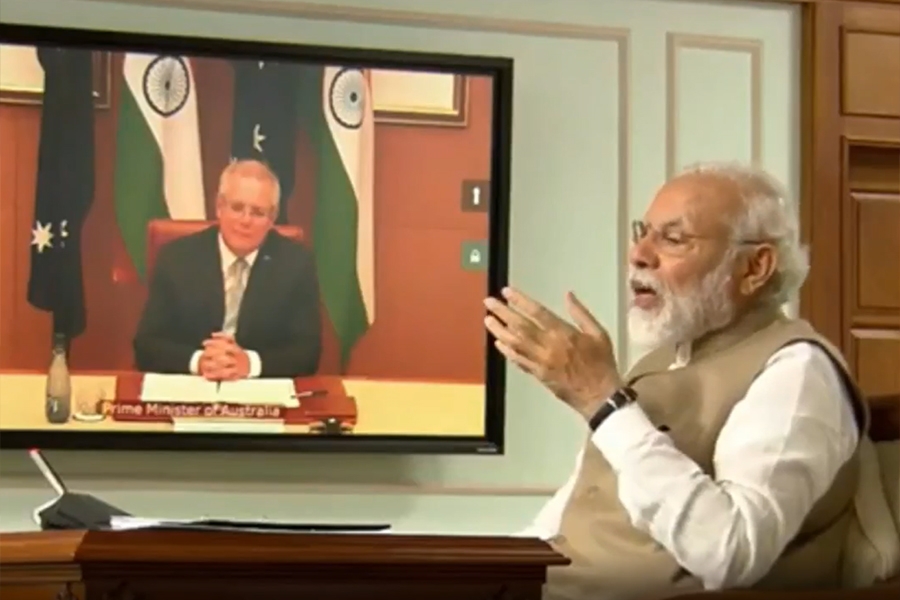 Australia and India share historical ties from the very inception of New South Wales in 1788. The British East India Company was conferred an exclusive right to control all trade to and from Australia, and it was an important contributor in the economy of both the East India Company and Australia.

What is not widely known is that 16,000 Indian troops fought alongside Australian soldiers in the Gallipoli campaign – a defining moment in the creation of the ANZAC legend ingrained in the national psyche. About 1,600 Indians soldiers died and over 3,500 were injured – the courage, camaraderie and sacrifice of Indians with ANZACs is extensively documented by distinguished Australian historian Prof Peter Stanley in his book, Die in Battle, Do Not Despair – The Indians on Gallipoli, 1915.

While we have strong historical ties, it is time to interweave our future and forge socio-economic ties that are beneficial to the people of both countries and herald a new era for bilateral relationships.

Earlier this month was a momentous point for Australia-India ties as Prime Ministers Morrison and Modi reaffirmed their strong commitment to closer diplomatic, economic and cultural ties during the ‘Virtual Summit’. And it set the platform for taking India-Australia ties beyond the popular ‘three Cs' – Commonwealth, Cricket and Curry.

Canberra and New Delhi ties have seen significant growth over the last decade and both governments recognise the immense economic and strategic potential in the partnership. The importance of this relationship is evident from the fact that in the last few years there has been regular diplomatic exchange, including head of state dignitary visits. While the Australian government commissioned the India Economic Strategy report in 2018 - which outlines a roadmap to transform economic relations with India - an equivalent Australia Economic Strategy report from the Indian government is to be released soon.

Post-COVID-19 uncertainty and the resulting impact on the global economy will necessitate a close economic corporation as businesses reassess, reconfigure, and reinvent themselves after the disruption and prepare for the new normal. COVID-19 has also brought several opportunities for the countries to partner over this complex situation and the aftermath of the pandemic.

There is an economic complementariness between the two economies which further enhances the scope for collaboration. India is a vibrant economy with more than a billion people, while Australia is rich in natural endowments along with certain sectorial advancements. The following sectors will be pivotal to unlock the economic synergies and bolster trade between the two countries.

Education: While Australia is already a key destination for Indian students, there is scope to reinforce this education partnership and take it to the next level. The Indian government has a key focus to upskill 400 million people by 2022 through the Skill India program. Australia, as a world class education provider, has the opportunity to explore and partner through public-private collaboration and online vocational education.

Minerals and resources: Australia is enriched with significant natural resources and many critical raw materials. India is deeply committed to the ‘Make in India’ initiative – to increase the contribution of its manufacturing sector to its economy and reduce external dependency. Australia can support India to develop supply chains for critical raw materials for manufacturing including nickel, antimony, cobalt, lithium and rare earth elements.

Renewables: Both countries are world leaders in transitioning their electricity supply to low-emission renewable sources of solar and wind power. There can be enhanced cooperation through new technological innovations in smart grids, batteries, and energy efficiency; energy can become a cornerstone of this bilateral engagement.

Agri-business: Nearly half of the Indian population depends on agri-based livelihood. While India has achieved self-sufficiency, the production is resource intensive and low on productivity, which is a growing concern. Australia can become a trusted partner in agricultural innovations and R&D, which is necessary to sustain agricultural productivity growth in the long-term. This can be a new source of growth for Australia’s agri-tech sector.

Tourism: India’s outbound travel market is among the fastest growing in the world, with an annual estimated 25 million travelers, who spend more than $25 billion. Currently Australia’s share of this is less than 2%, welcoming 380,000 travelers. There is immense potential to grow this by making travel easier and improving the direct connectivity of flights.

An intergovernmental task force with senior members and experts should be set up to execute and implement economic cooperation between the governments. This task force can interact on a regular basis to review the progress and problem solve wherever there are challenges in the implementation. This will significantly aid and streamline business and investment between the countries.

Both the governments should also look to restart negotiations for a bilateral agreement – the Comprehensive Economic Cooperation Agreement (CECA), which commenced in May 2011. There have been multiple rounds of negotiation so far, the latest of which was held in September 2015. While there are some key sticking points in the CECA, this agreement will provide a major boost to trade, investments and socio-cultural exchanges.

Governments in both countries have a unique role to play in enhancing the understanding of Australia in India and vice versa through cultural diplomacy. It’s a known fact that at a community level we know very little about each other. A deeper understanding of the communities in both countries, and finding a shared sense of purpose, will greatly define the progress that we will make in bilateral ties over the next few decades. For example, India’s film industry can be one of the means for cultural exchange between the people (as is evident from the millions of Instagram views for cricketer David Warner’s dance videos on Indian songs.)

In the years ahead, both countries will increasingly matter for each other and the relationship between Canberra and New Delhi is now more important than ever. A point made by then Australian Foreign Minister Stephen Smith in 2008 deeply resonates today: “It is under-appreciated that Perth and Chennai are closer to each other than Sydney is to Seoul, to Shanghai, or to Tokyo… As the world sees the potential of an Asian/Pacific century unfolds, Australia sees India at the heart of this historic shift in political and economic influence.”