CANBERRA, July 8, 2014 — Saying that his country is keen to promote shared norms for trade in the Asia-Pacific region, Japanese Prime Minister Shinzo Abe pointed to the Japan-Australia Economic Partnership Agreement, which he and Australian Prime Minister Tony Abbott signed on Tuesday as a pact that would accelerate the liberalization of trade and investment between the two countries.

“With a Japanese-Australia EPA put in place, the two countries’ economic relationship will be enhanced to a new dimension. It also will lead to ensuring competitiveness and facilitating activities for companies and investors. And a stable supply of energy and resources will be strengthened,” Abe said.

Abe spoke in Canberra at an event for business leaders that was organized by Asia Society Australia along with collaborating partners – Australia Japan Business Co-operation Committee, Japan Australia Business Co-operation Committee, Federation of Japan Chambers of Commerce & Industry in Australia, Australia Japan Foundation, Asialink, Australian Chamber of Commerce & Industry and the Business Council of Australia. His visit included a speech to the Australian parliament and a meeting with Prime Minister Abbott. Prime Minister Abe came to Australia from New Zealand and was headed next to Papua New Guinea.

Prime Minister Abe underscored Japan’s need to increase investment in the private sector, which is an element of the “third arrow” of "Abenomics," a structural reform plan, announced in June 2014, that aims to help pull Japan’s economy out of its long slump.

“We are advancing reform of the labor system,” Abe said, pointing to agriculture and health care as two sectors of Japan’s economy that stand to benefit from the reforms.

Asia Society Australia Chairman, The Hon Warwick Smith AM said the elevated relationship on trade and investment was “absolutely essential” for Australian growth. “It’s more than symbolism — it actually has deep meaning. What’s important for us is that Abe is having a deep commitment to the friendship and the trade,” he said after the Japanese leader spoke at at the lunch.

“Abe is basically saying we’ve done this trade agreement and now we’ve got to do the TPP. He wants to go down the continuum and that’s to our advantage. My sense is that it’s a much stronger embrace than we might otherwise have expected.”

Also on Tuesday, Abe and Abbott signed a new bilateral agreement encouraging the transfer of defense equipment and technology. News reports anticipating the agreement suggested that the new agreement would clear the way for Japan to provide Australia with technology for advanced submarines. Earlier this year, Japan ended a longstanding ban on the export of military hardware.

The new agreement reflects Japan’s new stance toward military engagement, particularly within the Asia-Pacific region. In May, while speaking at the Shangri-La Dialogues, a security meeting in Singapore, Abe said that Japan would provide support to countries in their territorial disputes with China. Last week, Abe announced that Japan had reinterpreted its constitution in a manner that will allow the country to come to the defense of its allies that are under attack. 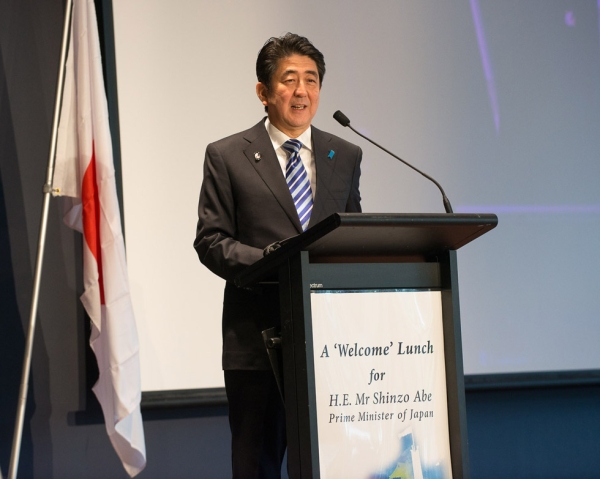 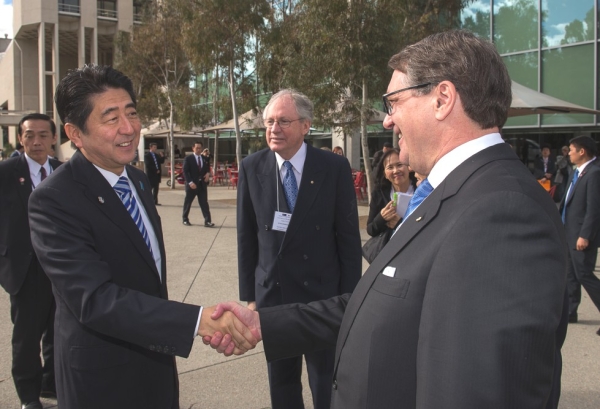 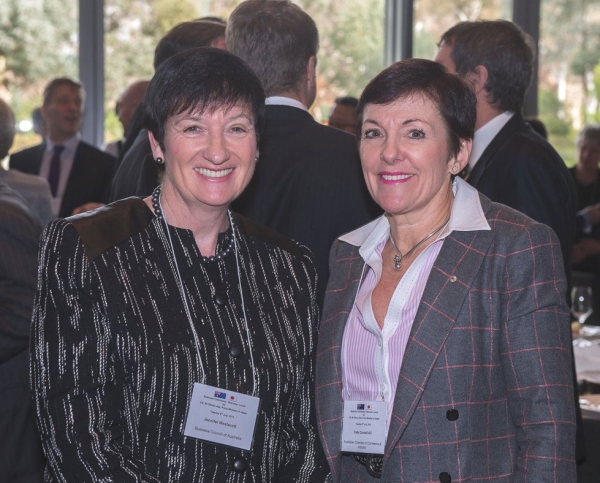 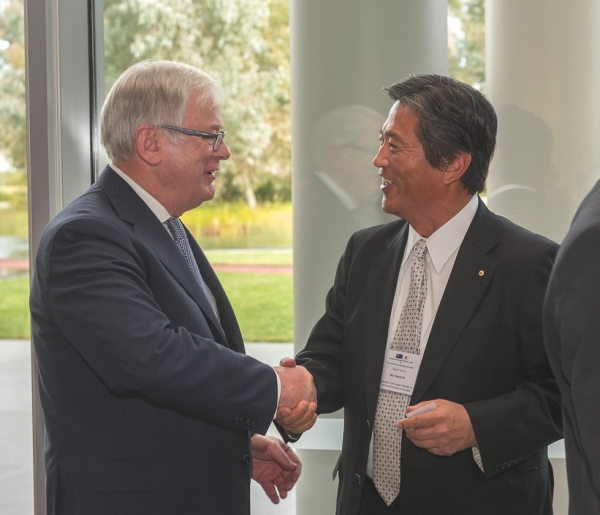 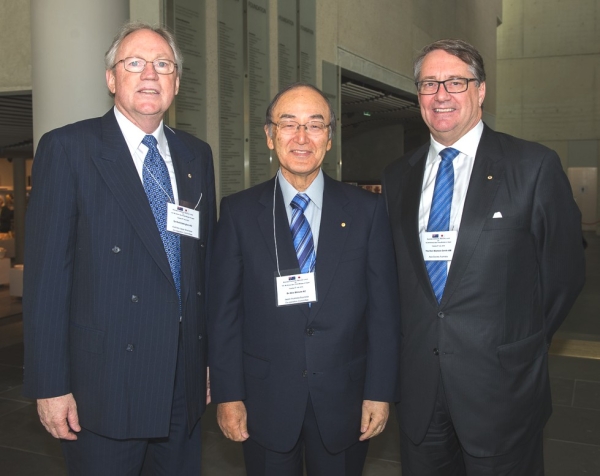 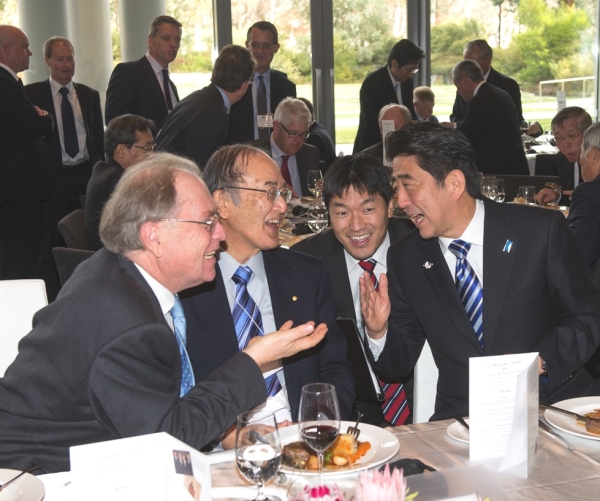 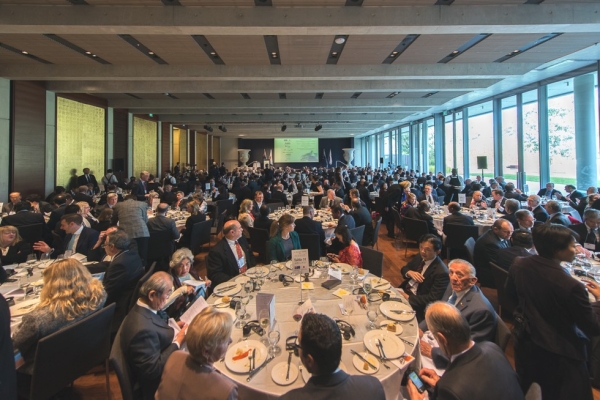 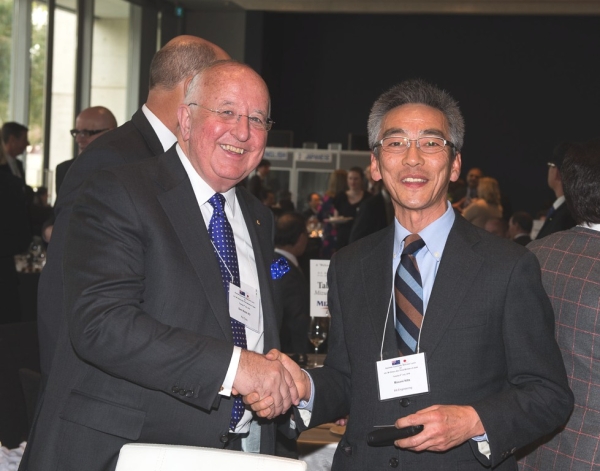 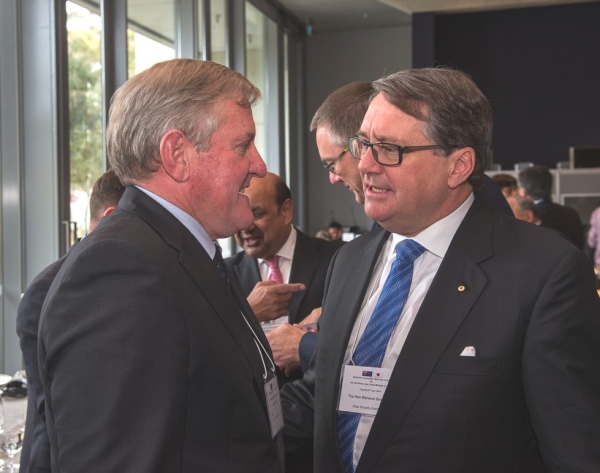 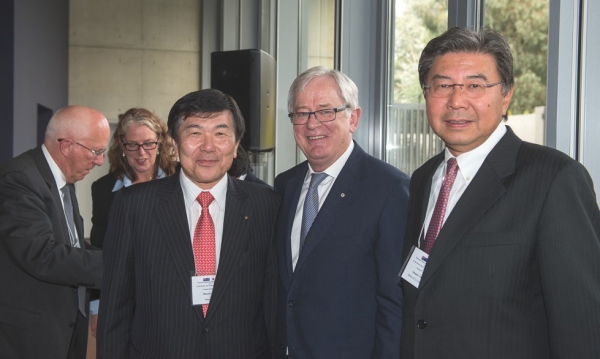 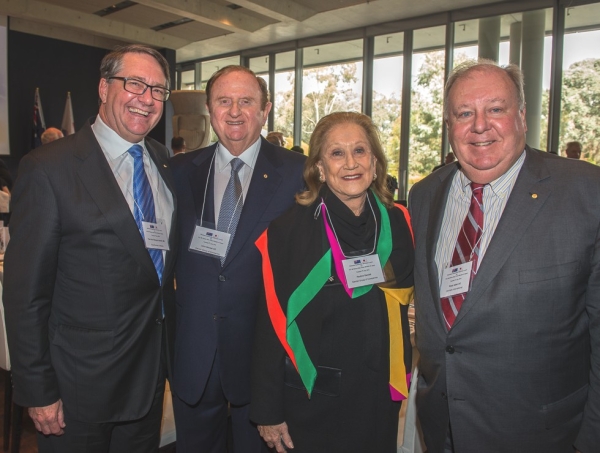 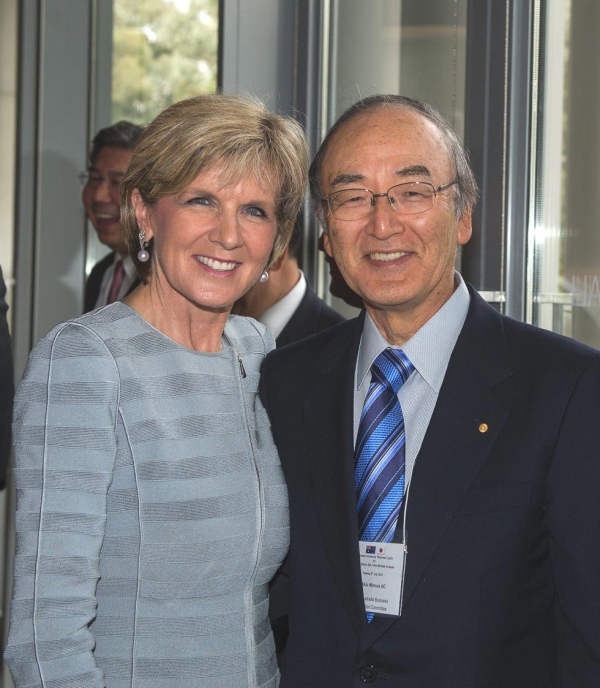 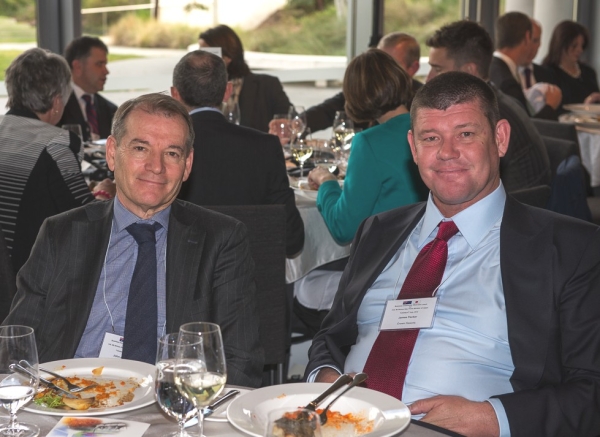 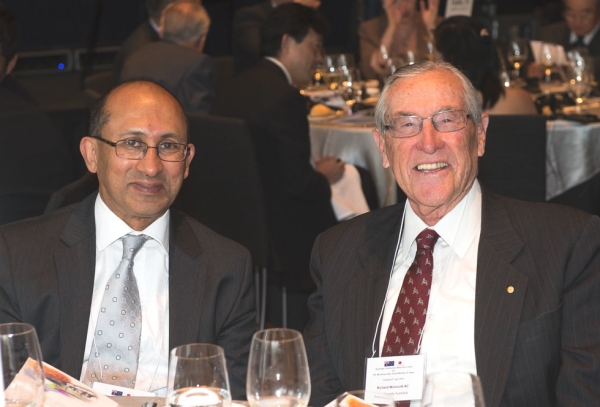 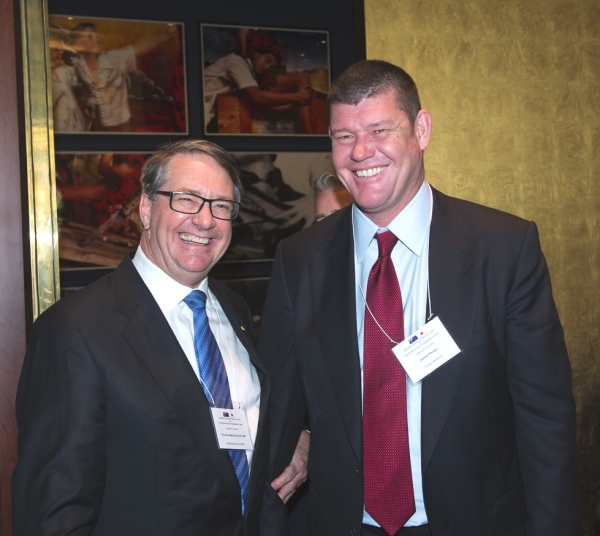