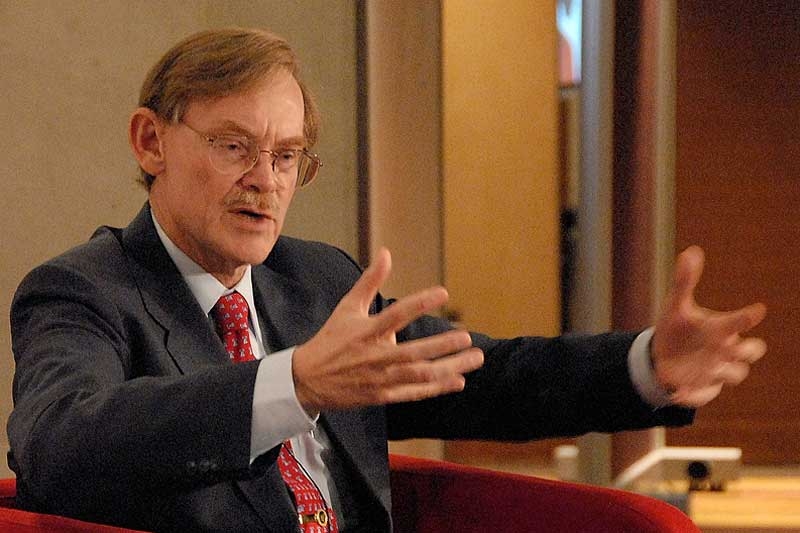 SYDNEY, AUSTRALIA, August 14, 2011 — China is a vital but "reluctant stakeholder" in the current wave of Western financial woes, said Robert B. Zoellick, President of the World Bank.

Zoellick told listeners that China benefits from the international system and needs to "share the responsibilities" of that engagement, for the sake of both sides of the Pacific.

"The whole model going back to Deng Xiaoping is to link to the international economy," he said.

As the United States faces the prospect of a "double dip" recession, a new level of international cooperation will be required to avoid a crisis.

"The emerging markets represent a world turned upside down," said Zoellick, explaining that beyond China, India and the rapidly developing economies in Southeast Asia, changes in sub-Saharan African countries were also altering the way in which the world responds to global financial crises.

The World Bank President devoted much of his address to China, recognizing a range of achievements between the Bank and the rapidly growing economic superpower.

Zoellick also identified a range of reforms that the Bank has recently suggested to China, including the need to set sustainable growth models, protect its environment and modernise fiscal systems. He also expressed apprehension at China's decreasing labour force and lack of homegrown innovation.

The World Bank President began his visit to Australia in Perth, attending the Australian American Leadership Dialogue — a high-level private initiative bringing together Australian and American leaders to define and debate the relationship between the two countries.  The Australian delegates were led by Prime Minister Julia Gillard and the Federal Opposition leader Tony Abbott.

Zoellick was chosen by the AALD to receive their recently instituted annual award, the 2011 Leadership Dialogue Honour. Last year's recipient of the AALD award was Richard Woolcott AC.

Prior to joining the World Bank, Zoellick was United States Deputy Secretary of State. He has also previously held the position as managing director of Goldman Sachs.

Reported by Will McCallum

Coverege by AFP. Reprints include The Botswana Gazette, El Financiero (Mexico), The Peninsula (Qatar), The Business Times (Singapore) and The China Post (Taiwan)

Coverage by Bloomberg. Reprints include the San Francisco Chronicle

Coverage by the U.K. Guardian

Coverage by The Business Spectator (Australia)

Coverage by Business Ghana and AllAfrica.com