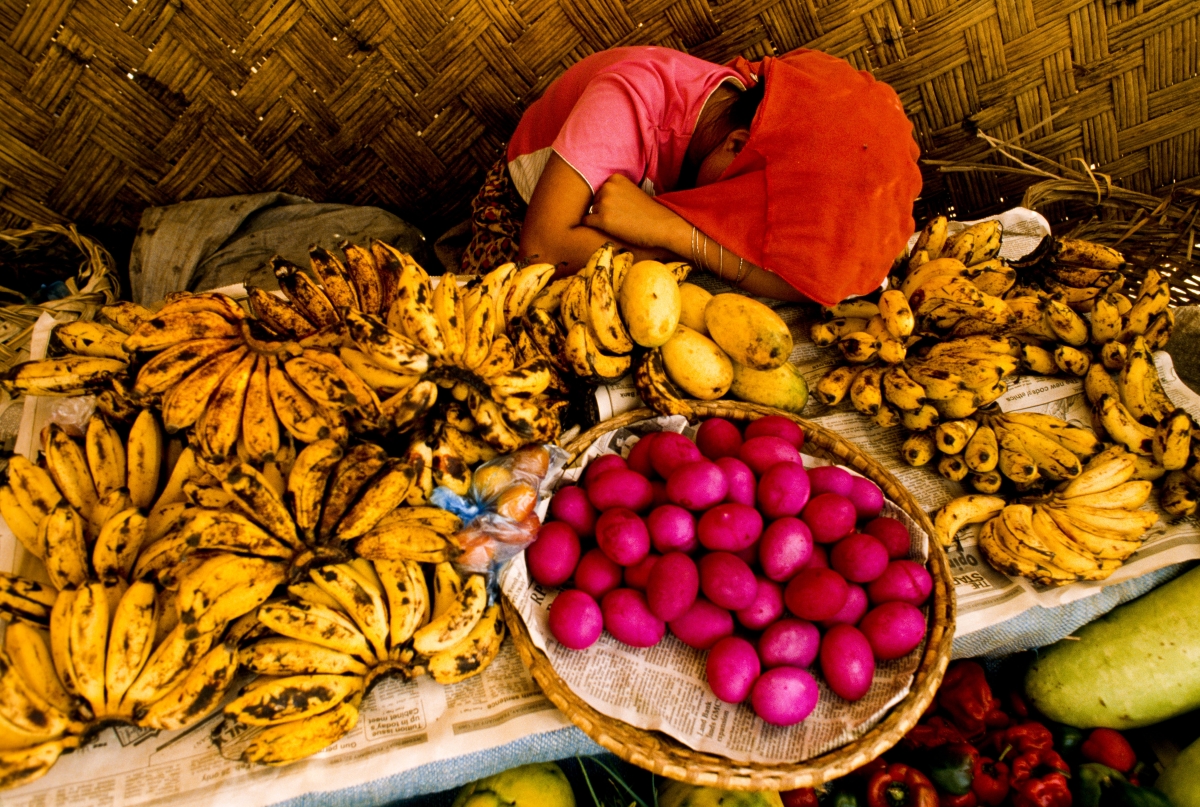 Empowering women is a long-term agenda of the region’s social transformation. Are the current policy approaches working?

The launch of the ASEAN Economic Community in December 2015 was heralded as a momentous occasion for the grouping. However, it is anticipated this push for regional economic integration will have a detrimental impact for women across South-East Asia. This was the key finding of a study published by the ASEAN Secretariat that charted the projected gender impacts of the ASEAN Economic Community, with the reason for this disparity being that women are not located in those sectors that are positioned to grow.

The ASEAN Economic Community will thus exacerbate already substantial gender inequalities. The Gender Inequality Index (GII) produced by the United Nations Development Program is one of few measures available that record data for almost all ten ASEAN countries. It is a composite measure of inequality in achievement between women and men across three dimensions: reproductive health, empowerment, and economic status. The GII clearly highlights the pervasiveness of gender inequalities across South-East Asia: the majority of ASEAN countries cluster in the mid to lower-end of the rankings, with Cambodia ranked lowest at 112 of 159 countries.

While highlighting some of the starker gaps between women and men across the region, the GII doesn’t include other inequalities that are harder to consistently measure across countries. One is the gender segmentation of labour markets. Across South-East Asia, women are far more likely than men to be in vulnerable employment, and to be contributing unpaid labour through domestic work. Also absent from this index is gender-based violence: over 40% of women in South-East Asia have experienced gender-based violence.

In response to the persistent and pervasive gaps between women and men alongside the projected negative impacts of the ASEAN Economic Community, a variety of actors have rallied around the agenda of empowering women. ASEAN, donors, NGOs, and companies across South-East Asia are now backing this goal through a range of projects.

One example is the public-private partnership, the Japan ASEAN Women’s Empowerment Fund. This was established in 2016 by Japanese aid agencies and Blue Orchard, a commercial microfinance intermediary, to invest US$120 million in female micro-entrepreneurs. Similarly, the Women’s Livelihood Bond was developed by Singapore-based company, Impact Investment Exchange, and is guaranteed by USAID and DFAT. This four-year bond offers a coupon rate of 5.65 per cent, and was listed on the Singapore Stock Exchange in August 2017. It is advertised as impacting the lives of over 385,000 women across South-East Asia through microfinance programs in Cambodia, Vietnam and the Philippines.

These recent programs are indicative of the broader trend in the development sector to focus on women’s economic empowerment, and within this sphere, on entrepreneurial and market-oriented activities. This is clear in Pereznieto and Taylor’s review of 254 women’s economic empowerment project evaluations. They found that of eight thematic areas, projects focused on five: financial services, business development services, skills training, social protection, and access to markets. Moreover, just under half of all evaluations (46 per cent) focused on projects related to financial services, predominantly micro-credit and self-help groups. Projects focused significantly less on legal and regulatory frameworks (two out of 254), unions and fair employment (six out of 254), and asset provision, both financial and non-financial (four out of 254).

This focus on entrepreneurial and market-oriented approaches to women’s empowerment is a far cry from the transformative and collective foundations of this agenda as it was laid out in the 1980s. The goal of women’s empowerment emerged as the radical agenda of mobilising women to transform structural inequalities. Central in this was DAWN (Development Alternatives for Women in a New Era), a network of Southern activists, researchers and policymakers. DAWN’s members advocated for a collective and ‘bottom-up’ development process, focusing not just on women’s economic participation but also on questions of distribution and the institutional changes required to tackle the drivers of gender inequalities.

The thematic areas that Pereznieto and Taylor identify as dominating projects, however, seek to empower women by improving their ability to compete in markets. This trajectory does not bode well for advancing gender equality, for three reasons. First, it reflects the understanding of markets in neoliberal ideology as neutral spaces, overlooking how markets can exacerbate inequalities and reproduce patterns of exclusion or discrimination. Markets are socially embedded, with their form and function mediated by people’s interactions and relationships and our many social identities, shaping how they distribute resources.

Third, there isn’t robust evidence justifying the focus on market-oriented approaches to economically empower women. For instance, Results-Based Initiatives was launched in 2007 by the World Bank, UN Women, and the International Centre for Research on Women with the objective of finding out “what works and what doesn’t in terms of interventions to increase the economic empowerment of women”. Its findings were published in 2014, and it comprised a series of pilots, all entailing different forms of business training interventions. The pilots were designed to be implemented and evaluated in just two years, all included rigorous impact evaluations, and they were designed to be both replicable and scalable. The pilots didn’t yield information on how to foster women’s economic empowerment, with the majority not significantly increasing women’s earnings and having little impact on other dimensions of economic empowerment that were measured.

In reflecting on the project’s lack of success in conclusively demonstrating ‘what works’ to economically empower women, the researchers place substantial emphasis on the challenges of project design, specifically the importance of constantly monitoring pilots and aligning resources with expectations. They don’t, however, reflect on why it was that the World Bank deemed business training interventions as the only way to economically empower women.

Women could be economically empowered in a range of ways, like building movements to advocate for reforming discriminatory legal practices; supporting unions to campaign for improvements in women’s working conditions; supporting childcare provision; or promoting rights-based approaches to development. Seeking to economically empower women only through market-oriented approaches fails to engage with the structural causes of gendered inequalities.

Results-Based Initiatives is an exemplar of the broader trend for development to be conceived in purely technocratic terms. Development has come to be understood as a process to be achieved through policies that can be objectively known and tested by experts. This approach is reflected in the focus on identifying and testing the ‘magic bullets’ that can then be rolled out across the globe to generate the desired development results. David Mosse captures this in his critique that the process of defining a development ‘problem’ and constructing arenas that are calculable and manageable by practitioners marginalises the politics of interventions, so much so that “policy primarily functions to mobilise and maintain political support”. Absent from the conceptualisation of development as a purely technocratic endeavor are the politics of interventions, and the struggles associated with contested processes of accumulation and distribution.

Empowering women is, however, a long-term agenda of social transformation. It entails addressing the complex interplay of institutional, cultural, economic and political factors through which women are discriminated. These factors may be explicit, such as divorce laws that are gender-biased. They may also be implicit, where institutions are gender-neutral on paper but gender-biased in practice — such as the Indonesian government subjecting female police recruits to virginity tests to apparently ensure the morality of applicants. Women’s empowerment cannot be reduced to a technocratic exercise, because it requires the reconfiguration of arrangements and relationships through which women are discriminated, covering the division of labour in the household to women’s underrepresentation in politics to the ubiquity of gender-based violence on TV. This is profoundly political.

This process requires a much more substantive role for affected women in determining ‘what works’ in specific contexts. However, it doesn’t mean that the outcomes of programs cannot be objectively measured, nor that there cannot be learning or the crossfertilisation of ideas across programs. It simply means policymakers acknowledge that they are undertaking a profoundly political task and, consequently, must be open-minded about the specific context in which they are intervening and its challenges, and engage affected women in this process in a way that is genuinely open-ended.

One example of this approach is the Feminist Participatory Action Research (FPAR) program of the Asia Pacific Forum on Women, Law and Development (APWL D). This program has been supported by the Swedish International Development Cooperation Agency amongst others, and focuses on building movements to challenge patriarchy. In practice, it has entailed connecting women across geographies, ethnicities, sectors, and life-stages to drive structural change.

The program operates by APWL D putting out a call for interested organisations, social movements or communities to nominate to participate. APWL D specifies a focus area—such as labour rights, land rights or development justice—and applicants put forward an issue that the community is seeking to change. Rather than fund external practitioners to research the issue and implement a program, APWL D provides funds for the organisation to employ a young woman researcher for up to two years that will carry out a project under the guidance of a mentor. APWL D also provide funds to support the researcher and her mentor to participate in FPAR training workshops and networking opportunities.

MAP Foundation, a Thai NGO that works with Burmese migrant workers in Thailand, used the FPAR program to learn more about how women migrant workers understand a living wage, and their view of the obstacles to attaining it. Similarly, Tanggol Bayi, an organisation for women human rights defenders in the Philippines, engaged women employed in the informal economy as market vendors in collecting data on the gendered impacts of the proposed privatisation of a public market. As a result of the FPAR program, the community mobilised and halted the privatisation. In Vietnam, where women are being adversely impacted by climate change and disasters, participants used the FPAR program to alter communal regulations so that at least 30 per cent of the previously male-only Village Disaster Response Committees are women, and women are also included in decisions to change crops. Participants reported an increased sense of power and respect, arising through their inclusion in policy-making and being active civic decision makers.

Applicants therefore identify an issue they are seeking to address and how they wish to approach it, based on their knowledge of the relevant context. They employ and mentor a young woman to conduct a research and advocacy project, and engage affected women in the process of collecting and analysing data, and building a campaign. By generating their own knowledge that then informs their advocacy, the FPAR approach challenges prevailing norms on who generates knowledge and how it is used. The FPAR approach drives the development of a local feminist movement by supporting women in advocating for the changes they are seeking in their community.

This approach is a far cry from the business training interventions that Results-Based Initiatives advocates to achieving women’s economic empowerment. Through its FPAR program, APWL D returns to the roots of the agenda of women’s empowerment by taking a participatory and non-hierarchical approach to tackling gender inequalities. Seeking to enable advocacy to drive structural change, APWL D assists women in achieving their objectives, rather than dictating what needs to change and how.

Kelly Gerard is a Senior Lecturer in the School of Social Sciences at the University of Western Australia.