Looking Ahead: A Shared Digital Future for Australia and Asia | Asia Society Skip to main content

Looking Ahead: A Shared Digital Future for Australia and Asia 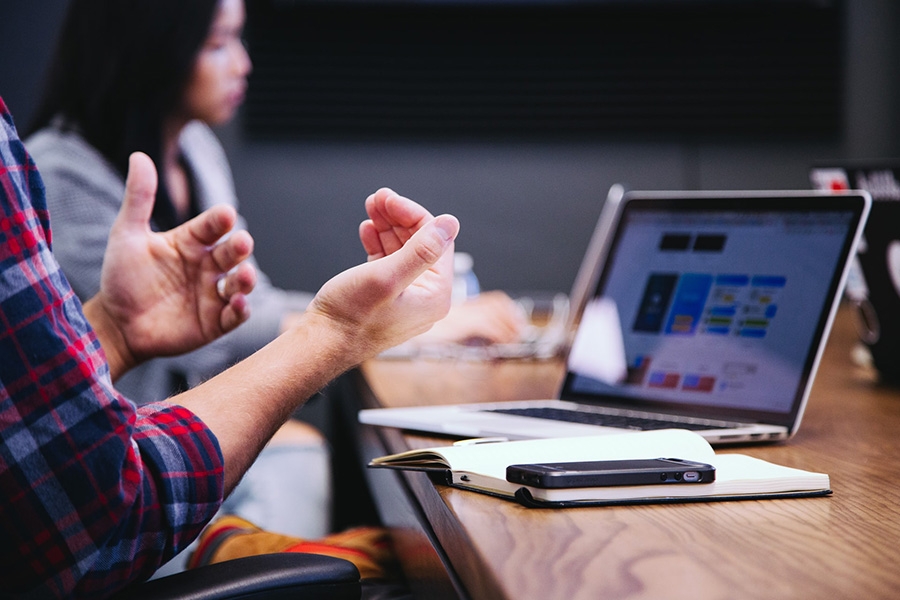 There has never been a more important time to open our hearts and minds to economic collaboration with our Asian neighbours, as the COVID-19 pandemic is accelerating our shared digital future.

Australia has a unique opportunity to work with like-minded nations in Asia to start building a rules-based digital trade and governance system. We should use it to supercharge our efforts in technology – to improve our digital capability at home and work with our region.

Australia’s ticket to freedom is based on an app gifted to Prime Minister Scott Morrison from Prime Minister Lee of Singapore. Tech companies assisted the Australian government to build the COVIDSafe contact tracing app. Working with source code from Singapore, a team of software engineers provided support to adapt the app for Australia. Atlassian, Canva, Amazon Web Services and the Boston Consulting Group all contributed.

I make this point because this generosity and international cooperation occurs in the face of ugly racism faced by some Asian-Australians. Prime Minister Morrison denounced this appalling behaviour in strong terms.

“I’m massively disappointed because it is just so wrong,” he said.“It was the Chinese-Australian community that actually protected Australia. They led the way and the broader community is now following.” This plain-speaking leadership is exactly what is needed.

I know all members of Parliament stand against racism. That’s why I have decided to write about technology and how it can be a source of productive collaboration and a strong force against prejudice, racism and isolationism, while being a powerful enabler of trade and innovation.

One of the primary consequences of the current pandemic is that technology has become more important and ubiquitous in our lives. Working office protocols are certain to change as a result of social restrictions. Forty per cent of Australians were able to work from home during the restrictions with many using Zoom, Deliveroo and the NBN to keep productive.

As the situation unfolds, it is likely that many Australians will continue to embrace e-commerce to conduct their shopping. Australia currently lags behind many comparable nations, such as the UK, when it comes to e-commerce penetration, with only 13 per cent of total retail spends being online, compared to 31 per cent in the United Kingdom.

KPMG predicted in April that there will be two waves driving e-commerce growth in Australia. The first will be moderate, but as the economy begins to recover, there will be far larger growth as consumer confidence improves. This second wave of growth is likely to be far more indicative of future e-commerce trends. This would mirror the post-GFC landscape, where Australians were keen to embrace new e-commerce technology as the economy recovered, causing a sharp spike in transactions over 2010-11.

We need more Australians to embrace technology and we need our technology to be exportable and our standards to be regional.

As we look forward, there are crudely two scenarios: more skepticism about technology or our full embrace of it.

Since World War II, the key to Australia’s prosperity has been tied to engagement with the Asian region. With Asian nations being technological world leaders, finding ways to facilitate the transfer of technology, ideas and skills remains crucial.

Being an early mover on technology should drive trade advantages. We are already on the case. Australia concluded negotiations on Digital Economy Agreement with Singapore in March this year. This will deepen our economic ties with a hub for innovation and technology in our region, and provide opportunities for Australia to engage with that hub.

Senator Simon Birmingham, the Minister for Trade said in March that it: “will deliver practical improvements to lower the costs and increase the efficiency of doing business, including in areas of personal data protection, paperless customs procedures, and electronic certification for agricultural exports.”

As Singaporean Trade Minister Mr Chan Chung Sing MP noted in September 2019, “the digital economy of Southeast Asia is expected to triple by 2025.” Pushing hard on domestic technology reforms will open the trade opportunities; it will drive a more balanced trading ledger for Australia.

Following the crisis, some will want Australia to entertain discredited notions of the past – the kind of protectionism which was formally collapsed by the Hawke Government in the 1980s. We cannot let the protectionists on the hard left or hard right win the post-pandemic world. Australia needs to maintain an open disposition to foreign capital and regional collaboration.

This has always been the case. In 1970, Sir Robert Menzies wrote in The Measure of the Years: “we were also acutely aware of the fact that Australia, with a small population, simply could not generate its own capital in sufficient quantities to support a great expansion…”.

Australia’s fundamentals are ill-suited to isolationism. We are a large land mass with a high productive capacity and a relatively small internal market. Australia is surrounded by economies expected to host three billion people in the middle classes by 2030. The only way for Australia is to be open.

The second direction has a much more open disposition towards technology and trade. This is a successful path which had driven 28 years of growth after tariff walls were reduced, government intervention minimised, and subsidies culled.

The counter to protectionism is simply a recitation of the trade statistics – 20 per cent of our economy is exports, double the United States’ ratio. Between 2018 and 2019, the value of Australia’s total goods exports alone increased by 13.39 per cent to $391 billion. In the Asian region, goods exports to countries like Singapore increased by 21 per cent, to South Korea by 6 per cent, and to China by 26 per cent. Collectively, these nations, along with Japan, contribute to roughly 63% of Australia’s goods exports, or $246 billion.

The solution lies in embracing the data economy and getting on with domestic data reforms as well as collaboration with our region. Domestically, we should be holding the line on the consumer data rights and blockchain reforms.

The Consumer Data Right (CDR) will deliver control to consumers over their data by allowing them to transfer their information between accredited third parties of their choice. It puts the consumer in charge. For example, if a customer is unhappy with their credit card provider, they will be able to move their business more easily. The CDR will drive competition in sectors which are most important to consumers, starting in banking and then moving onto telecommunications, energy and superannuation.

How the country proceeds on blockchain technology will also make a heavy contribution to our competitive position. In plain English, it is a great big digital system that allows real-time transfer and monitoring of information. It provides the basis for an outward-looking economy like Australia to build and protect our interests, as can be seen in diverse quarters from the financial to the agricultural sector.

Beyond our shores, we should maintain and deepen our engagement in the Asian region on e-commerce trade.

“Never waste a crisis” is a great line. We shouldn’t waste this crisis by forgetting to turn our new love of technology into trade and collaboration opportunities.

At a minimum, we should be trying to agree on some regional data ‘road rules’ on technology and data carrying, which we are bedding down domestically. The Asia Region Funds Passport demonstrates that we can agree and harmonise standards on data as a friend and partner. That small project is proof that Australian ideas can take hold in the Asian region.

Sydney tech company Data Republic told the Senate Select Committee Inquiry on Financial Technology and Regulatory Technology (of which I am Chair) that “there is a significant first mover advantage when it comes to data policy development and implementation.” The inquiry will look at how this can be achieved.

Like all successful trade policy, success starts at home with our domestic capability. Instead of running and hiding behind the curtain of protectionism, we must be digitally ‘match fit’ at home to succeed abroad.

Andrew Bragg is a Liberal Senator for New South Wales and Chair of the Select Committee on Financial Technology and Regulatory Technology.