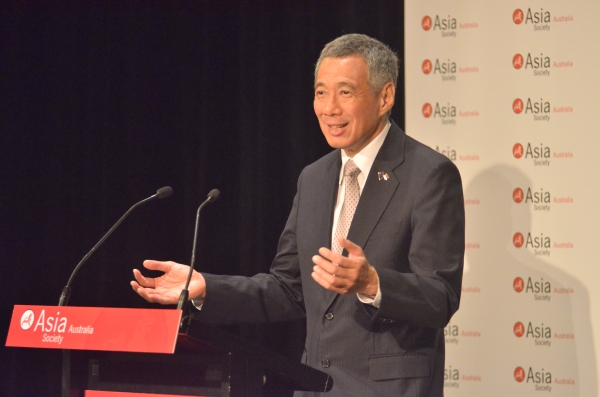 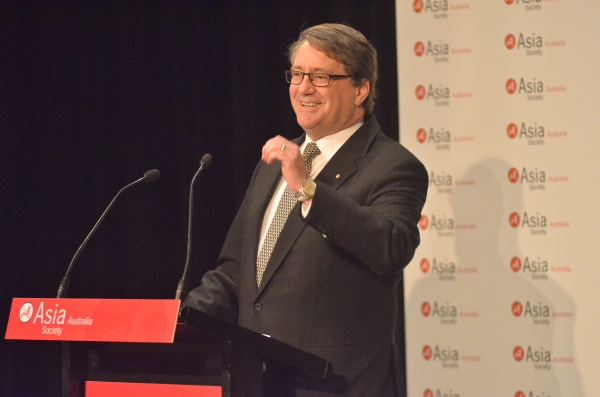 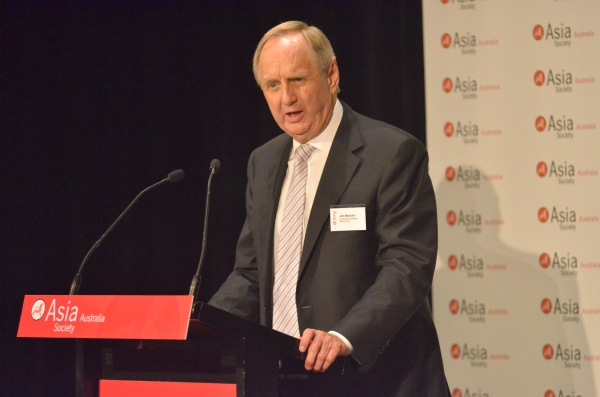 Changes wrought by globalization and the worldwide financial crisis also figured in the Prime Minister's remarks, which he delivered at an Asia Society AustralAsia lunch attended by more than 200 senior business people and community leaders.

With regard to the economy, Lee noted the higher standard of living in Asia, but cautioned, "It is difficult to look 20 years into the future." While southeast Asia avoided the worst effects of the recent economic meltdown, Singapore was "badly affected" by the storm and has only just picked itself up again. "We are entering a new phase — the economy is mature."

Lee stressed the importance of a growing China in our ever more increasingly connected world. China is at the forefront of global change, he argued, and no global problem can be solved without its participation. China's "only trajectory is upwards," he said.

ASEAN, which is made up of 10 southeast Asia countries, is working hard to strengthen its base and also its relationship with Australia. Australia and Singapore have many similarities and shared interests; most importantly, both countries want an economically strong and peaceful region.

The Prime Minister concluded that Singapore and Australia should continue to build on existing ties. "There are many opportunities to keep working together."