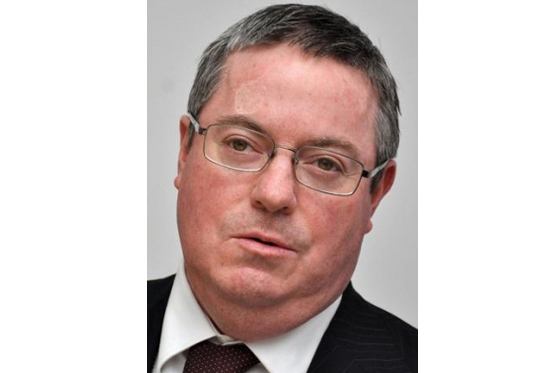 Thank you Warwick Smith for this opportunity to speak to the Asia Society, and thanks also to our hosts Herbert Smith Freehills.

Of course this is a great place to speak about trade to Asia – and to global markets – given Western Australia’s place, not just as global resource export powerhouse, but also because of the strength of its agriculture sector, increasingly its services sector, and the wonderful story of the METs sector – mining equipment, technology and services. And then there’s WA’s proximity to Asia and the perspective it has on South Asia and Africa also.

Yesterday my good colleague, DFAT Secretary Peter Varghese, spoke to another Perth audience about the big picture of Australia’s foreign and trade policy agenda. Today, I’d like to see if I can complement that picture with a focus on trade from a market and firm perspective.

In 1921, just short of one hundred years ago, Australia appointed its first Trade Commissioner, Mr Edward S. Little to China. In an address to assembled business people, Mr Little was quoted as saying “originally product supplied from Australia were primary products of the country, such as butter, dairy products, wool and hides but that now a large list of ‘secondary products’ manufactured articles of every sort, are now being offered to foreign markets”.

Despite this farsightedness, events were to conspire against Mr Little and his efforts to increase Australia’s trade with China and his excursion was cut short.

It is hard to say whether there was demand in China at the time for Australian-manufactured phonograms – one of the items Mr Little promoted – but we can be confident that the market wanted our primary products, and this seems to have remained unchanged. There are probably few places on the planet where this would be a more obvious statement than Perth. Our promotion of other manufactures was likely based on what we had, not what was wanted.

Today, I would like to offer some observations on what we understand to be the opportunity of Asia, and on how we are faring in connecting to that opportunity.

We talk sometimes of the opportunity of Asia very loosely and in a variety of contexts: Asia is there. Asia is growing. Asia represents opportunity.

As you well understand, Asia is a collection of nations in various stages of development. These individual nations have complex and changing political and social structures, cultural preferences, economic circumstances, regulatory and trade environments, and market demands. And even within those nations there are many distinct markets, with their own characteristics and drivers.

Some markets are aid and development focused: Myanmar, Laos and Cambodia, for example. In these countries, agriculture exceeds industrial output as a share of GDP and there is strong need for basic infrastructure to improve productivity and living standards. Others are large economic powers, whose fast rate of growth affects global markets. Take China where the economy is largely state investment driven. Fixed capital formation accounts for 45 per cent of the economy underpinning high demand for energy, minerals, design and construction services.

India faces large infrastructure development challenges yet possess a significant number of global market-leading firms. One of these firms is Tata Industries – as an aside, its global reach now includes the English chemical manufacturer Brunner Mond, the firm which employed our Mr Little before he became our first Trade Commissioner.

Other Asian markets are fuelled by ‘Factory Asia’ exports of low-value, labour-intensive manufactured goods. In Cambodia, Thailand and Vietnam, exports as a percentage of GDP are over 50 per cent. These countries seek to improve productivity through investment in technology and skills development. These are excellent markets for our vocational training. Others are high-value export powerhouses: Taiwan, Singapore, Malaysia and South Korea. In these countries, export activity is based on highly productive labour. They are ready made markets for Australian higher education. They can also afford to purchase higher-value inputs and technology.

In most of Asia, domestic consumption is rising. In Indonesia, Philippines, Thailand and South Korea consumption accounts for more than 65 per cent of GDP. These markets represent ready opportunities to supply food, beverages, value-chain inputs and low to medium-end services. Hong Kong and Singapore and increasingly South Korea are also services and knowledge driven. These are developed markets where the services sector accounts for more than 70 per cent of GDP, which is very similar to Australia. They are ready markets for Australian high-end services. Of course, business appreciates the macro story of the growing middle classes, urbanisation and resource scarcity of Asia, but is looking for much more micro detail on markets and more particularly how to find a place in those markets.

For many Australian companies, we know that the markets of Asia are not new but have represented real growth opportunities for some time. Companies like HASSELL, which after entering the Asian market in 1991, is now China’s largest foreign design firm. Or Ballantynes, which has been selling Australian butter to Thailand for over 60 years.

Australia has ‘natural talent’ which complements the opportunities we see in Asia. We are a resources exporter, sure, but we also develop 60 per cent of the world’s mining computer software.

Local environmental concerns and demands for improved safety have pushed Australian companies to innovate, and now these technological advances are sought after by countries around the globe.
In India, clever Australian technology called DustBloc is helping to manage dust at mine sites across the subcontinent.

Australian mining technology and services companies have also established operations in Europe and Central Asia in recent years. One local example is WA company MineArc, which supplies safety chambers to underground mines in China, Russia, Kazakhstan and the USA.  Australian expertise is also contributing to the massive Oyu Tolgoi copper and gold project in Mongolia. This partnership between Rio Tinto and the Mongolian Government is likely to make up 30 per cent of the Mongolian economy once at full production. In the last year alone, over 20 Australian suppliers – including WA companies ETAS and Mintrex – have done over $40m in business with the project delivering services as diverse as workplace training and environmental consulting services.

It’s not just about our mining expertise – food security is critically important for our Asian neighbours. Most rely on food imports to supplement inadequate or rural output or to respond to changes in tastes. Like resources, we export a large proportion of our agricultural output, but the more interesting story is where we are delivering high-tech and higher value added services to support the food demands of our neighbours.
Take Linfox – they design and deliver supply chain support across the Asia-Pacific. These cold chain networks improve food quality and safety and expand markets for Australia’s fresh produce.

Complex markets require complex solutions based on our competitive edge.

Traditionally, Australian businesses have had a comparative advantage at the start of value chains, by providing mineral resource and agricultural products. There is no doubt this will continue to be important. But also we will increasingly find competitive advantage further up the value chain, based on a skilled workforce and drawing more on networks, collaboration and innovation.

While good business is still being done in a simple buyer-seller format, increasingly, Australian companies are seeking new channels for sales – the growing online business is one example – by contributing sophisticated products or services that form part of a global value chain.  In accessing these chains, firms need world-leading capability and an appetite for risk, but ‘going international’ no longer has to mean exporting a final, consumer-ready product or service.

So what does ‘global value chain’ mean, and what does one look like?  Value chains can be contained within a single firm or divided amongst many. Value chains can be contained within a single geographical location – an industry park, for example – or they can be spread regionally or globally. For example, over 60 per cent of Japanese-controlled manufacturing capacity is located outside the country, which partly explains why Japan accounts for 52 per cent of all inwards FDI in Vietnam and 31 per cent in Thailand! Global value chains have become much more prevalent and elaborate in the past 10 to 15 years. The value contributed by Asian companies is also greater, and the chains are becoming longer, more global and more complex.

While many firms have had international operations and trading relationships for decades (and a few for more than a century) global value chains can offer opportunities for smaller firms to access much larger markets overseas.
It is no longer simply a question of where to export, but one of internationalisation. Engaging with global value chains might require outward investment, for example where services are delivered face-to-face, in-market; collaboration on R&D; fabrication activities wherever there is a cost or logistical advantage; as well as vocational education and training for customers and the local workforce.

Other Australian auto components makers have set up in India, the Philippines, Malaysia and China, and over 150 Australian components and aftermarket companies are exporting their products into global automotive supply chains.
Multiple poles of economic strength. Global value chains will place an increasing call on services in an increasingly sophisticated market, requiring specialist skills and Asia-relevant capabilities.

However, while we know that the balance of economic influence has shifted, and the next century will no doubt bring continued growth and opportunity in Asia for Australia, we will have to shape our competitive advantages and navigate a multi-polar world at the same time.  Now that we’re beginning to better understand where these global value chains end, it’s clear that markets in Europe and the United States will not go away – as well as large markets for final products, they are and will continue to be key sources of direct investment, technology and IP.

In conclusion, I’d like to return to our first Trade Commissioner, the Englishman Mr Little. Despite not being an Australian citizen at the time, he was described in a letter to Sydney Morning Herald as being “a great believer in Australia and our future”, having his “heart and soul” in the job.

Today we have almost 1000 people worldwide, in Australia and in our markets. We strive to identify and bring tangible business opportunities to Australian business, and to assist Australian business by generating market information and insight, promoting Australian capabilities, making connections through a global network of contacts, and leveraging the badge of government offshore.  We work closely with out Foreign Affairs and Trade colleagues, and with our State Government colleagues, to maximise Australia’s impact and influence.More than 60 per cent of our people are offshore, and 60 per cent of those are in Asia. We have 44 offices in 15 markets in Asia. More than 400 of our staff have one or more Asian languages. Of the people we send overseas, and our executive officers, almost than two-thirds have experience working in the private sector.

We have relevant skills and capabilities and are Asia ready, and we are seeking to strengthen that very good platform. And we are ready to help Australian businesses make the most of the opportunities in the Asian century.