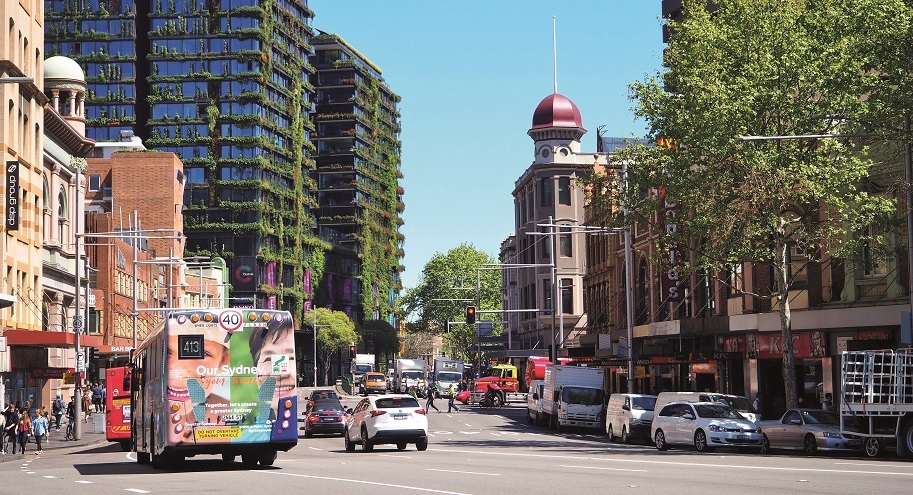 The rise of Chinese real estate investment is unsettling both the federal government’s geopolitical aspirations and inter-cultural relations on the ground in Australian cities. The pro-foreign investment stance must be accompanied by education about its risks and benefits, policies to improve housing affordability and strategies to protect intercultural community relations in Australia.

There is bipartisan support for foreign investment in residential real estate. But the politics of non-white citizens purchasing real estate is a highly charged cultural issue in Australia that is linked to national housing identities such as the great Australian dream of home ownership. In a recent study we found there are high levels of public concern and discontent about foreign investment amongst Sydney-siders.

Sydney-siders are living in a city where the cost of living is extremely high. Participants in our study identified a range of factors that they believed contribute to rising house prices in Sydney, with the most commonly identified factor as foreign investment. This was twice as likely to be selected than domestic factors such as negative gearing and the purchase of one’s own home.

These views run counter to the federal government’s policy in regards to foreign investment. Furthermore, our study  found that members of the general public in Australia misidentified ethnic Chinese Australian citizens who were buying Australian real estate as being “Chinese bidders” and “Chinese nationals”. The rise of Chinese real estate investment is unsettling both the federal government’s geopolitical aspirations and inter-cultural relations on the ground in Australian cities.

In terms of the foreign investment context, the Australian government noted recently that the quantitative data on foreign real estate investment is unreliable and patchy in Australia. Notwithstanding these data problems, according to some of the more reliable data sources, taken here from the Foreign Investment Review Board (FIRB), Chinese investment in residential and commercial real estate increased from $2.4 billion in 2009/10 to $24.3 billion in 2014/15. This is an increase of over 900 per cent with China being one of the largest sources of foreign real estate capital in Australia during the 2009 to 2015 period. Reportedly, Sydney has received more Chinese investment in residential real estate than any other Australian city, with Asian foreign investors accounting for 9.4 per cent of purchases of new dwellings in New South Wales (NSW) in the fourth quarter of 2015.

The cultural politics of foreign real estate investment became more visible when the federal government’s geopolitical commitment to Asia was entangled with the media reports linking Chinese investors with increasing property prices and corruption. This was particularly the case with the commentary associated with the 2014 Parliamentary Inquiry into Individual Foreign Investment in Residential Real Estate.

Much of the contemporary data on Asian investment is focused on Chinese capital flows into or out of Australia, and is collated from national or real estate industry quantitative data. This positions Chinese investment largely as an abstract issue of foreign capital flow through a local asset class – in this case real estate – with little consideration of the far more complex historical, cultural, and demographical implications that China and Australia must address on-the-ground.

For example, some analysts, lending support to the federal government’s pro-Asia geopolitical position, argue that Australia is in a unique position with respect to Asia, because more “than 8 per cent of Australia’s population was born in Asia. This is a much higher percentage than in other Anglophone countries such as the US (4 per cent) and the UK (2 per cent) … Asian Australians bring with them linguistic skills, social networks and cultural knowledge, which can enhance links between Australia and Asia. But their role and contribution is insufficiently recognised.”

The need for frequent political reinforcement of these cultural, language and geopolitical links is important in Australia. Indeed, the cultural history from the early nineteenth century of the Chinese diaspora in Australia is replete with moral panics and fears of an “Asian invasion” or “Chinese takeover”. Large numbers of immigrants from China were attracted to goldfields in the states of New South Wales and Victoria from the 1850s, and the Chinese population in Australia grew from a very few in 1841 to 38,000 in 1861. Questions about moving Asian labour and capital through land have been central to the resistance to Chinese migrants in Australia ever since. The Australian government has been officially dealing with racism, immigration and land disputes in relation to Chinese immigrants since the gold rush era. This history shows that a racial politics that sought to change the way the Chinese migrants moved and used their labour or capital through Australia’s colonised land – land first stolen from Indigenous peoples – has long been central to white Australia’s claims to land in Australia.

Despite and at times in the face of the periodic revival of a marginal but nonetheless familiar troupe of anti-Asian “invasion” or “takeover” discourses, significant migration from China occurred from the early 2000s. Between 2001 and 2011 182,836 or 57.3 per cent of all China-born immigrants came to Australia, and in 2014 there were 447,370 China-born people living in Australia, accounting for 1.9 per cent of the country’s total population. Australia’s skilled migration and foreign student programmes were important drivers with many Chinese international students gaining permanent residency in Australia following their tertiary studies. Chinese international students continue to be an important consideration within contemporary analyses of the rise in Chinese investment in Australian real estate.

The Chinese diaspora is increasingly mobile throughout the Asia-Pacific region. Not only are they a powerful force in the real estate market as property consumers, many within this cohort act as middle-men or women through their roles as global investment lawyers, accountants, and real estate agents to facilitate the movement of people and money from Asia to Australia.

These new Chinese investors and migrants have complicated cultural identities and nation-state allegiances and they are engaged in international real estate practices that transcend static cultural stereotypes. For example, much changes about the cultural identity of a typical Chinese foreign student living in an Australian house that was purchased with foreign capital as they finish their studies and move toward becoming a nationalized Australian. In this hypothetical case, the money that was used to purchase the real estate will always be foreign, but the cultural identity of the investor is always in flux. Thus, recording the time-frame over which a dwelling is owned as well as the mobility of the investors and their money are important for understanding foreign real estate investment in Sydney.

Within this context our research explored Sydney-siders’ perceptions of foreign investors in Sydney, with a particular emphasis on Chinese investors. While there is an assumption in public policy and media rhetoric that there is a high level of public concern about foreign investment, there is surprisingly little data that examines public perceptions. In our study we were interested in whether the dominant voices in this debate represent broad public views about this issue. Understanding public perceptions could inform how governments regulate and journalists report on foreign investment.

If the federal government wants to court foreign investment, then better education about the possible risks and benefits is needed. Increasing Asian real estate investment is having an impact on inter-cultural relations on the ground in Australian cities. Our findings suggest that the pro-foreign investment stance must be accompanied by strategies to protect intercultural community relations in Australia. To understand the politics of foreign and Asian real estate investment a more holistic approach to understanding the issue is needed. This should include the intersection of domestic investment, foreign investment and housing affordability concerns. Indeed, if the federal government wants to continue to protect intercultural community relations in Australia they need to: (1) better educate the public about the cultural, urban and financial costs and benefits of foreign investment; and (2) address the housing affordability problem.

Dallas Rogers is from the University of Sydney.

Jacqueline Nelson is from the University of Technology Sydney.