Fast Train Coming: What We Can Learn from Asia | Asia Society Skip to main content

Fast Train Coming: What We Can Learn from Asia 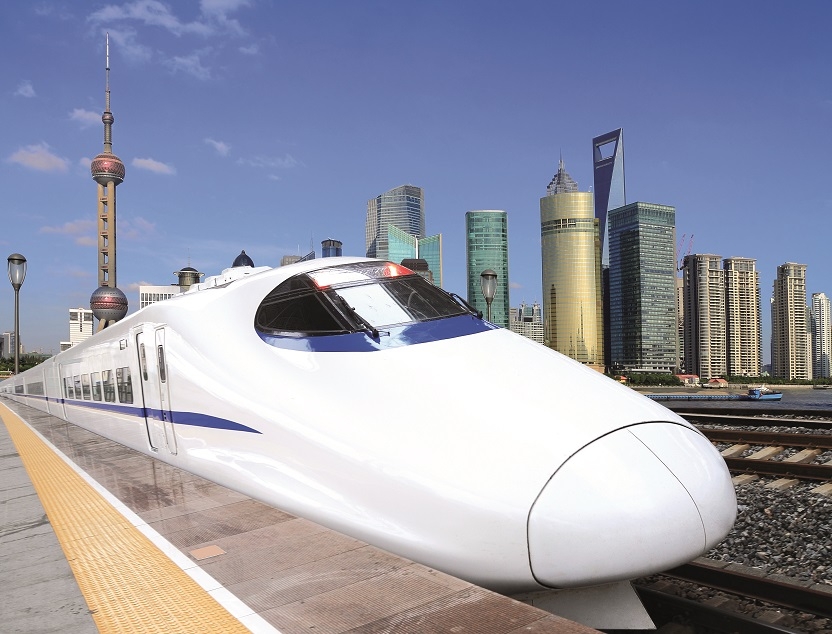 In this fast-moving globalised world, governments and countries that are agile and respond quickly to change will win, and at the cost of others. This is what Australia can learn from Asia – to be more agile, entrepreneurial and direct in its intent to be a globally significant diverse economy.

When I was 15, I was fortunate to ride a push bike and train through many areas of China in 1986. Studying geography at school, I felt grateful for the opportunity to experience a country that was still very much led by a central government steadfastly committed to the values and direction set by Chairman Mao.

During that time, we witnessed a newly industrialising country opening up to the global economy, yet at the same time, still not visibly displaying any signs of a burgeoning middle class. Our hotel stays were modest, there was a noticeable lack of global brands, and it was largely a cash economy with a special tourist currency. I still remember clearly the plain wax paper that was loosely wrapped around a gift of seamstress scissors I had bought my mother, they were dripping with oil to stop them rusting. Since that visit back in 1986, I have been to China countless times. That first impression has always been a baseline for me as I witnessed one of the most remarkable urban transformations in history.

Being the most populous country in Asia, China has seen the biggest transformation and has openly embraced globalisation and urbanisation. It was driven largely by consistent government direction and hyper-technological advancement in almost every aspect of life. We know the side effects all too well - moving goods around more efficiently, assembling them with fewer resources, communicating instantly and of course having access to better health services, which help us live longer.

With this change in Asia, two things have occurred, people are moving from rural villages to cities in their millions and they are embracing the enhanced earning potential offered in these centres of trade and commerce. As a result of this internal migration people are getting wealthier.  Over the last decade, China alone saw a 29 per cent reduction in people classified as “poor”, with an almost equal corresponding increase in low, middle and upper income citizens. It is well known that with this new-found wealth comes increased demand for consumer goods and services and a changing diet rich in premium proteins typically sourced from outside of Asia.

In comparison to this transformation, Australia and New Zealand have solidified themselves as “healthy, wealthy and wise”. Australia has 51 per cent of the country classified as having an upper middle income, the highest proportion of any country on this planet.

What can we learn from looking north towards our Asian neighbours, how can we be best prepared for this rising middle-class, and how can we take advantage of the trade, travel and cultural opportunities before us? On the other hand what lessons can we share with Asia from our experience as an upper middle-class society?

This was briefly explored by the Gillard government when it published the Asian Century White Paper. However, this call to arms appears to have dropped off the agenda of the current Australian Government. With this in mind, I will share some observations and thoughts on how Australia can make the most of the financial centre of the world moving towards Asia. McKinsey projected at an eastward rate of 142 kilometres per year, we will see 70 per cent of the world’s middle class living in Asia by the year 2050. I might even be so bold to explain some ways in which Asia can learn from Australia.

Can Australia really become the food-bowl of Asia? Do we have the capacity to supply protein-rich food to over one billion people off the natural resources found within Australia? Australia’s Chief Scientist Professor Ian Chubb said in a speech in 2013 that Australia produced enough food to “directly contribute to the sustenance of 60 million people – that is 1 per cent of the world population and 2 per cent of the population of Asia”. This is also reflected in guidance from Senator Barnaby Joyce, who has firmly stated the opportunity for Australia is to provide premium produce to the Asia Pacific region. With this in mind, Australia should focus on reversing the declining number of qualified young farmers and at the same time provide incentives to innovate and increase capacity and quality of primary produce while protecting our natural assets.

Since 2007, China has constructed the largest network of high speed rail (HSR) in the world, with over 1 billion passengers a year patronage. Granted that the network was in planning for several years, this accomplishment is still astonishing, particularly when you understand that they initially borrowed the technology from suppliers in Europe and Japan, and then adapted it to create their own network which they now sell around the world. I often cite this example when I reflect on how Australia is planning our two nation building infrastructure networks: the National Broadband Network (NBN) and an east coast high speed rail. Are we being visionary enough in delivering an NBN network that will serve as well as our historic copper network, and should we be bolder in our plans for the east-coast HSR? The Organisation for Economic Cooperation and Development recently gave a scorecard on Australia’s current fiscal management which found our conservative approach to borrowing for infrastructure and skills development could see Australia fall behind.

“There is room for spending increases, notably an acceleration in the public investment programs under way in telecommunications, roads and public transport systems,” the OECD says of Australia.

Naturally we can’t deliver the world’s largest HSR network in 10 years with our population of 23 million; however I think we can learn from the unflinching commitment China has to risk taking and building world class cities and infrastructure.

Education in 2015 generated $19 billion in exports for Australia. This has increased with a lower Australian dollar and increasing demand from Asia. Obviously Australian educational institutions are reaping the rewards of this market, and to expand the benefit to Australia’s long term diverse economy, we should look at programmes to retain the best talent in our country. Equally, the brands of Australian universities rank well globally, so opportunity exists for the establishment of virtual and physical campuses within Asia.

Australians also need to consider how they can be better prepared for increasing Asian migration in our country. Are we culturally aware and does our education system prepare our next generation for greater interaction with Asia in the future? I know my 9 year old son is not given the opportunity to learn Mandarin as part of the current curriculum at state schools, and would suggest that this is a good place to start.

According to Tourism Australia in 2015, China was Australia’s second largest inbound market for visitor arrivals and the largest market for total expenditure and visitor nights. There should be no surprises here, and equally on the flip-side of this, China is seeing Australia as the fastest growing Western nation in terms of visitor numbers per year. With this in mind, it would seem Australians and Chinese already have well established love affairs with each other’s countries, so what more can we be doing? Let’s look to the trends identified here – wealthier, healthier and better educated citizens of the Asia Pacific. Our regions can invest in health and experience-based tourism for grey travellers and be ready for social and mobile technology changes in the tourism market that are being driven by younger generations.

Don’t over feed me

I was horrified to learn that Australia is the third most obese country in the world, just behind the United States and the United Kingdom. Beyond the individual health risks and quality of life associated with obesity, there is a huge societal and economic burden through the direct and indirect costs it generates. There are ranging estimates of this annual cost on Australia, some as high as $53 billion when we account for loss of productivity. Obesity rates in Asia are beginning to creep up, with Malaysia and Singapore ranking the highest and India and Vietnam the lowest according to 2008 data from the World Health Organisation.

However, with 25 per cent of Australians being classified as obese, China is still a long way off this number at only 5 per cent. There is still time to avert the significant cost on a nation that this noncommunicable disease causes. A priority should be education, a fast food tax and the promotion of both walkability and place in the design of new urban areas.

As I interact and build relationships with people in Asia, I admire the cultural expectation of caring for parents “in-home”, as opposed to the Australian trend towards the elderly fending for themselves and relying on external care. It is interesting to note that the Asia Pacific region has one of the largest aging populations across the globe with predictions by the World Economic Forum that by 2050, two thirds of the world’s older people will be living in the region.

This places a huge challenge on future workforce participation rates, as well as potential cost to government to provide health care for this population. As more and more people are migrating from Asia to Australia, we should focus on retention (and expansion) of the caring for family “in-home” cultural trait as more people become exposed and influenced by our mature globalised society.

I took the time to speak with some of our developer clients from China with operations in Australia. I asked them to reflect on what Australia can learn from Asia; and the resounding reply was “things take too long in Australia”. In this fast-moving globalised world, governments and countries that are agile and respond quickly to change will win, and at the cost of others. This is what Australia can learn from Asia; to become more agile, entrepreneurial and direct in its intent to be a globally significant diverse economy.

Further, there are huge opportunities to be had for Australia from the rising Asian middle-class. We need to be set to take advantage of these opportunities, and in some instances this may require us to invest in the short-term, particularly in relation to HSR, to ensure we are well set for the future.

This is a two-way street. As a city planner, I believe that Asia can look to Australia to see how we are now planning authentic dense neighbourhoods, which have “place” and “sustainability” at their very heart. Equally, to challenge the hyper consumerism so prevalent now in Asian cities, I can see a place for the new age movement that now pervades our Australian cities and challenges global brands, promotes local art, culture and sustainable living.

James Rosenwax is Market Sector Director for Cities at AECOM.