Explainer | What a Revived Quad Means for the Indo-Pacific 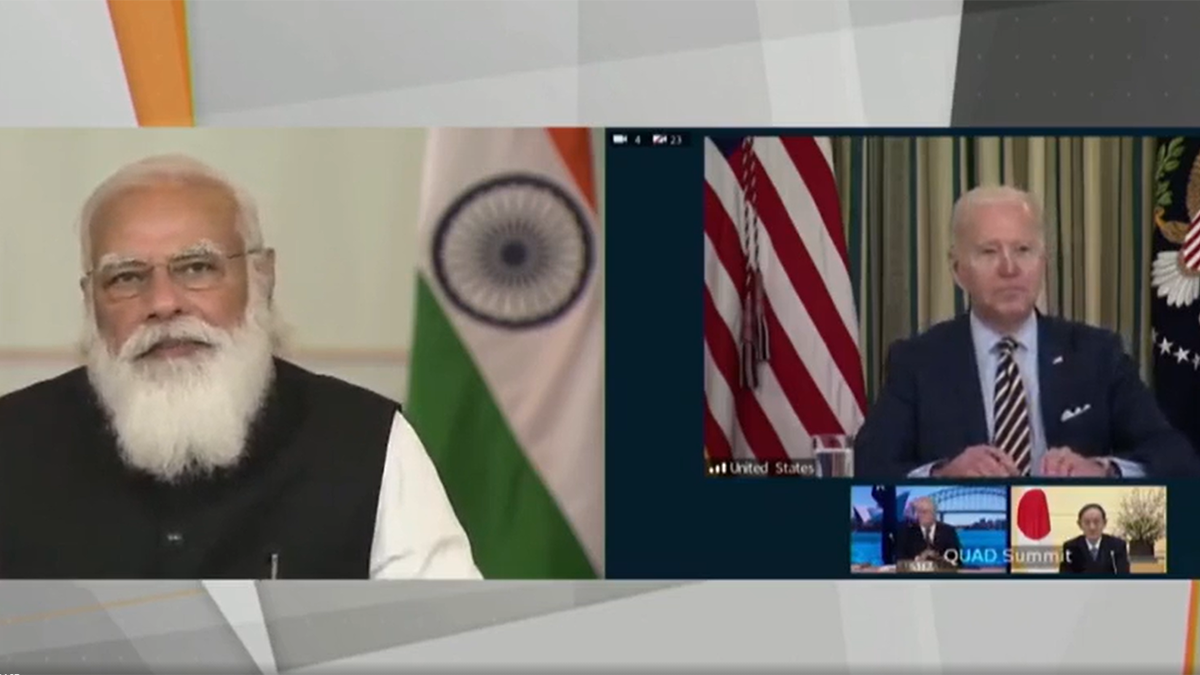 The 12 March US-Japan-India-Australia summit is a dramatic leap forward for the “Quad” and one of the most significant developments in Indo-Pacific security architecture in recent years.

The summit notched up a series of firsts – first leader-level meeting of the Quad, first joint statement from the group and the first truly large-scale initiative.

Since its revival in 2017, the Quad had begun to meet more regularly, including at the foreign minister level, but struggled to find a clear narrative – not least because other members of the group were wary of the Trump Administration’s ideologically framed rhetoric on China – and to move beyond loose coordination of Indo-Pacific strategies.

The summit has now given the Quad new energy and a clear forward agenda – an innovative vaccines partnership to help Indo-Pacific countries fight the COVID-19 pandemic, a climate change program and work on critical and emerging technology, with a focus on standards, diversification of equipment suppliers and supply chains.

Each of these three agendas will be supported by working groups.

Importantly, in focussing on benefit to the region, the vaccines partnership takes the Quad back to its roots in the aftermath of the 2004 Indian Ocean earthquake and tsunami, when the four countries came quickly together to provide emergency assistance. The vaccines initiative recognises that the best way to compete with China in the Indo-Pacific is to respond to the region’s needs.

Quad leaders agreed to meet again in person before the end of the year (in the margins of this year’s East Asia Summit in Brunei in November might be one option, assuming it can be held in-person). The leaders asked their foreign ministers to meet “at least once a year”.

US National Security Adviser Jake Sullivan said after the summit that it was “not fundamentally” about China, noting the emphasis on recovery from the pandemic and other shared challenges. The joint statement itself contains no direct reference to China.

Still, in its modern iteration the Quad is, of course, all about China. The adjective-heavy joint statement calls for “a region that is free, open, inclusive, healthy, anchored by democratic values and unconstrained by coercion”. There are strong references to “rules-based order” and to international law, including “in the maritime domain”.

How should we understand this new momentum in the Quad? First the Biden Administration has grabbed the Quad with both hands and clearly sees the group as an important focus for US diplomacy in the Indo-Pacific.

The Quad was President Biden’s first multilateral commitment and front-ended a neatly coordinated burst of regional diplomacy this month that includes visits to Japan and the Republic of Korea by Secretary of State Blinken and Defense Secretary Austin and culminates with a senior level meeting with China in Alaska.

The Quad meeting also came hot on the heels of the Biden Administration’s interim national security strategic guidance. The new guidance reflects a strong determination to compete with China.  Promoting “a favourable distribution of power” in “key regions” is one of three principal objectives.

The Quad summit reflects other early hallmarks of the Biden Administration’s foreign policy – working better with allies and partners, an emphasis on supporting democracy and “universal values”, and climate change. The Administration has also ordered a 100-day review of supply chain risks for some critical technologies (such as semiconductors and large capacity batteries) and critical minerals.

Second, China’s aggressive foreign policy is encouraging the very push back against a China-centric regional order that Beijing fears. The irony of this is no doubt lost on China’s leaders, but the ugly clashes across the India-China border over recent months appear in particular to have overcome India’s instinctive caution about pushing the Quad too far too fast.

One clear, if implicit, message from the summit therefore is that the Quad members are more committed than ever to balancing China’s power in the Indo-Pacific. This is certainly Australia’s objective.

The 2017 foreign policy committed Australia to more deliberate, whole-of-government efforts to shore up Australia’s influence in the Indo-Pacific and help build a regional order in which “the rights of all states are respected” and the nation’s ability “to prosecute our interests freely is not constrained by the exercise of coercive power”. A “durable strategic balance in the Indo-Pacific” continues therefore to be one of the government’s highest foreign policy priorities.

For Australia, the Quad is one element – although now an increasingly weighty one – in a multi-dimensional approach to the Indo-Pacific that includes investing in its key Asian bilateral partnerships, participating in economic regionalism through large plurilateral trade agreements like RCEP and the CPTPP, and supporting the Association of Southeast Asian Nations (ASEAN).

Australia regards the Quad as complementing, not competing with, ASEAN-centred regional architecture like the East Asia Summit and ASEAN Defence Ministers’ Meeting Plus. Indeed, the Quad summit joint statement almost falls over itself in its haste to re-commit to “ASEAN centrality”.

ASEAN members themselves will have mixed views about the new momentum of the Quad. Some, like Vietnam, are likely privately to welcome the implicit commitment to balance China’s power.

Others will worry, as ASEAN so often does, about being caught in the middle of escalating China-US rivalry and a possible diminution of the influence of ASEAN-centred regional architecture. The revival of the Quad comes at a time when ASEAN is struggling to manage enormous pressures on its unity and effectiveness – from China-US competition, from the pandemic and from the retreat by some member states into illiberalism and authoritarianism.

The Quad will still have its limits. It is not an alliance, it is likely to remain only lightly institutionalised and it won’t add new members any time soon (more likely are ad hoc, issue-based coalitions with the Quad at their core).

Each member has a multi-dimensional, complex relationship with China to manage, including significant economic interests. India is likely still to want to control the pace of the Quad’s evolution, although Modi’s agreement to the summit sends a helpful signal to his habitually risk-averse foreign ministry. The focus on regional challenges like the pandemic and climate change will also help build India’s comfort with a stronger and more purposeful Quad that has an agenda beyond simply countering China.

Still, for all these caveats, the Quad summit demonstrates as starkly as any recent event how quickly a contested Indo-Pacific is changing, how regional alignments are shifting and how much competition with China will shape the future.