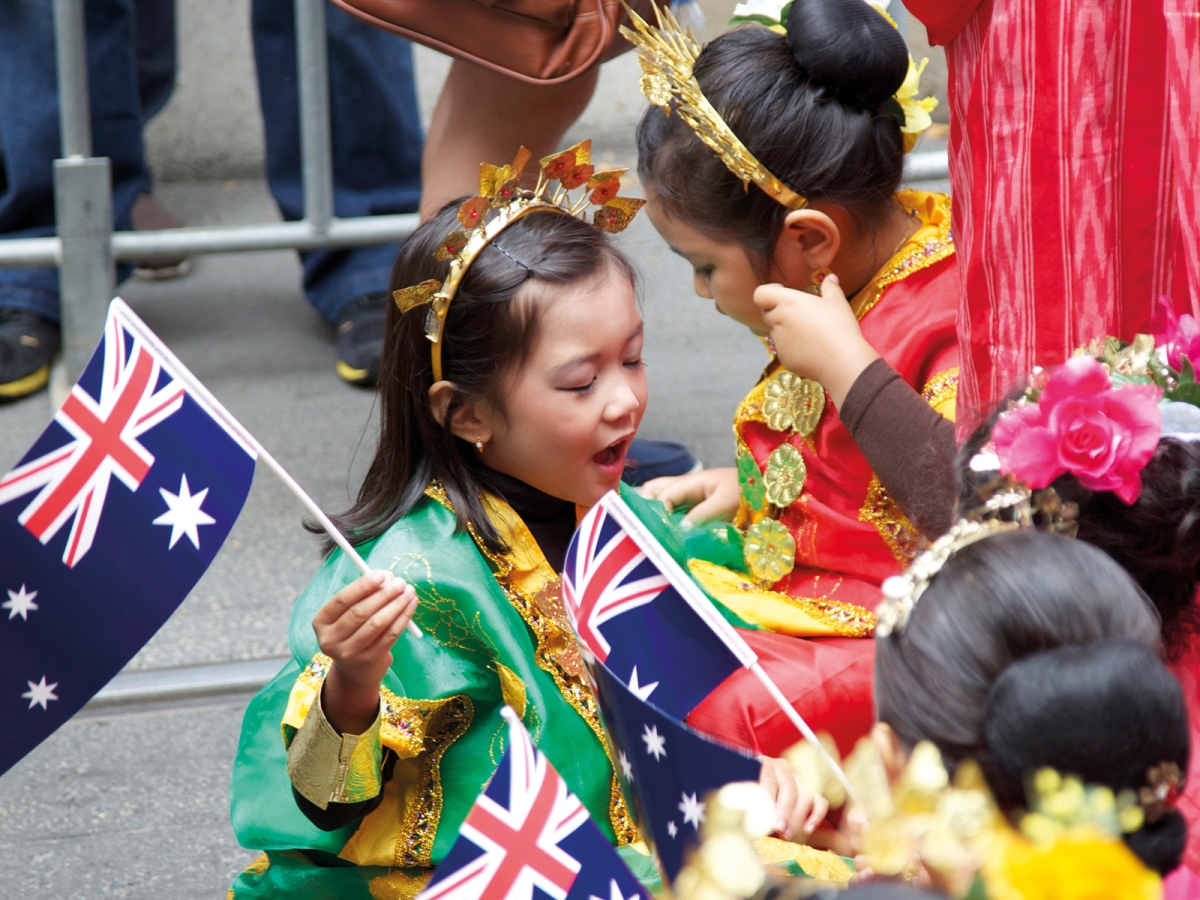 Australia-China relationship is going through a period of re-assessement, as China's global impact is growing and being felt acutely in Australia. At the heart of the current public debate on China in Australia is the Chinese-Australian community. There are over 1 million Australians of Chinese ancestry. In the past decade, the number of Australian residents born in China (excluding SARs and Taiwan) has doubled. Now numbering over half a million, this group accounts for 2.2 per cent of the country’s total population and is the equal-second most populous migrant group. Concerns about the influence of Chinese-language media, cultural and educational links, investment and and political lobbying on Australia and our policy towards China place the local Chinese Australian community at the centre of scrutiny and future policy deliberations. Some may argue it may be linked to the historic dispositions towards China and Chinese Australians.

With opening remarks by Dr Tim Soutphommasane (Race Discrimination Commissioner) and Philipp Ivanov (CEO of Asia Society Australia), this symposium will provide a forum to discuss contemporary challenges facing the Chinese Australian community. The symposium will consider the current state of public debate/community sentiment regarding Chinese Australians; present empirical evidence of the intercultural relations challenges that are emerging in Australia; and facilitate engagement and dialogue between academic researchers, policy analysts, Chinese Australian community members, and government representatives. It will include papers presented by three leading academics in the field, followed by a panel discussion among community members.

This event is FREE. Registration is essential. Please RSVP to ChallengingRacism@westernsydney.edu.au by 20 February 2018.

This paper draws on a survey of about 1000 Sydneysider’s about their views about foreign and Chinese real estate investment. In big picture terms, we found high levels of public concern and discontent about foreign investment amongst Sydneysiders, with Chinese investors being a key target of this discontent. In the context of high housing prices in Sydney, there were widely held concerns about housing affordability. Survey respondents had a sophisticated understanding of what influences house prices, but with a possible overemphasis on the role of foreign investment.

There was a general lack of support for policy that encourages foreign investment, and a lack of confidence in how the government is regulating foreign investment. And perhaps most alarmingly, half of our participants reported that they would not welcome Chinese foreign investors in their suburb. Thus, in broad terms, Sydneysiders were generally against foreign and Chinese real estate investment. However, when we analysed the data by housing status the story is a little more complicated. Anecdotal evidence and media reports suggest that Sydneysiders are against foreign investors because they are buying homes that Sydneysiders could otherwise live in. Following this logic, we would expect to find Sydneysiders who are looking to buy a house or who are in housing stress to be more opposed to foreign real estate investment than those who are not looking to buy a housing or who are in housing stress.

Finally, we looked at how the ownership of an investment property related to Sydneysiders views about foreign investors buying properties in Sydney. We found that those who own an investment property were more likely to be supportive of foreign investors buying properties in Sydney. These findings suggest that a set of shared investment housing ideologies might be bridging the otherwise tense domestic/foreign cultural divide in Sydney

The levels of stated social distance towards Chinese-Australians are too high. We would expect this to be related to recent debates about housing investment in metropolitan cities, political donations, university campus politics and PRC Govt influence, and the purchase of agricultural land and mining. There is an emerging meta-discourse that is antipathetic towards China in Australia, Chinese in Australia, and this will have implications for Chinese Australians. A nationwide survey of Australians undertaken in 2015 and 2016 (n:6,001) reveals the worrying levels of racism experienced by Chinese Australians. The majority of Australians born in China (including Hong Kong and Taiwan) have experienced racism in the workplace (67%), education (69%), in seeking housing (58%), in shop or restaurants (72%), public transport or the street (76%). Four out of five have been treated less respectfully because of their cultural background. The data show similar results by language background, with 53% of those speaking Chinese languages at home experiencing racism in the seeking housing, 72% experiencing racism in shop or restaurants, and 81% of Chinese-speakers treated disrespectfully. We reflect on the link between the convergence of antipathetic China discourses and the experiences of Chinese-Australians. Our data add a critical foil to the political movements that are crystalising around anti-China sentiment.

Kathleen Blair is a PhD candidate in the School of Social Sciences and Psychology, Western Sydney University. Her doctoral work explores marginal vote seeking strategies and the use of anti-asylum seeker sentiment in federal election campaigns. Kathleen is also a research assistant on The Challenging Racism Project based at Western Sydney University. Her research interests include asylum seekers, refugees, discourse analysis, racism and anti-racism.

Alanna Kamp is a Postdoctoral Research Fellow in the Urban Research Program/School of Social Sciences and Psychology, Western Sydney University. As an historical and cultural geographer, Alanna is interested in feminist and postcolonial understandings of the Chinese Australian experience and attitudes to Chinese immigration throughout Australia’s history. She is particularly interested in the ways in which historical geographies of Chinese experience have contemporary relevance and shape current community experiences and identities. Recent/forthcoming publications include ‘Chinese Australian Women’s ‘Homemaking’ and Contributions to the Family Economy in White Australia’, Australian Historical Geographies Down Under: Australian Geographer Special Issue (vol 1 2018) and ‘International migration and mobility experiences of Chinese Australian women in White Australia, 1901-1973’, in K. Bagnall and J. Martinez (eds.), Mobile Chinese Women in Australia and the Asia-Pacific, HKU Press, Hong Kong (in Press).

In this presentation, I use the prism of the media to examine Australia’s relationship with China and the everyday experience of Chinese-Australians. I approach this in three ways. First, I consider the tension between patriotism and cosmopolitanism as expressed by the PRC migrant community in Australia. Second, I offer a critique of the current narratives that dominate Australia’s public discourses about China and its diasporic communities in this country. And third, I review the real and potential ramifications for Australia and for Australia-China relations if rigorous and rational debate continues to be absent from these discourses.

Wanning Sun is Professor of Media and Communication in the Faculty of Arts and Social Sciences at UTS. She is a specialist of Chinese media, migration, soft power, public diplomacy and diasporic Chinese media. Two of her edited volumes—Media and the Chinese Diaspora: Community, Communication and Commerce (2006) and Media and Communication in the Chinese Diaspora: Rethinking Transnationalism (2016)—document the history and development of Chinese language media in Australia, North America, Europe, Africa, South America, and Southeast Asia.

Tony Pang is a Certified Practising Accountant (CPA) having worked in senior finance and audit positions in large listed Corporations and public services covering construction, agri-business, property development, and manufacturing. Tony is the past President of the Institute of Internal Auditors, and the Chinese Australian Forum ( CAF) and current Vice-Chair of CAF. His other roles include being the former Commissioner of the Community Relations Commission (CRC), Chairperson of the Hornsby/Central Coast Regional Advisory Council and  Deputy Chair/Secretary/Director of welfare group CASS CARE, Member of the Multicultural Advisory Committee for the NSW State Library, Department of Justice, Past member of the NSW Bar Association Professional and Ethic Committee.

Jocelyn Chey is a Professor in the Australia China Institute for Arts and Culture, Western Sydney University.  Her current research covers cultural relations and soft power, as well as Chinese humour.  Jocelyn took up the study of Chinese as an undergraduate at the University of Sydney, speaks Cantonese and Mandarin and reads classical and modern Chinese.  Her late husband Moon Lin Chey was a Manchu from North China who spoke Shanghai dialect and Cantonese having lived in both parts of China.  The Chey family moved from Hong Kong to Sydney in the 1960s and became Australian citizens soon after their arrival.  Jocelyn’s earlier career in the Australian Department of Foreign Affairs and Trade spanned 25 years from the establishment of diplomatic relations with the People’s Republic of China.  Her last diplomatic posting was as Consul General to Hong Kong and Macau

David Chin, Managing Director, Basis Point, established the firm 19 years ago, drawing from his experience across Australia and Asia as a ‘top-down’ or ‘helicopter’ analyst and marketer of the region’s capital flows in derivatives, futures, wealth management, and funds management. He was previously Head of Marketing at Sydney Futures Exchange (SFE) from 1990-1996, reporting to the CEO, and is the author of Thy Fiefdom Comes, a fantasy/science fiction novel. David has become an authority on Aus-China investments, speaking at dozens of events to C-level and managerial executives who seek unique insights on the opportunities and risks of the Aus-China market. He is widely quoted in the media and writes an Aus-China newsletter that is distributed to more than 13,000 executives in Australia, Asia and globally.

Len Ang is a Professor of Cultural Studies and was the founding Director of the Institute for Culture and Society. She has worked extensively on issues of multiculturalism, diaspora and Asian migration, and is the author of On Not Speaking Chinese: Living Between Asia and the West (2001) and many other publications. In 2015 she co-authored the report Smart Engagement with Asia: Leveraging Language, Research and Culture for the Australian Council for Learned Academies

Leanne is Director of the Whitlam Institute and is an international human rights lawyer by training, with a Masters in Public Policy from the Woodrow Wilson School of Public and International Affairs at Princeton. Leanne has worked in the Australian judicial system, for the Australian Human Rights Commission, in the international NGO sector, regional human rights organisations, as an Australian diplomat (DFAT) and in various roles for the United Nations in New York and in the field, most recently as Chief of Policy and Best Practices for UN Peacekeeping Operations. Leanne has published a number of articles on Australian foreign policy and international human rights, rule of law and development as well as the United Nations and women, peace and security. She is a visiting fellow at the ANU Asia-Pacific College of Diplomacy and the UNSW Australian Human Rights Centre. 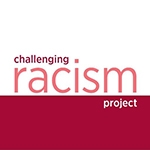