Next Gen Goes Global: Are They Prepared? | Asia Society Skip to main content

Next Gen Goes Global: Are They Prepared? 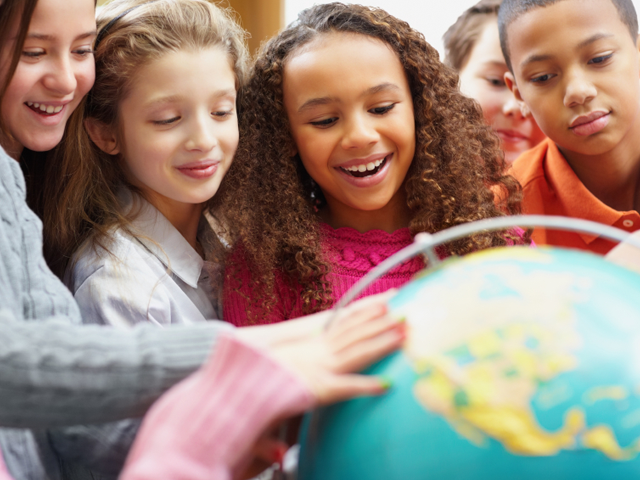 Are we adequately preparing the next generation with the skills needed to excel in our interconnected, global future? Join Asia Society Australia and the Centre for Global Education at Asia Society on Tuesday 12 March as we discuss what it takes to prepare students for a global future.

Featuring remarks from Deputy Premier and Minister for Education, The Hon James Merlino and global entrepreneur Ido Leffler, together with a panel discussion featuring educators, entrepreneurs, policy makers and advocates, this public program will look at how our education systems are equipping students to work, live, and study in highly globalized and culturally diverse cities and communities.

Convened in conjunction with the Global Cities Education Network Symposium which brings together teams of high-ranking educators and officials from across 15 locations in Asia and North America, this program brings leading world educators to Melbourne.

This event is open members of Asia Society Australia, members of the public and media. For further information contact us at programaustralia@asiasociety.org

Ido Leffler is a serial social entrepreneur known for building standout brands centered around three key pillars: incredible people, kick ass product, and awesome cause. Ido believes that in order to start a company within an industry that already offers customers a lot of options, it has to be something that’s innovative, different, and most importantly, centered on impactful cause.

He is the Co-Founder and CEO of Yoobi, Yes To, Inc., Cheeky, Beach House Group, and most recently, Brandies. Ido has advised numerous start-ups and businesses around the globe. He also co-authored Get Big Fast and Do More Good and serves on the United Nations Foundation’s Global Entrepreneur Council. See more >>

James first entered parliament in 2002 when he was elected as a Member of the Legislative Assembly for Monbulk. He served as member of the Public Accounts and Estimates Committee between 2003 and 2006. Following the 2006 state election, James became Minister for Sport, Recreation and Youth Affairs in the Bracks Labor Government. See more >>

Jackson oversees the Center for Global Education at Asia Society, a global platform for collaboratively advancing education for global competence for all. The Center’s multi-faceted approach includes the International Studies Schools Network, a network of over 35 schools around the United States that systematically integrate a global focus within the curriculum; Global Learning Beyond School, which supports globalizing youth programs including afterschool and community programs; the Global Cities Education Network, a learning community of high-performing Asian and North American urban school districts dedicated to solving common high-priority problems of practice and policy; and China Learning Initiatives, which provide national leadership to support learning of Chinese language and culture. See more >>

Martine Letts FAIIA is an accomplished executive with extensive experience within the government, non-profit and international policy sectors, providing high-level expertise in public policy development, formulation and promotion both in Australia and internationally.

Martine joined the Committee in March 2016 after serving as Chief Executive Officer of the Australia China Business Council (ACBC), where she led the development of the organisation’s national strategy.

Prior to her role at the ACBC, Martine was Deputy Director of the Lowy Institute for International Policy, where she spearheaded the organisation’s business and organisational development. As Secretary-General of the Australian Red Cross (ARC) from 2001-2004, based at its national headquarters in Melbourne, she worked on a national transformation strategy to help the ARC improve its delivery of community and relief services across Australia and globally. See more >>

Professor Zhang Minxuan is Director of the Research Center for International and Comparative Education at Shanghai Normal University. Prior to this, he was President of Shanghai Normal University, where he championed bold education reforms that catapulted Shanghai to the top of global student performance rankings. As an educator, scholar, and policymaker, Zhang has dedicated the past three decades to bringing quality education to the children of 23 million Shanghai residents from diverse socioeconomic backgrounds. Shanghai topped the Programme for International Student Assessment (PISA) global rankings in 2009 and 2012, and thanks in large part to Zhang's work, Shanghai is now considered a model for closing the academic achievement gap between the "haves" and "have-nots." Zhang's contributions to numerous UNESCO, UNICEF, and World Bank initiatives have benefited students and education systems in both developing and developed regions of Asia and the world. Zhang is the key driver behind Shanghai's participation in Asia Society's Global Cities Education Network, involving 10 major urban education systems around the Asia Pacific.

Moderator: Anthony Mackay AM, CEO / President, National Center on Education and the Economy

Anthony Mackay AM completed his time as CEO of the Centre for Strategic Education, Melbourne, Australia at the end of 2018. From January 2019 he took up the position of CEO / President of the Washington DC based National Center on Education and the Economy.

Anthony is Chair of the Australian Council for Educational Research, Deputy Chancellor Swinburne University, Melbourne and Deputy Chair of New Zealand's Education Council. He is Board Chair of The Song Room, Board Director of High Resolves and Senior Fellow, Graduate School of Education, The University of Melbourne.