How is the COVID-19 pandemic impacting Australia’s security, prosperity, and social resilience? 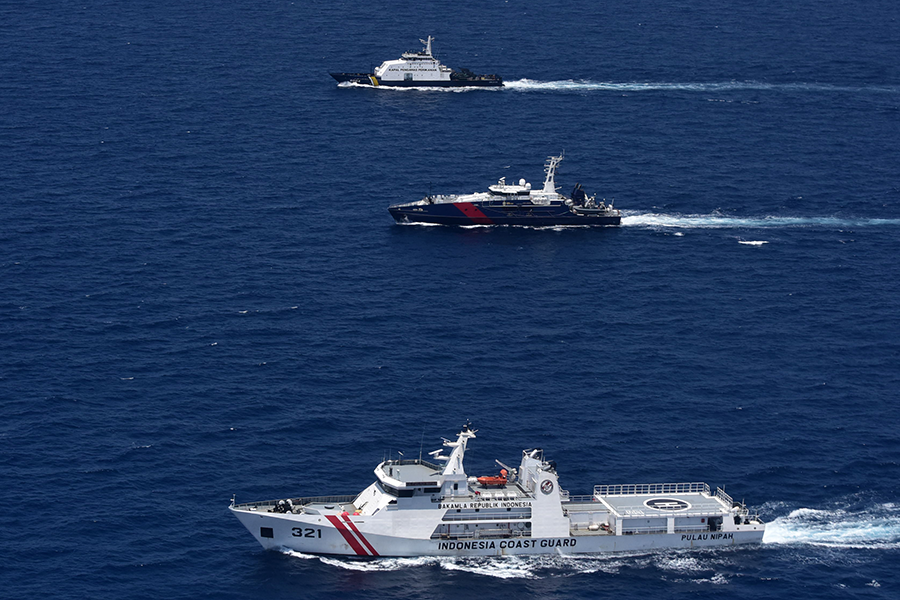 Asia Society Australia warmly invites you to a private briefing with Michael Pezzullo, Secretary of the Department of Home Affairs. Since early May, Australia’s incoming borders have been firmly shut. Only Australian citizens, residents and their immediate family members can travel to Australia. While these measures are necessary to contain the virus, a strong economy is also fundamental to national security. How do we protect our borders from this “invisible enemy” yet balance the economic imperative of staying connected to our region and the world?

Join us as Secretary Pezzullo discusses the pandemic’s impact on Australia’s security, immigration, and border control, the country’s future national security challenges, and shares his thoughts on how our efforts to contain the virus will affect our relationship with Asia and the movement of people within our region.

Mr Pezzullo first joined the Service as the Chief Operating Officer in July 2009. In that role, he was responsible for offshore maritime security, border-related intelligence, national security and law enforcement programmes, integrity and professional standards, and corporate operations. As principal deputy, he chaired the Service’s Operations Committee and acted as CEO when required.

Prior to joining the Service, he was Deputy Secretary Strategy in the Department of Defence—a position to which he was appointed in January 2006. In this position, he was responsible for defence strategy and planning, force structure development, the strategic policy aspects of Australian Defence Force operations, Defence's international security relationships, and the delivery of national security programmes in areas such as export controls, counter-proliferation and Defence cooperation with other countries. He also had oversight of the Department’s ministerial support and public affairs programmes.

Mr Pezzullo joined the Department of Defence as a graduate in 1987. He worked in Defence until 1992 in a variety of strategic policy and intelligence positions. He then transferred to the Department of the Prime Minister and Cabinet, where he worked in the International Division.

In March 1993, he joined the staff of the Foreign Minister, Senator the Hon Gareth Evans QC. He remained in Parliament House until December 2001, including serving five years as Deputy Chief of Staff to the Leader of the Opposition, the Hon Kim Beazley MP.

In February 2002, he rejoined the Department of Defence as an Assistant Secretary in the Corporate Services and Infrastructure Group (now Defence Support Group). In March 2004, he was promoted to the position of Head Infrastructure. In July 2004, he was transferred into the newly formed role of Chief Of Staff Australian Defence Headquarters and Head of Coordination and Public Affairs Division.

Mr Pezzullo has a BA (Hons) in History from Sydney University. He enjoys being with his family, cricket and rugby league, and reading (anything on military history, international relations, intelligence, and political biography for starters).