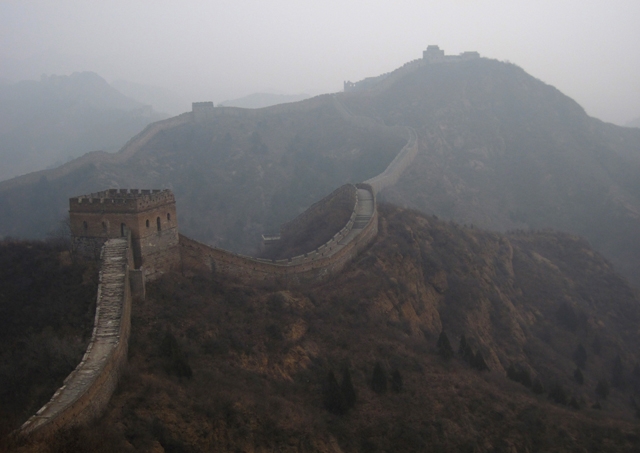 A decade after China’s authorities presided over a rapid acceleration of new debt creation, they are now in the midst of cleaning up the waste, excess, and risk that built up in the country’s financial system as a result.

Just how Beijing is going about it, and whether it can do so without triggering the risks they’re trying to manage, is one of the major threats that hangs over the global economy.

Dinny McMahon will look at how China’s authorities are approaching the clean-up and its odds of success.

Dinny McMahon is a Fellow at MacroPolo, a program of the Paulson Institute. He was a Kissinger Institute Fellow from 2015-2016. Prior to his Wilson Center residency, he was a journalist with the Wall Street Journal in Beijing where he wrote about China’s banking and financial sector, focusing on rising debt levels, urbanization and the role of the state sector in the economy. Previously Dinny wrote about the yuan and China’s foreign exchange market in Shanghai for Dow Jones Newswires, and contributed to the Far Eastern Economic Review.

Dinny has a double degree from the University of New South Wales in Sydney, Australia, majoring in economics and Chinese. He also attended the Johns Hopkins School of Advanced International Studies program in Nanjing. Dinny speaks Chinese and has lived 13 years in China.

In this unprecedented deep dive, McMahon shows how lurking behind China’s enviable economic success, is a far more fragile reality. While stories of newly built but empty cities, white-elephant state projects, and a byzantine shadow-banking system have become a fixture in the press, McMahon goes beyond the headlines to explain how such waste has been allowed to flourish and why one of the most powerful governments in the world has been at a loss to stop it.
Debt, entrenched vested interests, a frenzy of speculation, and an aging population are all pushing China toward an economic reckoning. China’s Great Wall of Debt unravels an incredibly complex and opaque economy, one whose fortunes—for better or worse—will shape the globe like never before.

"[McMahon] comes closer than any previous writer to covering the Chinese economy as Michael Lewis, the hugely popular author of "The Big Short", might do. His analysis is informed but accessible, animated by anecdotes and characters, some colourful, some verging on tragic." - The Economist

"[This] book will be an indispensable explainer in the event of a downturn and a useful guide to understanding China's economy in the meantime." - The Wall Street Journal

"Of the many books that have observed the fragility and contradictions of China's economic model, "China's Great Wall of Debt" is the best." - Reuters

"Dinny McMahon's lively book...should be read by anybody wanting an antidote to excessive western optimism about China." - The Times of London

"Accessible, Malcolm Gladwell-style storytelling...Thanks to the amount of time he has spent in the country, [McMahon] is able to give an authoritative peek behind the curtain of...an opaque financial system." - The Scotsman

“McMahon…avoids the pitfalls so common to books about broad economic and financial topics, which is to be dry and overly technical. He has a reporter’s eye for the character or fable that can impart bigger themes without dragging down the eyelids of the reader.” - The Sunday Business Post