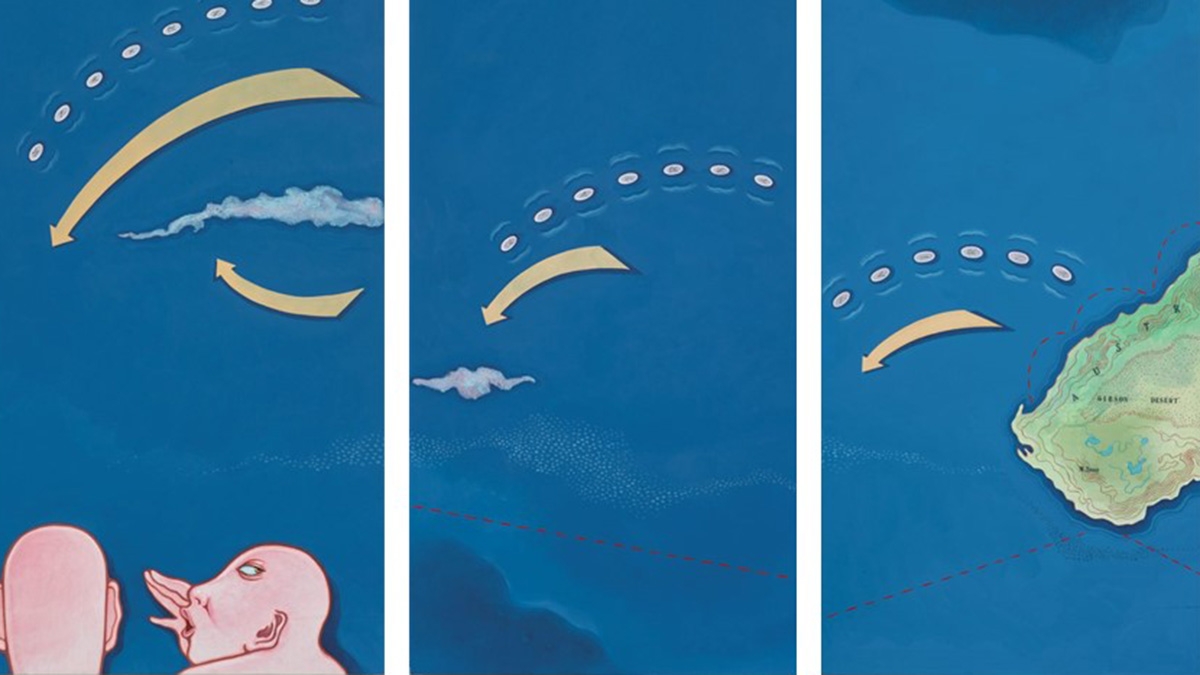 Can art and cultural exchange sustain a relationship when political and diplomatic channels are frozen?

Asia Society Australia, the Art Gallery of New South Wales and VisAsia Council welcome you to an online public program looking at how art and cultural ties can be activated during a diplomatic stalemate.

The program brings together art and cultural practitioners, international relations commentators, and academics for a multidisciplinary conversation on the value and agency of art and culture in both navigating or inflaming diplomatic tensions and how it can be wielded to dually influence and educate.

This program will run during the Art Gallery of New South Wales’ “In One Drop of Water” exhibit and is part of a broader series exploring the role of cultural diplomacy and art.

This event is open to the public and will run as webcast only. Registration is essential. For further enquiries contact: programaustralia@asiasociety.org

Distinguished Professor Ien Ang is a Professor of Cultural Studies and was the founding Director of the Institute for Culture and Society. She is one of the leaders in cultural studies worldwide, with interdisciplinary work focusing on cultural globalisation, migration and multiculturalism.

Her books, including Watching Dallas, Desperately Seeking the Audience and On not speaking Chinese, are recognised as classics in the field and her work has been translated into many languages, including Chinese, Japanese, Italian, Turkish, German, Korean, and Spanish. Her most recent books are Chinatown Unbound: Trans-Asian Urbanism in the Age of China (Rowman and Littlefield, 2019, co-authored with Kay Anderson et al) and Cultural Diplomacy: Beyond the National Interest (Routledge, 2016, co-edited with Yudhishthir Raj Isar and Phillip Mar).

A Fellow of the Australian Academy of the Humanities, she is the recipient of numerous Australian Research Council grants, including a prestigious ARC Professorial Fellowship (2005-2009). Her current ARC research projects are entitled 'The China Australia Heritage Corridor' (with A/Prof Denis Byrne) and 'Civic Sinoburbia?: New Chinese Migrants and Everyday Citizenship in Sydney' (with A/Prof Shanthi Robertson et al.)

Yin Cao has been the Curator of Chinese Art at the Art Gallery of NSW since August 2011. Prior to that, she was the Assistant Director at the Arthur M. Sackler Museum of Art and Archaeology at Peking University, Beijing, China, and a researcher at the University Museum of the National University of Singapore.

Trained as an archaeologist at Peking University and Harvard University, Yin has participated in several archaeological excavations both in China and Israel. She has curated several exhibitions including the inaugural exhibition at the Arthur M. Sackler Museum of Art and Archaeology at Peking University (1993), “A Silk Road Saga-the sarcophagus of Yu Hong” (2013), “Tang: treasures from the Silk Road capital” (2016), and “Heaven and earth in Chinese art: treasures from the National Palace Museum, Taipei”. Yin edited and wrote catalogues for these exhibitions.

Dr Geoff Raby AO was Australia’s Ambassador to China from 2007 to 2011. After 27 years in the public service, he completed his Ambassadorial term and resigned to establish Geoff Raby and Associates in 2011, a Beijing-based strategic advisory company.

He currently serves as an Independent Non-executive Director of ASX-listed companies, Yancoal, Oceanagold, and Netlinkz. He was also as an independent director with Fortescue Metals Group, 2011-17.

He is Chair of the Murdoch University’s Vice Chancellors Advisory Board, Western Sydney University’s Australia-China Institute of Arts and Culture, and VisAsia at the Gallery of NSW; he is a member of the Board of the Garvan Foundation. In 2019, his donation of his personal collection of Chinese Contemporary Art was La Trobe University’s biggest gift of cultural philanthropy. Between 2002 and 2006, he was Deputy Secretary in the Department of Foreign Affairs and Trade (DFAT), with responsibilities for north-east Asia and international trade negotiations.

He has held a number of other senior positions in DFAT, including APEC Ambassador (2002- 2004), First Assistant Secretary, International Organisations and Legal Division (2001-2002), Ambassador and Permanent Representative to the World Trade Organisation, Geneva (1998-2001), First Assistant Secretary, Trade Negotiations Division (1995-1998). He was head of the Trade Policy Issues Division in the OECD in Paris during 1993-95. He was First Secretary (Economic) and subsequently Counsellor (Economic) in Australia’s Embassy in Beijing, 1986-1991. He joined the Office of National Assessments as its China economic analyst in 1984.

In 2002, he was made a member of Chile’s Order of Bernhard O’Reilly (Chile’s highest medal for citizens) for services to international trade and agricultural liberalization. In 2010, he was made La Trobe University’s Inaugural Distinguished Alumni. In recognition of his contributions to advancing relations between Australia and China and his contribution to multilateral trade diplomacy, Dr Raby was awarded the Order of Australia in June 2019.

Guan Wei was born in Beijing, China. and graduated from Department of Fine Arts at Beijing Capital University in 1986. He has served as Artist-In-Residence at the Tasmanian School of Art, University of Tasmania; at the Canberra School of Art, Australian National University; and at the Museum of Contemporary Art, Sydney.

In 1993 he immigrated to Australia, in 2008 he set up a studio in Beijing, and now lives and works in both Beijing and Sydney.

He has been awarded in many art competitions, including the 2002 Sulman Prize at Art Gallery of NSW Australia; and 2015 Arthur Guy Memorial Prize, Bendigo Art Gallery.

Our Asia SOCIETY programs span across visual art and performance, literature, media, technology, education, and community sectors. These unique partner events examine cultural traditions and expressions, celebrate diversity and multiculturalism, and explore a changing Australian society. Run as both public and member only events, this programming stream offers an exciting way to engage with the work of Asia Society Australia.