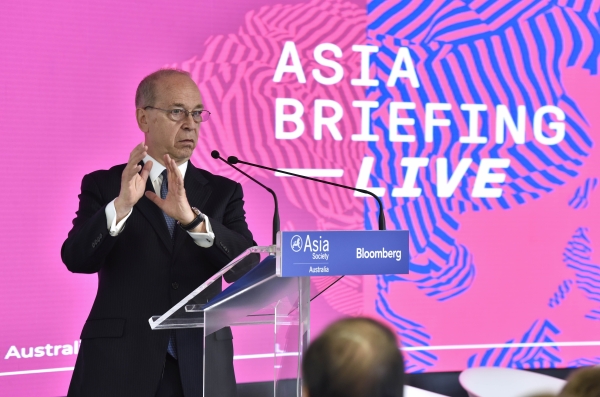 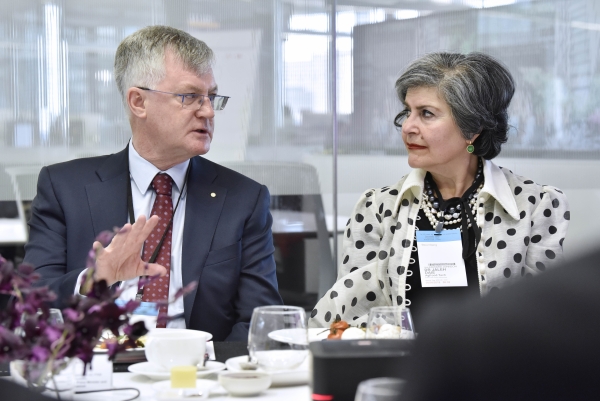 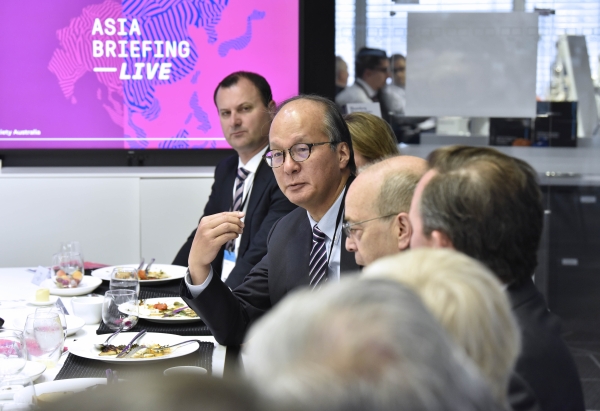 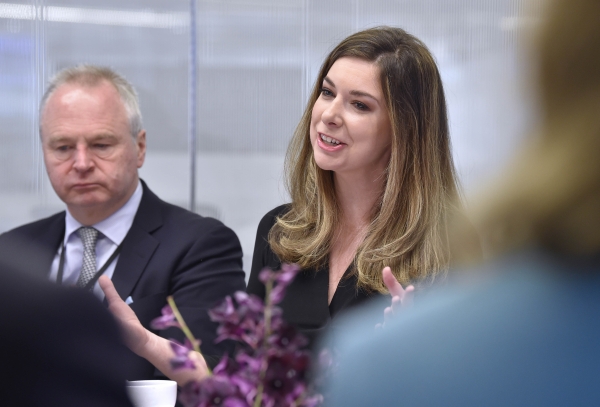 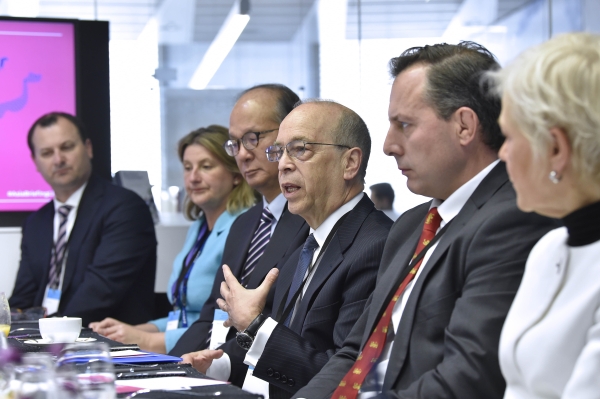 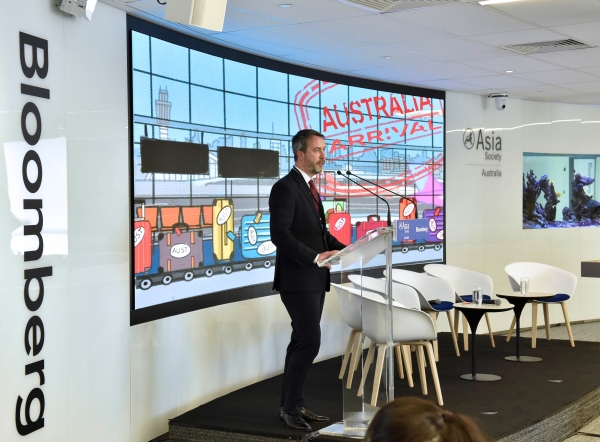 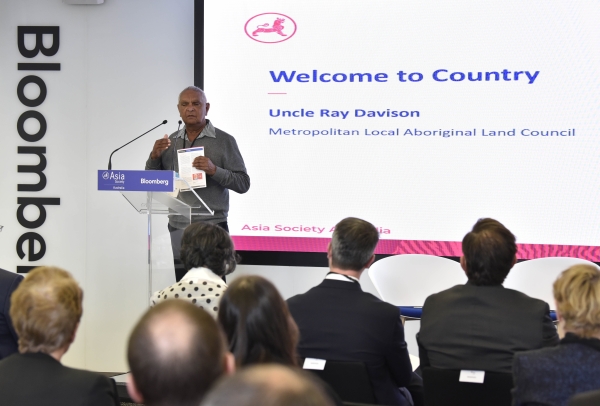 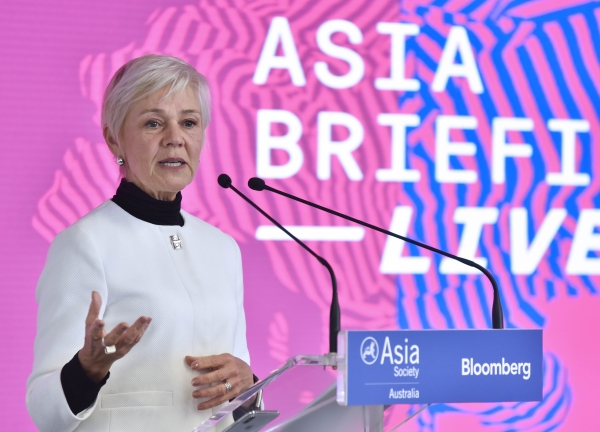 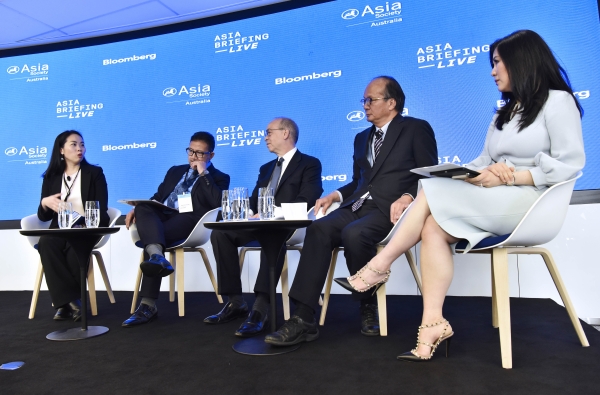 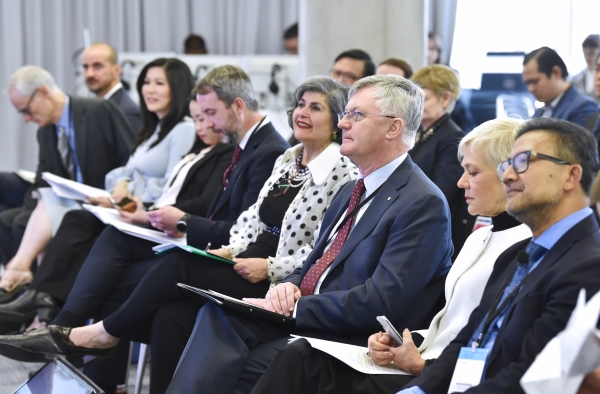 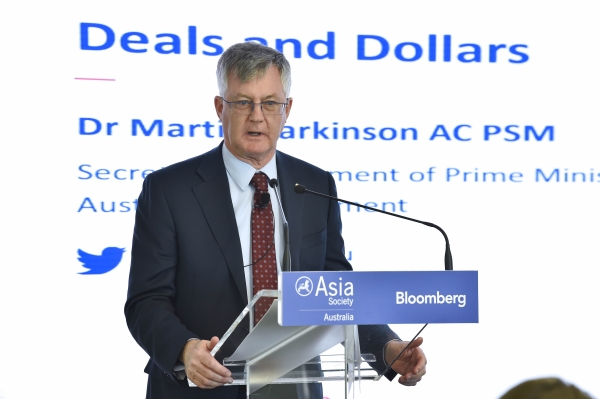 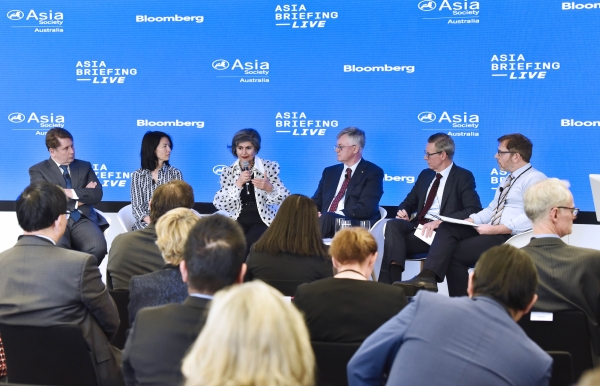 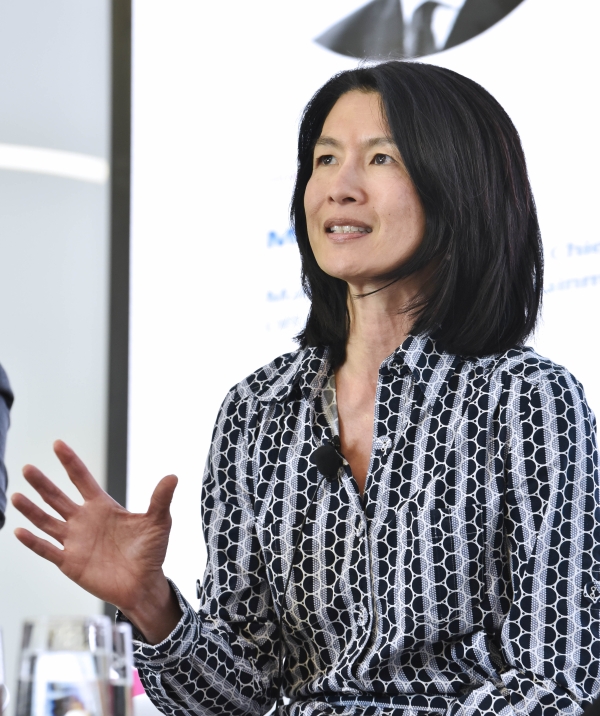 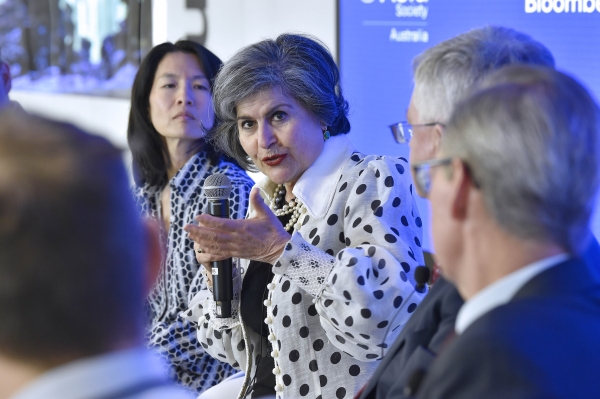 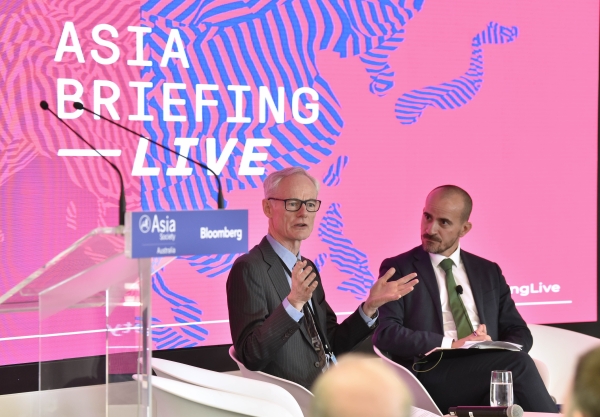 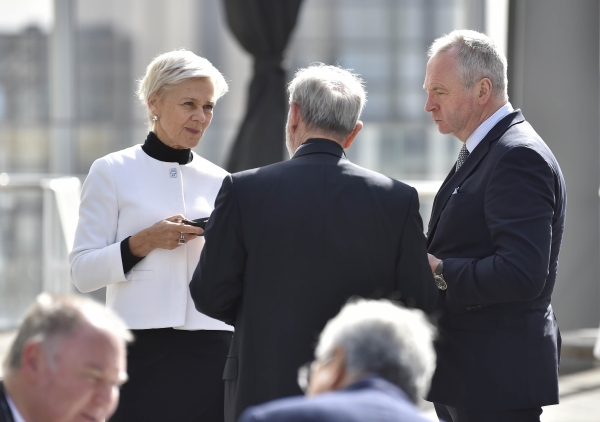 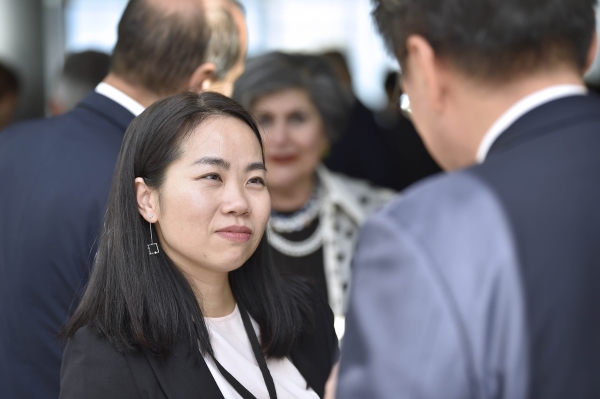 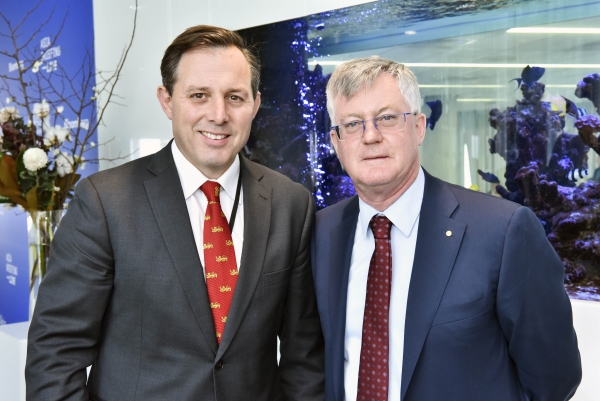 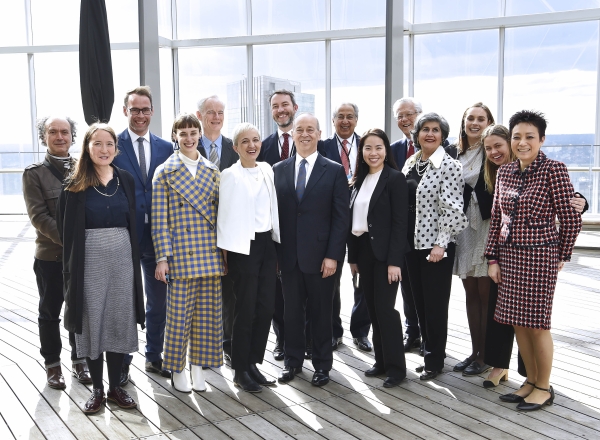 Last week Briefing MONTHLY once again came to life with Asia Briefing LIVE - our annual executive forum taking the pulse of Asia and Australia's engagement with the region. In partnership with Bloomberg, the event brought together 100 senior business, policy, and education leaders for a half-day deep dive into the geopolitical, economic, and business drivers shaping our shared region. It was addressed, among others, by outgoing Secretary of the Department of Prime Minister and Cabinet, Dr Martin Parkinson AC PSM and CEO of Austrade, Dr Stephanie Fahey, along with international guest speakers Asia Society Policy Institute Vice President of International Security and Diplomacy, Daniel Russel and Chairman and Founder of AgFoodTech, Dr Jaleh Daie.

The conference was broken down into 3 major panels – "Neighbourhood Watch" focused on Asia's geopolitical hotspots and risks, "Deals and Dollars" honed in on Australia's business and economics relationship with Asia, and "Australia-Asia 360°" took the discussion to the polls.

Despite democratic upheaval in Hong Kong, a nuclear refresh in North Korea and territorial redraws in Kashmir, conversation revolved almost entirely around US-China disputes. Even mention of the greatest geopolitical disruptor of all, climate change, was subsumed by superpower rivalry.

Neighbourhood Watch: All Eyes on US-China

On the brink? Animation: Rocco Fazzari. View it here.

In the wake of Asia's twin typhoons, the neighbourghood consensus was that competition and cooperation can and must coexist. With the political space of compromise shrinking and a trade deal becoming harder to strike, the panel discussed the growing importance of multilateral regional bodies and the role of rules - rules that China needs a hand in creating and no exemption from practising.

North Korea was seen to be the other great manipulator of rules, successfully changing its nuclear narrative from dismantling to living with weapons. Setting a dangerous precedent for nuclear proliferation, the panel discussed how Kim Jong-un's strong bias in favour of divide and conquer has successfully resulted in shattering the unity of the international community.

Rising rent for peace and quiet on the peninsula. Animation: Rocco Fazzari. View it here.

"The China Dream and Amercia First, neither one of these are inclusive concepts." Daniel Russel, Vice President, International Security and Diplomacy, Asia Society Policy Institute & former Assistant Secretary of State for East Asian and Pacific Affairs

"One of the ways Vietnam thought to balance China was to get along better with the US." Dr Huong Le Thu, Senior analyst, Defence and Strategy Program, Australian Strategic Policy Institute

"We have to be more active in addressing the issues that will effect the ecosystem of security and stability in our region." H.E. Y. Kristiarto S. Legowo, Ambassador of the Republic of Indonesia to Australia

"With the very harsh strategic competition bewteen the US and China, there is a role to be played by middle powers." H.E. Reiichiro Takahashi, Ambassador Extraordinary and Plenipotentiary of Japan to Australia

Deals and Dollars: Australia at a Pivot Point

The panel of business leaders and economists argued that Australia need not pick sides, but should rather use its middle power status to promote open trade and drive reform in the region. This non-binary outlook was reflected in the poll - with a significant increase in support for Indonesia as Australia's biggest business opporunity.

The shift from a wholly China-centric economic model was not seen as a move to decouple from Australia's biggest trading partner, but rather to invest in the prosperity and productivity of the region as a whole. Part of this involved making Australia a more attactive and accessible market.

"We should welcome this kind of institutional smorgasbord if it means countries in our region stepping forward to provide leadership and collective resilience." Dr Martin Parkinson AC PSM, Secretary, Department of Prime Minister and Cabinet

"Increasingly it appears as if we are being asked to choose sides and I don't think there are any positive outcomes from that." Su-Lin Ong, Managing Director, Chief Economist and Head, Australian Research, RBC Capital Markets

"If Australia wants to be competitive and stay ahead of the game, you either have to compete in pricing, quality, or uniqueness." Dr Jaleh Daie, Chairman and Founder, AgFood Tech

"Australia is a hard place to get to so we’ve got to make it as easy as possible. Otherwise they’ll push the metal elsewhere around the world and we’ll lose the tourists." Geoff Culbert, Chief Executive Officer, Sydney Airport

"We are the number one destination in terms of desirability for the affluent Chinese ... but somehow we end up at number fourteen on the ranking of where the Chinese actually go." Matt Bekier, Managing Director and Chief Executive Officer, The Star Entertainment Group

The impact of superpower rivalry on Australia and the region was first and foremost on the agenda. Rising anxiety that the world had divided into two zones was reflected in the 68 per cent consensus that Australia would be 'catastrophically' impacted were US-China tensions to persist. Despite red flags on the emergence of a 'Team West' and 'Team China', the outlook was deemed much more diffused than binary.

Domestically, despite an uptake in interest in Australia's China policy over the past year, attitudes towards the Australian government's management of its largest trading partner have not budged. 74 per cent of guests still voted policies to be clumsy and inconsistent.

"The real economic impact of all this tension is coming home to roost." Ed Johnson, Managing Editor, Australia and New Zealand, Bloomberg News

"We've got these two leaders ... the question is whether they're really driving it themselves or whether there's a much greater hardening of the arteries in systems." Greg Earl, Editor, Briefing MONTHLY, Asia Society Australia

This event was presented in partnership with: