Engage Myanmar But Suspend From ASEAN 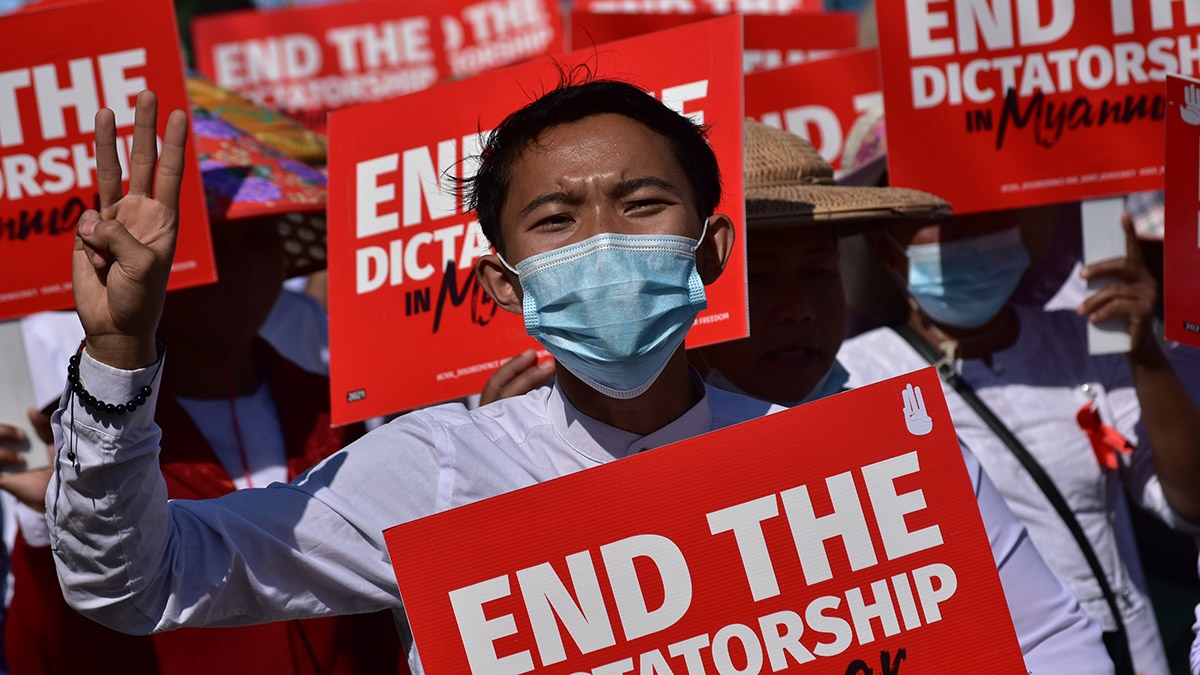 More than two months ago, Myanmar’s Tatmadaw usurped power alleging electoral fraud that could undermine stable democracy, national security, and solidarity in the country. Since then, the military has itself directly set in motion all those scenarios it purportedly tried to head off. Hundreds have been killed, including children. With ethnic armed organizations clashing against the military and the junta and protesters digging in for the long haul, concerns are rife that the already deeply fractured nation seems headed towards a civil war.

Outside Myanmar, reactions to the coup have been mixed. Within the Association of Southeast Asian Nations (ASEAN), responses have ranged from alarm and various degrees of concern to indifference and silence. In contrast to Western sanctions, the region’s leaders have opted to maintain open channels of communication to the Tatmadaw even though the junta has so far rebuffed any efforts at substantive negotiations for a solution to the crisis. In the hopes of influencing or quietly pressuring the junta through sustained engagement, ASEAN leaders have had to walk the tightrope of not appearing to legitimize the takeover. This has led to awkward encounters such as last month’s ASEAN Chiefs of Defence Forces Meeting in which Senior General Min Aung Hlaing spoke of unconventional threats while other military chiefs expressed concern about the situation in Myanmar.

There are good reasons to preserve outreach to disagreeing or even disagreeable parties. In 2006, as a result of pressure from other ASEAN states, Myanmar skipped its chairmanship of the grouping to focus on the country’s “national reconciliation and democratization process.” Two years later, in the aftermath of Cyclone Nargis, ASEAN and the Secretary-General, himself, successfully urged Myanmar to open up space for international humanitarian assistance through an ASEAN-led mechanism. Now, in order to realistically address the security and stability of Myanmar, ASEAN must deal with the de facto party in power. In general, engagement rather than isolation both ensures and assures ASEAN of being a key and trusted partner to member-states, even in challenging times. It also affirms ASEAN centrality and staves off external meddling. Contrary to the argument of non-interference being outdated, the principle remains critical in current times as major powers once again jostle for spheres of influence in the region under the guises of ideology or fraternity.

There is, however, a need to rethink ASEAN credibility and efficacy; specifically, to its citizens. ASEAN may have been established as an inter-governmental organization but the Community that it has deliberately sought to evolve into in the decades since articulates a more inclusive vision: one that prioritizes the nearly 700 million people in the region. Even ASEAN’s most intuitively state-centric political and security pillar is premised upon “a rules-based, people-oriented, people-centred community” where “our peoples enjoy human rights, fundamental freedoms and social justice.” In laboring to engage with Myanmar’s military regime, has ASEAN disregarded its own pledges of people-centrism and overlooked the people of Myanmar? Is ASEAN’s focus misplaced?

The governments of Southeast Asia should, in fact still engage the military. But they should do so outside rather than within the ASEAN framework. In other words, ASEAN should suspend Myanmar from ASEAN activities until a return to the status quo ante of February 1. Unlike the Organization of American States, the African Union, the Arab League, or the European Union, ASEAN does not specifically mention suspension as a consequence of a serious breach or non-compliance of the organization’s Charter.  Article 20 simply states that the “matter shall be referred to the ASEAN Summit for decision.” And although ASEAN’s basic operating principle on decision-making is consultation and consensus, the ASEAN Summit may also decide in the event of non-consensus. As Brunei, Indonesia, and Malaysia scramble to round up support for a summit on Myanmar soon, suspension should be a consideration particularly if the military remains intransigent.

Suspending Myanmar might seem unconstructive at a time of worsening violence and throttled access to the outside world. There is also the fear that ASEAN might lose its leverage with the junta, driving those in power into the hands of larger neighbors with vested interests. This, however, assumes that ASEAN even has sufficient influence at the moment, that ASEAN governments are all closely aligned to pressure the Tatmadaw, that continued engagement will substantively change the situation on the ground, or that any one country commands enough heft to make an impact alone or without pushback from others.

ASEAN’s lack of agility in decision-making may be acceptable – even desirable – in certain circumstances. However, the risk of a protracted conflict and a humanitarian emergency spilling over borders is not one of those situations. The solution may be to unshackle ASEAN member-states from the constraining formalities of organizational bureaucracy while still working closely behind the scenes plurilaterally, as is effectively the case now.

The long term question for ASEAN must be what it hopes to achieve in the long-run for the people of ASEAN. A 2017 Economic Research Institute for ASEAN and East Asia survey on, “What does ASEAN mean to ASEAN peoples?” found that nearly 80 percent of respondents from Myanmar saw the country’s membership of ASEAN as a good thing. Half voiced moderate concern if Myanmar were to leave ASEAN and about a third expressed extreme concern. The survey’s 208 respondents comprised a small sample but the respondents (nearly 97 percent were under 50 years old, 35 percent of whom were aged between 15 and 30) showed an encouraging, if not guarded, optimism of ASEAN. These days, there is only frustration, despair, and anger at ASEAN’s inertia towards #WhatsHappeninginMyanmar by the youths of Myanmar and other Southeast Asian nations on Facebook and Twitter.

ASEAN’s significance to the regional power structure is certainly at stake. But the grouping cannot possibly be credible to external parties if it proves irrelevant to the very people it purports to centre. Without a center, there can be no centrality. The emergency ASEAN Summit, when convened, might do well to keep its people, not just governments, in mind.

Elina Noor is Director, Political-Security Affairs and Deputy Director of the Washington, DC office of the Asia Society Policy Institute.

This article first appeared in The Jakarta Post on 12 April 2021.