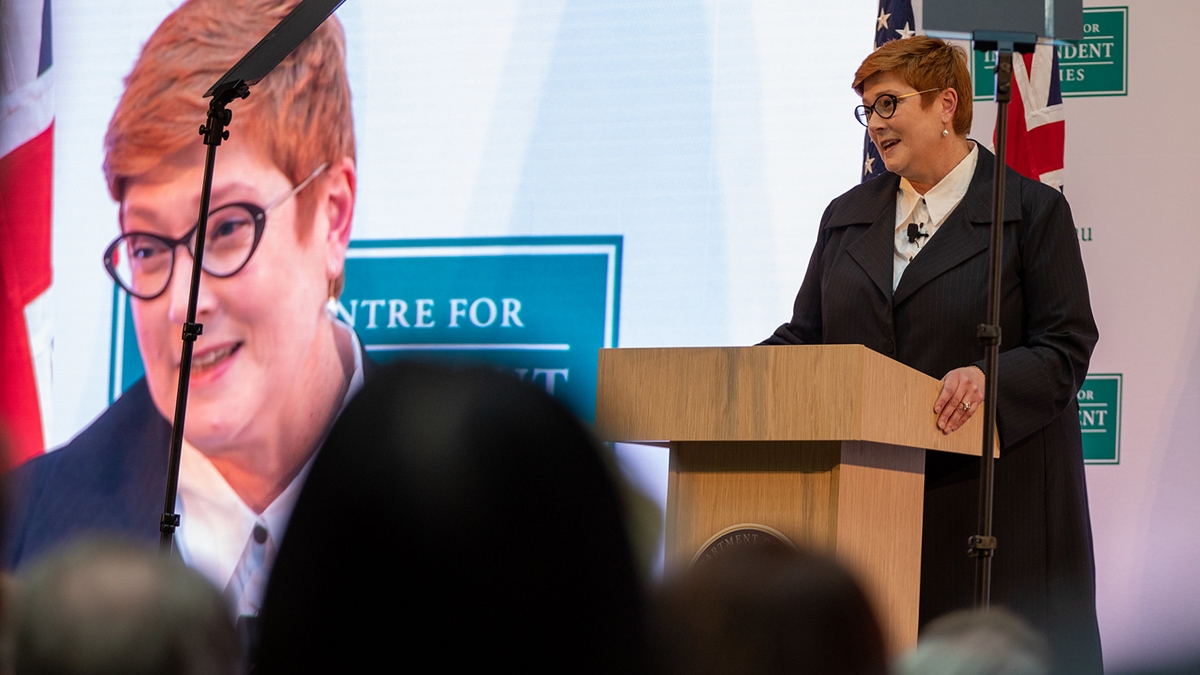 Much has been written about the khaki tinge of the upcoming federal election, with the Morrison Government seeking to differentiate itself on defence and national security while the Opposition emphasises the similarity of their positions and asks that national security be above partisan politics.

In the midst of this, it’s pleasing that there is recognition of the importance of other elements of statement – diplomacy and development – for maximising Australia’s foreign policy influence. Defence alone cannot manage the range of international issues that face the next government.

There has been increased use of “3D” language across both sides of politics.

Prime Minister Morrison speaks about using all elements of statecraft to shape the world we want to see; Minister for International Development and the Pacific Zed Seselja commits to use “all the tools of statecraft”; and Minister for Foreign Affairs Marise Payne describes Australia’s response to COVID-19 in the region as a “whole-of-government framework” that draws on “the full suite of our development, diplomatic, and defence capabilities.”

This is mirrored across the aisle with Shadow Minister for International Development and the Pacific Pat Conroy MP calling for “greater coordination between development, diplomacy and defence policy” and “more strategic and joined-up thinking between the domains of diplomacy, defence and development.” In Shadow Minister for Foreign Affairs Penny Wong’s words:

“Maximising our influence means we need to use all the tools we have. Military capability matters… But we need more than that. We need to deploy all aspects of state power – strategic, diplomatic, social, economic… Foreign policy must work with other elements of state power to succeed – in this the whole is greater than the sum of the parts.”

The key difference is that the Opposition explicitly focuses on the need to rebuild Australia’s diplomatic and development capacity. Leader of the Opposition Anthony Albanese has outlined a vision for international engagement that “rebuilds our diplomatic service [and] revitalises our international aid program”, while Shadow Minister for Foreign Affairs Penny Wong has called for “a rebuilding of our development assistance program” and diplomatic capacity.

Answering questions after his address to the Lowy Institute, Anthony Albanese said that Australia “need[s] to step up in terms of our diplomatic efforts”, lamenting the “short sighted” budget cuts that had undermined the capacity of the Department of Foreign Affairs and Trade to “engage in soft diplomacy” and “build relations over a period of time.” Albanese said there would be “a much bigger effort, both in terms of quantity but also in terms of quality” to reverse “the marginalisation that has occurred.”

Beyond this, the Opposition is cautious about entering into detail, focusing in broad terms on perceived Labor strengths like engagement with Asia, multilateralism and the alliance with the United States.

While a khaki election will forefront foreign policy issues, it will likely emphasise defence and national security over diplomacy and development.

However, behind the scenes, consensus is building on the need to apply all arms of statecraft, which implies both sufficient investment and effective coordination in support of common strategic objectives.

Whether discussed or not, rebuilding Australia’s diplomatic and development capacity will be a big part of the job of the next Minister of Foreign Affairs, whoever it is.

On the diplomacy side, this might include a diplomatic capability review and focus on recruitment. On the development side, it could include building development leadership (e.g. by appointing an Associate Secretary for Development and deploying senior development people to key posts) and rebuilding evaluation capacity (e.g. by reestablishing the Office of Development Effectiveness and the Independent Evaluation Committee). For both diplomacy and development, there needs to be a clear sense of direction and purpose, ideally through a single international strategy such as the United Kingdom’s integrated review.

The overall aim must be a Department of Foreign Affairs and Trade with the people, the knowledge, the skills and vision to navigate the times ahead.

If Prime Minister Morrison is right that “Australia faces its most difficult and dangerous security environment in 80 years”, we can’t afford to have anything less than the full complement of tools of statecraft at our disposal.

Melissa Conley Tyler FAIIA is program lead and Tom Barber is program officer at the Asia-Pacific Development, Diplomacy & Defence Dialogue (AP4D), a new initiative that provides a platform for constructive dialogue, fresh ideas and future-focused debate on Australia's role in the Asia-Pacific.