Digging Deep into Asia for New Ways to Design Cities 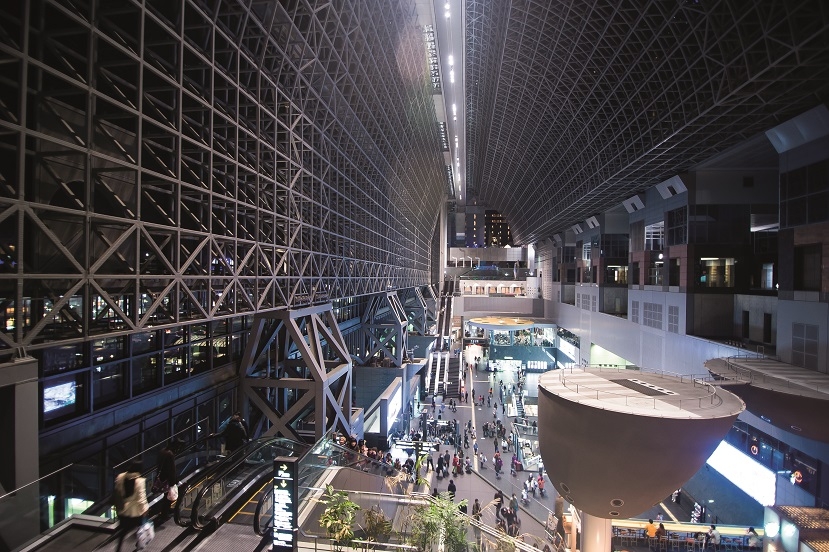 Many Asian and Australian cities anticipate a further doubling of their population over the next decades. Doubling a city should also double the amenities, including open space. Can going underground be a solution?

Over the last decade, Australian and Asian cities have experienced migration of an unprecedented scale. Many cities anticipate a further doubling of their population – it is only a question of time before this happens.

There is a common set of constraints inhibiting further expansion:

There is a disconnect between our desire for aspirational urban lifestyles and the realities of cost, distance, congestion and waste in our daily access to workplaces, leisure and educational facilities.

With this dichotomy at play, how can any city double its population while improving lifestyles? Temporary solutions like adding height to buildings and enhancing transit options cause enormous cost and disruption. They rare a piecemeal approach to increase the fabric of the city while creating a strain on facilities, overloading highways, and losing access to the open sky.

Cities are to be enjoyed. Surely doubling a city should also double the amenities, including open space? City planners in Asia have already realised that there are myriad fantastic opportunities underground. Many facilities can be put below ground, freeing above ground space for activities that really need the sky above them. Singapore, Hong Kong and Tokyo have extensive occupied underground space. People use the space to commute, to work, to eat, to go shopping, to be entertained, to enjoy life – without giving a thought as to whether they are below or above ground.

Hong Kong: In the 1980s, Hong Kong ground floor rental was at a premium. The Hong Kong Land Company realised that pedestrian access to luxury shops commanded high rentals, so they started connecting buildings at the first floor level with pedestrian bridges, achieving high rental at ground and first floor levels. Soon, the connection of basements to underground railway stations generated another network, meaning premium shopping at high rentals could be located on the first or second basement level. Networks are now in place in Central, Causeway Bay and Tsim Sha Tsui.

Singapore: While a few cities have connecting footbridges above the ground, connections below ground to railways are increasingly popular, with growing property values in underground stations. In Singapore there are interconnections at Orchard Road, Bugis and Marina – Singaporeans now enjoy socialising in interconnected venues, which have the benefits of climate control and protection from the elements. Multi-function centres include car parking, supermarkets and many floors of retail and entertainment, such as ice rinks and cinemas. Only the signs on the walls identify the location as either above or below ground. In Singapore, the Marina South reclamation area includes provision for inter-connections between new and future buildings, for underground railway stations at basement level and for underground passages.

Tokyo: Similar area redevelopments include Tokyo Station City which is a fully integrated railway and commercial complex. Tokyo also has an extensive underground storm water relief system that has even become a tourist attraction due to its cathedral-like chambers.

It is possible in Hong Kong and Singapore to commute, work, shop, eat out and visit entertainment facilities entirely indoors and mostly underground. Climate change and growing extremes in weather mean that temperature-controlled environments will become increasingly attractive.

The future starts now: the case for long-term planning

Strategic planning needs to look beyond immediate issues to identify and establish long-term and enduring solutions to our most important problems.

Starting from scratch: Planning and building a new city in a new location is one solution to congestion and population growth. The site for Canberra, the capital city of Australia, was decided in 1908. Following a protracted gestation period, government offices started moving there in the late 1920s through to the 1970s with a steady growth in population to about 350,000. A comparison can be made with the planning of the seven Hong Kong New Towns in the early 1970s. Sha Tin, the largest, was developed over the last 20 years to reach a population of about 700,000.

Long term planning: The Urban Redevelopment Authority of Singapore is engaged in active strategic planning featuring territory-wide, long term objectives spanning over a nominal period of 40 to 50 years. In 2015, Singapore celebrated 50 years of independence focusing on its provision of affordable housing. This housing policy has been so successful that over 80 per cent of Singapore’s residents live in high rise public housing. By adopting these buildings of up to 50 storeys, they have maintained open space at ground level, with 42 per cent of the island covered with greenery and 9 per cent set aside for parks and nature reserves. Current strategic planning has options to cater for future generations while aiming to preserve open space for recreational use and to provide buffers for future growth needs. There will be heavy reliance on the development of underground space.

One approach is to retrofit housing estates, which typically house 250,000 to 300,000 inhabitants and to aim for self-sufficiency. The estates will feature town centres and transportation nodes in a model of polycentric development. This is similar to Hong Kong’s New Towns, creating a balance of residential, work, educational, healthcare and leisure facilities. In Singapore, polycentricity aims to reduce commuting and improve local facilities.

The second approach is to put suitable uses underground to optimise land use and improve the quality of the living environment. In general this means putting infrastructure, utilities, and more passive storage or warehousing uses underground, so freeing up land for people-related activities such as housing and outdoor recreation above ground. Every new major transport or utility infrastructure project should be reviewed to assess the potential for underground development and, if appropriate, co-development. Major land uses should also explore intensifying upwards and going underground to optimise the use of land. In Singapore, underground space is seen as a national asset.

A question of ownership: Any development below ground is contingent on ownership or rights to the development of the space. In most places, title to land is based on plan area. Definitions of titled space above ground are generally controlled by planning regulations such as height limitation. Definitions of titled space below ground vary enormously – different countries have different practices which generally depend on the type of land title involved. This ranges from ownership to the centre of the earth or is limited to what is required for free enjoyment of the property. Title may be limited to basements or foundations or could include specific mineral rights. Comprehensive planning of underground space affects both state owned and privately owned space and needs to provide for ownership of different levels, in the same way as strata titles above ground.

Ground conditions: Open underground space requires lateral and vertical support which is primarily achieved by the rock itself. In the same way that buildings rely on the ground beneath them for support, so a space below ground relies on the rock around it to be stable. Around the world, large caverns have been constructed for many uses including military purposes, hydro-power stations and for bulk oil storage.

The local strong igneous rock in Hong Kong provides excellent support for constructing caverns, with studies underway for a variety of uses, including detailed design for replacement sewage treatment works at Sha Tin, serving a population of 1 million.

The parameters for excavating caverns relate to the stability of the roof and the side walls. The best natural materials are strong rocks which have suffered little alteration.

In Hong Kong, the preferred rocks are Cretaceous granitic rocks, capable of supporting roof spans of 25m at Tai Koo railway station and potentially wider. With the addition of applied rock mechanics, spans of up to 61 metres as in the GjØvik Hall should be feasible. Other igneous rocks, such as the older Jurassic tuffs, have been mined with spans of up to 27 metres at the Island West Transfer Station. Government studies show 64 per cent of the Hong Kong territory has high to medium suitability for cavern development, with only 6 per cent considered unsuitable.

Singapore has different geology. In the middle of the island, Bukit Timah granite is good quality and has been used for mining ammunition storage caverns. The western side of the island is generally occupied by the Jurong Formation which comprises weakly metamorphosed sedimentary rocks that have been folded and faulted. Although these conditions are not as good as the granite, caverns have been constructed and put into operation with careful site selection and construction. The caverns are generally quite deep so the majority of underground developments currently are non-cavern developments. In both Hong Kong and Singapore, caverns have made use of arched roofs carved out from the rock with steel reinforcement where necessary to maintain the structural integrity. Much of Sydney is founded on Hawkesbury Sandstone that is moderately strong and is nearly horizontally bedded. Flat rock roofs have been adopted for tunnels, such as the three-lane Eastern Distributor. In the Sydney Opera House car park, a span of up to 19m was achieved by using rock bolts to tie together the horizontal beds of sandstone.

The geology of Melbourne is not so favourable due to the presence of weaker rocks for which less wide roof spans would be more suitable. Shafts do not have the same reliance on the strength of the rock as they are, in effect, caverns without rock roofs.

Other factors: Planning considerations include ownership and geology. Other physical considerations include vehicular and pedestrian access, the supply of light and air (taken for granted above ground), and gas, water, electricity, drainage and sewerage required for any development. Constructing two-way vehicular access and egress together with an alternative means of escape is expensive for a single development such as a warehouse or a data centre. However, their capacity would well exceed demand and could serve more developments, at the same level in the surrounding area. The Singaporean government requires a thorough review of all co-development opportunities both above and below ground for any new developments. This promotes the sharing of access and facilities together with reduced costs. Integrated planning of above and underground, supporting facilities for underground development, such as access and ventilation, means better integration into the urban landscape.

Rome was not built in a day

Doubling the size and capacity of any city takes time but then so does the increase in population. Cities must be ready. It will be expensive, requiring public and private investment, with a clear demonstration of the likely returns.

The lead time for any large development can be decades. Planning must be in place now for what will be needed later. Above all, cities should prioritise below ground development wherever feasible in order to preserve ground level space for other uses.

John Endicott is an AECOM Fellow.