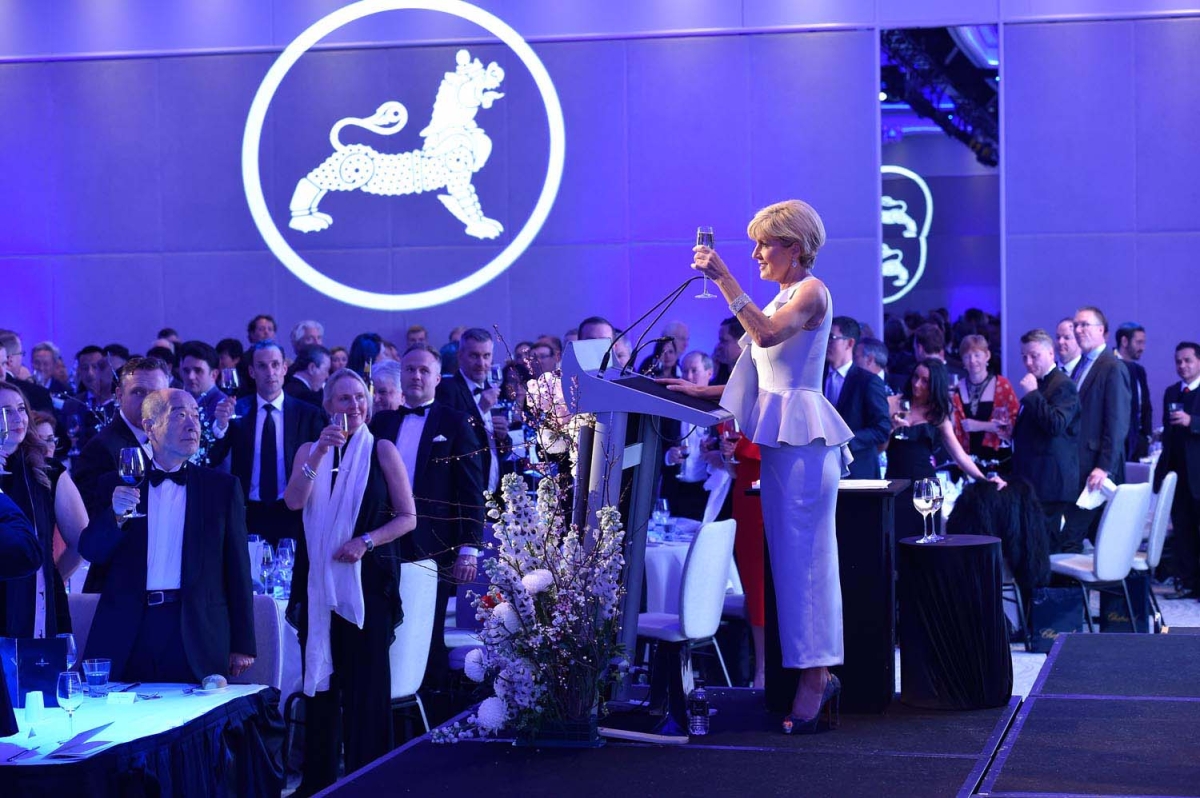 Twenty years ago our region was in chaos. The Asian financial crisis from July of 1997 was wreaking economic havoc, from Thailand to the Philippines, to Malaysia, to Singapore, Taiwan, Hong Kong. By October the impact was global, when the Dow Jones industrial average fell by 555 points, or over 7 per cent in a single day. The Asian financial crisis reaffirmed the truism that economic growth and prosperity is hard earned but easily lost.

In May of 1997 then Prime Minister John Howard launched the Australian chapter of the Asia Society here in Sydney. In August of 1997 the Howard Government released its first Foreign Affairs White Paper. Both those events recognised the growing importance of Asia to Australia’s economic fortunes and both events were prescient, for Asia demonstrated remarkable resilience. Its economies bounced back. In 2001 China joined the World Trade Organisation and has emerged as a global economic leader. East Asia has become a manufacturing hub for the rest of the world. Today India and Myanmar are two of the fastest growing economies in the world.

But as quickly as Asia rose, there was still a great deal of room, a great deal of potential, for Asia to rise even more, if one accepts that GDP per capita is the best measure of economic wealth and prosperity. Because of the top 20 economies, based on GDP per capita, there are only 3 in Asia and there are only a handful of Asian economies that could fairly be described as fully industrialised. So as the scale and pace of poverty reduction increased, and it was in fact unprecedented, there were still challenges and are still challenges on the horizon.

They say that demography is destiny. Much of Asia is ageing rapidly. The number of people over the age of 70 in East Asia alone is likely to treble over the next thirty years, from about 207 million people currently to about 667 million.

Of course, India, Philippines, Malaysia, Indonesia will still enjoy the benefits of having a plentiful supply of working aged people, but this economic advantage has passed the majority of Asian nations by, and the challenge for Asia is to grow rich before it grows old, to avoid the middle income trap and to harness the rise in the consumer class which will avoid economic stagnation.

It’s also a great opportunity for Asia. Instead of making goods more cheaply for the rest of the world, Asia will be a major source of global consumers – from quality food and clothing to IT devices and cars to luxury goods and specialist services. Australia is exquisitely positioned to capture this opportunity and to find new ways to drive economic growth, particularly at a time when technological advances are disrupting the way with live, the way we work, the way we interact.

I think it’s worth noting that the fastest growth in investment in advanced manufacturing, robotics, automation, artificial intelligence, is occurring in Asia. Economic growth propelled by the demographic dividend will be replaced by leadership – creative, innovative – in technological advances.

My very positive view of Asia will eventuate if we continue to have relative peace and stability such as we have experienced in recent decades, underpinned, as it is, by the international rules based order, instigated, promoted and defended by the United States, its partners and allies.

Larger and smaller economies, stronger and weaker states, can co-exist constructively and peacefully if all nations abide by the norms and rules and international laws that guide the behaviour of states, particularly towards each other.

North Korea is currently in violation of the international rules based order because of its defiance of numerous UN Security Council resolutions that ban its illegal tests and this will require not just a regional response but a global response.

Later this year the Turnbull Government will release our Foreign Policy White Paper and this will be a blueprint, a framework, within which we can manage our international engagement over the coming decade – how to be more resilient in the faces of threats, how to enhance our standing and our influence, how to be more deeply engaged in our region and beyond.

Already one of the Government’s signature policies is creating a new generation of Australian leaders who will be Asia literate. Under the Government’s New Colombo Plan Australian undergraduate students are given the opportunity to live, study and work in one of 40 nations in the Indian-Ocean Asia Pacific region. This New Colombo Plan has built new partnerships between the Australian government and governments in the region; between our universities who of course have to recognise the courses that our students are undertaking; with businesses, with NGOs, government departments, who are providing Australian undergraduates with internships, practicums and work experience.

I know there are a number of our New Colombo Plan alumni here this evening. Their stories are remarkable, each one of them has learned so much.

Patrick from University of Western Sydney, a business student studying at Meiji University in Japan did an internship with Mitsui and then with the National Australia Bank in Tokyo.

Thomas from the University of Technology in Sydney, an engineering student, studied in Thailand and did an internship at the United Nations Office of Disaster Risk Reduction.

Pratul, who is here this evening, an engineering student from Curtin University, studied in Singapore and undertook work experience with Telstra in Singapore.

By the end of next year, that’s within five years of its establishment, the New Colombo Plan would have supported over 30,000 Australian undergraduates to live, to study and work in our region and each one of them is coming home with new perspectives and new insights, new skills, new experiences and it’s been instilled in them to have a greater appreciation of our place in the world. And they would have made contacts and friendships and built networks that will last for their lifetime but will forever be in Australia’s national interest.

This address was given as part of Asia Society Australia's 20th-anniversary dinner, presented in Partnership with Blackmores.