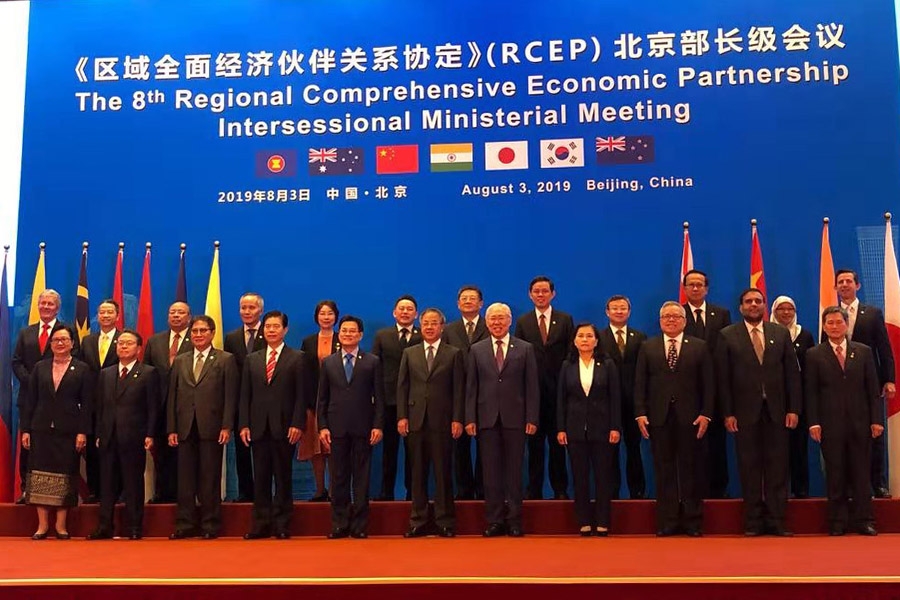 Over recent weeks the Morrison government has rolled out new programs and initiatives that significantly strengthen Australian support for Southeast Asia’s recovery from the COVID-19 pandemic and help build regional resilience.

These initiatives are worth considering as a whole. Along with the conclusion of the Regional Comprehensive Economic Partnership (RCEP) trade deal, they drive some welcome new momentum into the government’s Indo-Pacific strategy in Southeast Asia.

On 31 October, the government made safe and effective access to vaccines the centrepiece of its response to COVID-19 in Southeast Asia and the Pacific, announcing $500m in new funding for a vaccine access and health security initiative. The government had previously committed $80m to the COVAX Advance Market Commitment, which will help developing countries obtain vaccines.

At the same time, the government pledged to donate any vaccines that were “above domestic needs” from its purchase agreements with Astra Zeneca-Oxford and CSL-University of Queensland.

On 12 November, the government announced a $1.5b loan to Indonesia, providing Jakarta with some much-needed budget support as it responds to increased unemployment and poverty and charts a course for economic recovery.

At the East Asia Summit on 14 November, Prime Minister Morrison (participating digitally) announced a further $550m of economic, development and security measures to support the region’s recovery from COVID-19.

Just over half this new aid is a welcome boost to Australia’s relatively modest effort in the Mekong region, with spending earmarked for economic integration and development, including implementing the Vietnam Economic Engagement Strategy.

There’s large new expenditure to support the development of high-quality infrastructure, including through technical assistance, and a program for coastal states to develop their marine resources sustainably through enhanced training, technical advice and cooperation.

Australia’s Defence Adviser and Defence Attaché network will be expanded to cover all ASEAN nations. And $104m will be invested in the region’s “emerging security needs”, such as cyber resilience and maritime security.

Importantly, after two years of patient diplomacy, Australia has also won support for an annual bilateral summit with ASEAN (currently every second year). This puts Australia on the same level as ASEAN’s other top dialogue partners, such as the United States, Japan, China and India.

The symbolism is important for a country that pledged in the 2017 Foreign Policy White Paper to be a leading partner for ASEAN. But bilateral summits are also an important opportunity to demonstrate directly to ASEAN leaders the value Australia brings to the partnership.

RCEP encompasses 29 per cent of world GDP and 30 per cent of the world´s population. The other 14 RCEP countries include nine of Australia´s top 15 trading partners and account for 58 per cent of Australia’s total two-way trade, and 66 per cent of its exports.

Trade Minister Simon Birmingham has highlighted RCEP’s global consequence: finalising the deal demonstrates strong support for trade liberalisation and rules-based trading arrangements at a time of significant global trade tensions and economic nationalism. It is a repudiation of the Trump Administration’s “America First” approach to trade.

What conclusions should we draw from these past few weeks of Australian diplomacy?

First, in a year in which the annual round of ASEAN summits was held in the shadow of the COVID-19 pandemic and the seismic defeat of Donald Trump in the US election, the government’s Indo-Pacific strategy has been given more firepower.

The 2017 Foreign Policy White Paper underscored Southeast Asia’s place at the nexus of strategic competition in the Indo-Pacific, noting this was testing the region’s cohesion.

Australia did not sit on its hands in Southeast Asia in the period after the White Paper’s publication. Relations with major ASEAN partners like Indonesia, Vietnam and Singapore continued to strengthen. At the same time, the resources need to drive policy harder were eroded by successive cuts to the aid budget.

When the COVID-19 pandemic hit Southeast Asia, existing bilateral and regional aid programs were quickly re-geared to COVID-19 priorities. Still, despite the urgent need, no new funding was allocated (other than to Timor Leste).

The government’s new initiatives – responding to the priorities of Southeast Asia – now recognise both the opportunity and the imperative to strengthen Australia’s role in the region at a time of crisis.

Second, Australia wants not just to help recovery from the pandemic, but also to strengthen ASEAN’s resilience and agency at time of rising Chinese influence and sharp major power contestation.

In Prime Minister Morrison’s words, Australia seeks to support a region of “sovereign, independent states, resilient to coercion but open to cooperation on the basis of shared interest”.

Australia on its own cannot match what China has to offer. That is not the intent. Rather, together with close partners like Japan and the United States, the objective is to give Southeast Asia nations more options and more choice.

Third, in injecting new momentum into Australia’s Indo-Pacific Strategy, the Morrison Government is now well-positioned to urge the incoming Biden Administration to craft a more consistent and effective strategy in Southeast Asia than the Trump Administration was able to deliver.

Fourth, it has been a good fortnight for the Foreign Affairs and Trade portfolio.

That the Department of Foreign Affairs and Trade has not had to offset the cost of these initiatives suggests the Government at last realises the aid budget has now been cut too far to support such large expenditures through further re-allocation and re-prioritisation. Put this down to quiet but effective advocacy from the Minister and her department, along with support from the international team in the Prime Minister’s Office.

Even so, the aid program remains unfinished business. The root and branch review of Australian development assistance announced last year was understandably put on hold while the aid budget was re-geared to respond to the pandemic.

The moment might have passed, but re-starting the review at some point in the future would be valuable. The international aid landscape continues to change rapidly.  And while Southeast Asia is likely to recover from the pandemic and continue to grow, there remains a strong case for a substantial aid program, put on a more secure footing and geared both to still deep pockets of poverty and to helping the region manage strategic competition.

Finally, surely there have been few more productive periods for the Department of Foreign Affairs and Trade as a policy developer and coordinator than the past three years.

Prime ministers and ministers, who have pushed the Department hard to deliver, can rightly claim their share of the credit. But DFAT has also done its part, stepping up in both vision-setting and in the detailed work of crafting policy initiatives to deliver on the objectives of the Turnbull and Morrison governments.

This record includes the 2017 Foreign Policy White Paper and the Indo-Pacific Strategy and Pacific Step Up initiatives embedded within it. It also includes many of the ideas in the Step Up 2.0 announced by Prime Minister Morrison in 2018 and, this year, successful delivery of the Prime Minister’s audit of Australia’s engagement with the multilateral system. Along the way, major new bilateral and plurilateral trade deals have been secured, notably RCEP and the Australia-Indonesia Comprehensive Economic Partnership. The past few weeks of Australian diplomacy in Southeast Asia now add to this productive period of policy making.