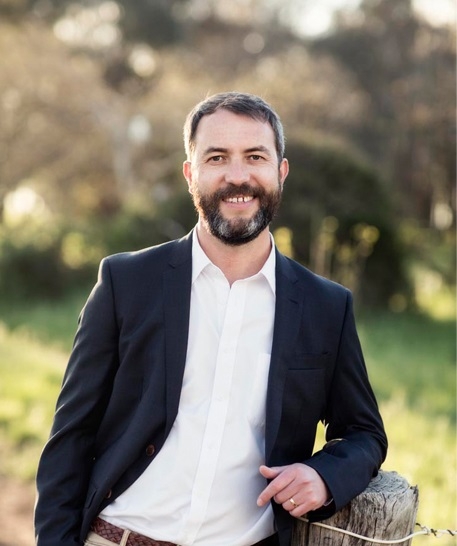 Asia Society Australia has announced the appointment of Philipp Ivanov as Chief Executive Officer. He will be based in Sydney and commence his role in January 2015.

“I am delighted to welcome Philipp into the Asia Society family,” Mr Smith said.

“I am confident that his leadership, vision, and dedication will position the Asia Society as Australia’s leading platform for engagement with the Indo-Pacific region and an increasingly important and dynamic hub of the Society’s global network.

Philipp will lead the development of the Asia Society’s profile and presence in Australia and new original programming, strengthening of the membership base and closer integration with the Society’s headquarters in New York and other centers.

“Philipp will also advise on the opportunities to increase Asia Society’s footprint in Indonesia and New Zealand,” Mr Smith said.

Mr Ivanov has an outstanding record of leadership, public service, and dedication to building connectivity between Australia and Asia. He joins the Asia Society from the Australian Government’s Department of Foreign Affairs and Trade where he was a Manager of the Australia-China Council (ACC) – a premier, long-standing and respected institution in the Australia-China relationship. In three years Mr Ivanov reinvigorated ACC’s profile as a prominent, bipartisan, cross-sectoral institution, which connects people, ideas and networks and provides opportunities for engagement between Australia and China.

Mr Ivanov was instrumental in defining ACC’s strategic space and direction in the rapidly-expanding bilateral relationship and ensuring the Council’s expertise was effectively utilised by the Australian Government and community. Mr Ivanov’s pro-active and big-picture approach was essential in instituting a seamless partnership with the Foundation for Australian Studies in China and BHP Billiton Chair of Australian Studies - a partnership that in the short three years saw the rejuvenation of the Australian Studies in China Program, highlighting its role as Australia’s major public diplomacy asset. Mr Ivanov also considerably ramped-up ACC’s grant-making strategy, communication capabilities and online presence, and designed the Australia-China Achievement Awards program. At DFAT, Mr Ivanov was also one of the two principal authors of the Australia in the Asian Century - China Country Strategy.

Earlier at La Trobe University, Mr Ivanov managed commercial and academic relationships with Vietnam, Thailand, and the Gulf States and was responsible for forging partnerships the emerging government scholarship providers in the South-East Asia and Middle East.

Mr Ivanov spent over six years in China studying and working in educational and development roles in North-East and South-Eastern China. He was the recipient of the ‘Rose Award’ by the Shenyang Municipal Government in 2002 for his contribution to the development of Shenyang City education and training sector. He was awarded the Australian Government’s Endeavour Executive Fellowship in 2009, under which he undertook research on China’s leadership development policies at China’s National Academy of Education Administration. He is the Asia Literacy Ambassador at the Asia Education Foundation.

Mr Ivanov is a fluent Chinese and Russian speaker and considers himself an Asia-Pacific native. He grew up in Vladivostok, on Russia’s Pacific coast – less than a three-hour drive from the Chinese and North Korean borders and a day-long ferry ride to the west coast of Japan.

Mr Ivanov received classical Chinese language, economy and history training at the Far Eastern National University in Russia. He also studied in Jilin and Liaoning Normal universities in China and holds a Master of Educational Leadership and Management from RMIT University in Australia.