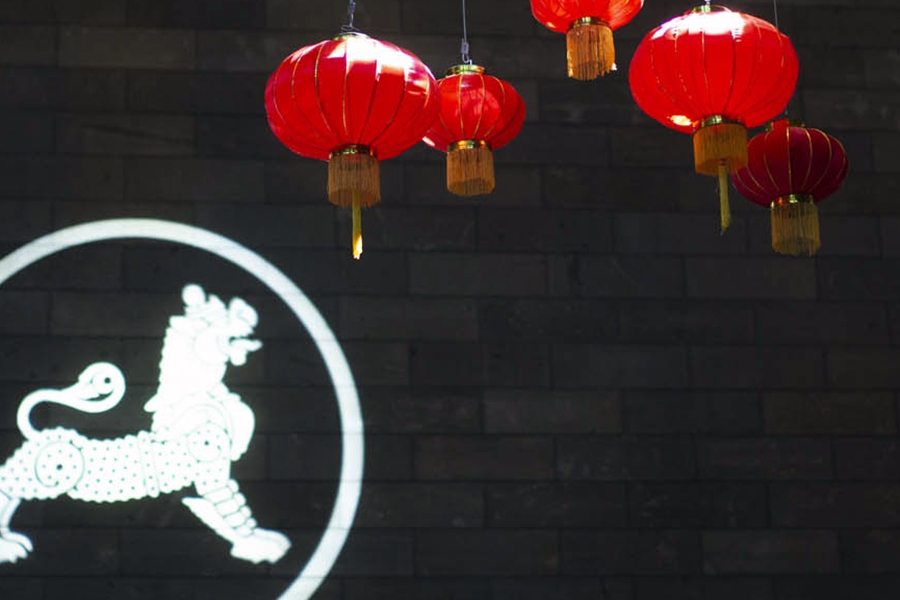 “Asia Society Australia is excited to enter 2020 with a strengthened Advisory Council. The broad expertise of this esteemed group reflects how engagement with Asia continues to flourish across Australia’s top-level leadership”.

“Expanding our team is crucial for delivering our high-quality programming, growing our community of supporters, partners and members, and ultimately achieving our ambition to be Australia’s leading centre for engagement with Asia.”

Click to view the Asia Society Australia Board and Advisory Council.

Dr Martin Parkinson is the seventh Chancellor of Macquarie University. He was previously Secretary of the Department of the Prime Minister and Cabinet from 2016 to 2019.

Prior to this Martin was a professional Non-Executive Director, serving on the boards of ORICA, O’Connell Street Associates, and the German-Australian Chamber of Industry and Commerce. He also served as a member of the Policy Committee of the Grattan Institute and on the Australian Federal Police Future Directions Advisory Board.

From March 2011 to December 2014, Martin served as Australia’s Secretary to the Treasury, and prior to this was the inaugural Secretary of the Department of Climate Change from its establishment in December 2007. Martin has worked at the international Monetary Fund and represented Australia in numerous global and regional fora, including the G20, IMFC, OECD, APEC and the Financial Stability Board.

Philippa Stone is a partner of Herbert Smith Freehills and is Joint Global Head of the firm’s Capital Markets practice.

Philippa is a corporate lawyer, specialising in mergers and acquisitions, including both public company M&A and negotiated transactions, equity and hybrid raisings and corporate reconstructions for listed companies, as well as funds management, structured financial products, general corporate and corporate governance advice.

Philippa has honours degrees in Arts and Law from the University of Sydney.  She is a member of the Takeovers Panel, and is on the Law Council of Australia’s Corporations Committee. She is a non-executive director of the Centre for Independent Studies, and is also a Panel member of Adara Partners, a boutique corporate advisory firm whose earnings go directly to benefit people living in extreme poverty.  She is a guest lecturer at the University of Sydney on capital markets transactions.

Maggie Zhou was appointed Managing Director for Australia and New Zealand in March 2016 for Alibaba Group.

As one of the key veterans of the company, Maggie has witnessed major company developments as the company has expanded its businesses outside of China and as well as the progression and development of Mainland China’s e-commerce market.

In her current role, as part of the company’s globalisation strategy, she is responsible for establishing a local presence for Alibaba in Australia and New Zealand to further develop infrastructure and help local merchants enter the vast China consumer market.

Prior to this role, Maggie worked closely with the Australia and New Zealand business development team on Tmall Global, a cross-border B2C business platform for Tmall, and was in charge of overall government and public affairs for the platform. She has worked closely with the Australian Trade Commission (Austrade), showcasing the value of the China e-commerce market to Australian brands and businesses.

In Maggie’s earlier days with Alibaba, she helped the Group establish Taobao Marketplace in 2003 as one of the nine founders of the C2C platform, and served as Executive Assistant to Jack Ma, the founder and Executive Chairman of Alibaba, for almost five years.

In August 2017, Maggie Zhou was appointed a Victorian Business Ambassador by the State Government of Victoria. Maggie has been a key contributor to Alibaba Group’s strategy to internationalise its business and its mission – to make it easy to do business anywhere.

Greg was appointed to the role of Chief Casino Officer at The Star Entertainment Group in January 2019. Prior to commencing this role, he was Managing Director of The Star Sydney from late 2014.

Greg has over 22 years’ experience spanning key Australasian and Asian and gaming markets. He joined The Star Entertainment Group from Melbourne where he was Chief Executive of Crown Melbourne, prior to this he was based in Macau for five years and oversaw the development and operation of hotels and casino there, including The City of Dreams integrated resort. Greg has extensive operational and strategic gaming experience and provides valuable insight into the Asian VIP and premium mass market sectors.

Rongyu is responsible for leading the University's overall engagement strategy, with a particular focus on expanding the quality and scale of domestic and international engagement with prospective students, Higher Education institutions, industry, government, alumni and Aboriginal and Torres-Strait Islander communities. The position works collaboratively with all UQ portfolios to develop, articulate and sustain a shared vision of engagement.

Prior to joining UQ, Rongyu was the Deputy Vice-Chancellor and Vice President (Students and Partnerships) at the University of Canberra; the Executive Director, International at RMIT University and Deakin University respectively in Melbourne. He has held other senior leadership positions for more than a decade in International Education across a number of Higher Education institutions in Australia and New Zealand.

Rongyu is known for being visionary, entrepreneurial and innovative. He has an exceptional track record and leadership experience in transforming organisations, building institutional capabilities and developing high performing teams.

Rongyu is the current Chair of the DVCI/PVCI Group, a standing sub-committee of Universities Australia (UA) and served as a Board member of the International Education Association of Australia (IEAA) for 8 years (2010 – 2018).

He is responsible for supporting existing members, attracting new members and investigating funding opportunities to support the Society’s mission for Australian leaders and community.

Andrew is passionate about understanding member values and interests, being the best way to identify opportunities for meaningful, long-term partnerships. His professional experience stems from ten years in fundraising and relationship management in the tertiary education and not-for-profit arts sectors in Melbourne and Sydney, in addition to ten years of previous project management experience in Australia, Japan and China in education, research and legal services.

He holds a double degree in Economics (Economic History major) and Asian Studies (Japanese major) from the Australian National University. He has spent six years living in both Japan and China, and has studied and speaks fluent Japanese, highly functional Chinese (Mandarin) and basic Indonesian. While at university, Andrew also performed in several of the ANU Japan Centre’s annual Kabuki performances, including a short tour to Nara and Kobe in 1999.

Prior to joining Asia Society Australia, Jaimie worked as an Administrative Assistant at Asialink working across fundraising, events, project assistance and business operations.

She holds a Master in Professional Accounting from Victoria University and Bachelor of Business from Monash University.

Prior to joining Asia Society Australia, Lena Duchene held the role of Program and Speaker Junior Officer at the OECD, where she contributed to the construction of the OECD Forum, the organisation’s largest annual conference that covers key international issues such as the future of work, climate change, and migrant integration.

While she remains French at heart, Lena has spent most of her life abroad, living in Germany, Italy, the United States of America, and South Korea. She co-founded the French American School of New York’s Asia club – an initiative to share Asian culture abroad.

Lena holds a Master of Economics and Business, and a Bachelor of Arts (majoring in Social Sciences and Asian Studies), from Sciences Po Paris. She also spent a year studying at Korea University in South Korea.