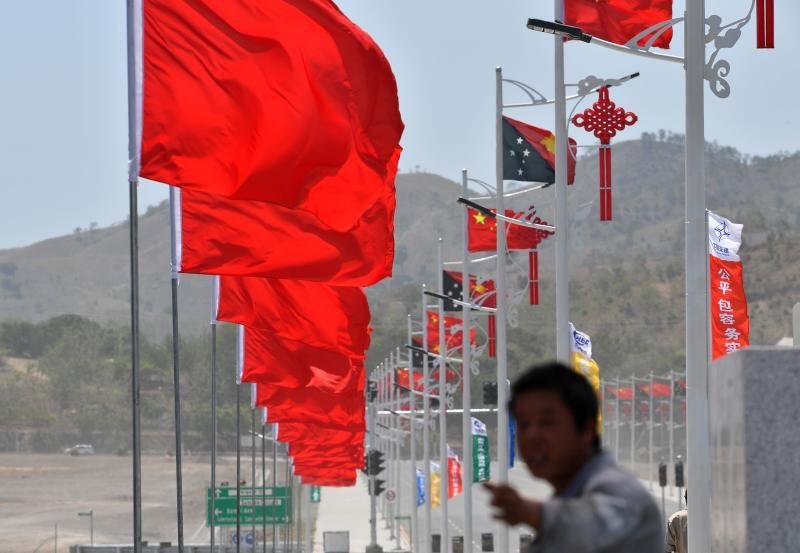 APEC 2018 will be remembered as a point in history when geopolitical fault lines in Asia have come to the fore. The forum - designed to forge a consensus on Asia’s economic policy - has been completely overshadowed by the US-China confrontation on trade and the regional order, each proclaiming to have the region’s prosperity and security at heart, each accusing the other of protectionism and bullying.

As a result, the Summit ended in disarray.

For the first time in APEC’s history, the leaders failed to agree on the text of the Joint Communique, reportedly because of disagreements between the Chinese and US delegations on the issues of trade protectionism and unfair trade practices.

US Vice-President Mike Pence and China’s President Xi Jinping’s speeches at the APEC CEO Summit were the critical markers of how the US and China intend to navigate their differences. It was clear that neither side was willing to compromise.

Xi and Pence presented their visions for the region, which on the surface were not so different – each claimed to strive for cooperation, not confrontation, each offering investment in infrastructure, connectivity and development, each claiming to have the support of the region for their visions.

But underneath the rhetoric are irreconcilable differences.

For a start, it is hard to have a meaningful dialogue if you describe your shared region in two different terms. Even the language both leaders used to describe Asia, point to a deep strategic divide: Xi used “Asia-Pacific”, Pence – “Indo-Pacific”.

Pence spoke of the need to overhaul the WTO and the US’s preference for bilateral deals while Xi insisted on the WTO-led multilateral trading system.

Pence characterised China’s One Belt One Road as a “one way road and a constricting belt” and urged the countries in the region to put their sovereignty first, before economic engagement with China.

Xi hit back saying that One Belt One Road was open to everyone and urged the US to respect the diversity of nations, and the political and developmental paths they choose. Xi said that China was committed to opening its markets, citing a success of the China International Import Expo concluded in Shanghai two weeks ago. He pointed out that “hot, cold or trade war” will be catastrophic to the region and the world.

Pence announced a raft of Indo-Pacific security and economic programs: the establishment (or rather an upgrade of) – with Australia and PNG – a naval base on Manus Island, an Indo-Pacific Transparency Initiative, a joint Australia-USA-Japan-NZ Papua New Guinea Electrification Partnership  and the MOU to operationalise the Partnership for Infrastructure Investment in the Indo-Pacific, again with Australia and Japan, aimed to counter China’s One Belt One Road.

All are significant and positive initiatives in their own right, especially the PNG electrification program that will help connect 70% of PNG’s population to electricity by 2030. All will help to level the playing field in security and economic development in Asia, amidst China’s persistent rise and growing influence. But – when framed and presented as a mere response to China – these initiatives will be treated with caution in the region, especially in South-East Asia and the Pacific.

China is and will continue to be an indispensable Asian power – in economic and security terms. China’s enmeshment with the region – through trade, investment, political, cultural and diasporic links - will not wane, but is likely to grow as its economic and military power rises.

If the US is set on competing with China in Asia, and Australia steps up its engagement to contend with China in the Pacific, they’ll need to craft a policy of positive engagement, shared security and higher-quality, more transparent and more sustainable economic support to Asia and the Pacific, rather than focussing on China’s weaknesses and negativities.

Evan Feigenbaum, Vice-Chairman of Paulson Institute and twice US Deputy Assistant Secretary of State, in responding to the Vice-President’s remarks put it most eloquently: “the US would do a hell of a lot better by leveraging addition and multiplication, instead of subtraction and division. It has a lot to offer.  But it is not going to get anywhere by trying to write China out of Asia's story as rhetoric or policy”.

China has invested significantly in the 2018 APEC Summit. A sea of red flags and China Aid-funded bus stops greeted the delegates on the road from the airport. Xi and PNG PM O’Neil signed a comprehensive strategic partnership agreement, and presided over the ceremony to present the China-built Independence Boulevard (the road project linking the National Parliament to major roads) to PNG. The Chinese delegation was by far the largest. President Xi held meetings with the leaders of the Pacific islands nations (except those that recognise Taiwan diplomatically) to discuss the Belt and Road Initiative and was the first of the APEC leaders to arrive to Port Moresby. But China’s charm offensive was marred by the reports of bullying behaviour by Chinese officials towards the Summit hosts and blocking of access for local and international media to the venues hosting President Xi’s visit. The question of trust (Can China be trusted on trade, investment and development cooperation?) was also quietly discussed on the margins of the CEO Summit.

Australia played a constructive role in the Summit. We provided significant financial, security, policy and convening support to PNG to host APEC. PM Scott Morrison came to the Summit well prepared with a significant agenda, focussed on strengthening our engagement with the Pacific, and trying to influence the US and China to bridge their differences. And if the Pacific ‘step-up’ policy announcements (PNG Electrification, Vanuatu Security enhancement and a new School of Business at the University of PNG) are positive, practical and were well received, our attempts (if there were any) to influence the US and China clearly didn’t deliver.

While the PM’s messages to the US to protect the free trade regime (“no country gets rich selling to itself") and to China on infrastructure investment (“…that is non- discriminatory, that is open, that upholds robust standards to deliver long-term benefits that meets genuine needs and avoids unsustainable debt burdens”) were strong and clear, their impact - at least on the APEC outcomes - was not visible.

The US-China tensions played out against the backdrop of Papua New Guinea – a stunningly beautiful Pacific nation, an emerging energy and resources player that has become a battleground of influence between the US, China and its close and powerful neighbour Australia. PNG’s leadership and its warm, attentive people have done a remarkable job hosting APEC. There is no doubt the Summit has put a strain on the local economy and government resources, which will hopefully pay off with investments in PNG’s security, infrastructure and most importantly – its people.

PNG (and all the middle and small powers in Asia and the Pacific) will find it hard to navigate the US-China contest, and chose which investments are in their national interest and which compromise their sovereignty and limit their choices. It will be most challenging for the small states of the Pacific, which is why the coalitions of friendly, like-minded powers will need to redouble their leadership on Asia’s security and economic matters, amidst the breakdown of dialogue between the major players.

The presentations almost completely ignored the geopolitical and geoeconomic clashes raging outside and inside the Summit venues, Asia’s numerous economic, political and policy issues, and poverty and other humanitarian challenges faced by the host country. The jargon (‘human capital’, ‘ecosystem’, ‘inclusive growth’) seemed to overshadow substance. The audience of the Summit were disengaged, distracted or bored. As tensions heated up at the APEC leaders meetings, it felt as if mental fatigue settled amongst the captains of industry.

So at a time, when the global economic system is challenged by protectionism, fragmentation of politics, strategic contest in Asia, digitalisation and climate change, forums such as APEC (as awkward and in need of reform as it is) which offer rare opportunities to bring leaders together, and agree at the very least on the list of problems to solve – are overshadowed and weakened by the geopolitical competition of two major players and an inability of middle powers (let alone small states) to influence them and get the dialogue back on track.

In his concluding remarks to the CEO Summit President Xi said that all nations were on the “same ship” of global economy. As the Summit drew to a close, and we were packing our bags, the ship looked decidedly abandoned.

Philipp Ivanov is Chief Executive Officer of Asia Society Australia. He was the delegate to the APEC CEO Summit held in Port Moresby, Papua New Guinea on 16-18 November 2018. This is his note from the Summit to the Board and Advisory Council of Asia Society Australia. The APEC CEO Summit is held simultaneously with the APEC Leaders meetings. China’s President Xi Jinping, US Vice-President Mike Pence, Russian Prime Minister Dmitriy Medvedev, Malaysia’s Prime Minister Mahathir Mohamad and PNG Prime Minister Peter O’Neil, as well as business leaders from across the region addressed the CEO Summit.