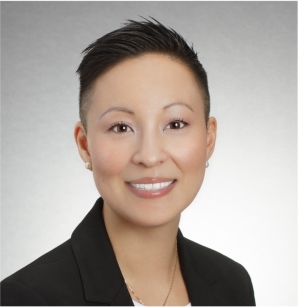 Sylvia Kim is the Founding Partner of CerraCap Cares - a women-led impact-driven fund unleashing the power of technology for good and investing in early-stage human-centered technologies that reduce disparities and empower the underserved. Currently, she is also a Senior Consultant with La Piana, a Venture Partner with CerraCap Ventures, an active member of Transact Global and the Global Women in VC community, and a member of the inaugural 2020 class of the All Raise Visionary Voices Speakers Bureau.

Kim has been featured in the LA Times, NPR, ABC News, the OC Register, and the New York Times and has been recognized for her advocacy work by local, national, and international agencies including the National Asian Pacific American Bar Association (Best Under 40), the International Association of Korean Lawyers (Public Interest Award), the Orange County Bar Association (Courage Award for Diversity & Inclusion) and the Asia Society’s Asia 21 Young Leaders (Class of 2016). In 2019, Coast Magazine named her as one of Orange County’s 2019 ‘Game Changers’.

Originally from Toronto, Canada, Kim practiced criminal law as both a defense attorney and as an Assistant Crown Attorney. She received her Bachelor’s degree at Queen’s University, her Juris Doctor from Osgoode Hall Law School, and completed her Master of Studies in International Human Rights Law (LL.M. equivalent) at Oxford University.