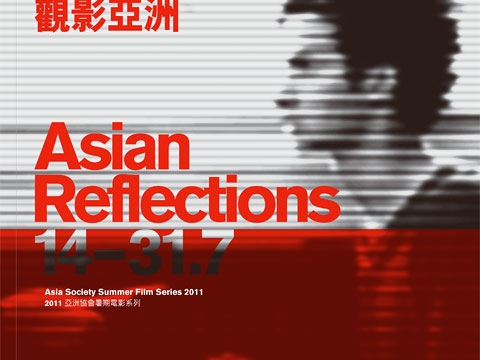 Incredibly diverse while remaining rich in culture and history, the countries and people of Asia are divided by traditions, personal identities, family values, political views and their responses to modernization.

Join us on a cinematic journey through a dreamlike landscape in Iran (The White Meadows), a romantic vacation with Thai tourists in Seoul (Hello Stranger), the experiences of a quirky Japanese family learning how to accept one another (Toilet), an immersion in the colorful rural life of the Punjab region (West Is West), and experience the serene memory of a mother for her son in Kolkata (Memories in March).

For a few weeks this summer, follow our selection of filmmakers as they present a cultural kaleidoscope that reflects the diversity of Asia — beyond preconceived notions, in a world of boundless perspectives.

A sequel to the 1999 East is East, West is West is set in Manchester, 1975. The now diminished but still claustrophobic and dysfunctional Khan family continues to struggle for survival. Sajid, the youngest Khan, is deep in pubescent crisis as he finds himself under heavy assault both from his father George's tyrannical insistence on Pakistani tradition at home, and from the fierce bullies in the schoolyard. In a last, desperate attempt to "sort him out," George decides to pack Sajid off to his first wife and daughters, whom he abandoned 35 years earlier, in Punjab. Soon the current Mrs. Khan, with a small entourage from Salford, follows to sort out the mess, past and present. Although resolved to teach Sajid a lesson, the tables are turned when George is confronted with his own transgressions, and realizes that it is he who has much to learn.

Inspired by the Korea boom sweeping across Asia, this romantic comedy follows the impromptu meeting of a Thai man and woman in Seoul. Leaving home for the first time, "He" is a football fanatic, video game nerd and comic lover who is smitten by "She," a Korean soap opera fan who fantasizes about actor Bae Yong Joon at movie sets where he has shot films. This odd couple makes perfect travel companions as they decide to tour Korea and share secrets, but still conceal their identities from each other. After nine days and a few unexpected twists and turns, the question becomes whether fate will lead them their separate ways or pull them together back in Thailand.

A bereaved mother, art curator Arati Mishra is dumbstruck by the news of the accidental death of her only son, Siddharth. She goes from Delhi to Kolkata to carry out her son's last rites and to reclaim his belongings. Over her three-day stay at her son's office-apartment, heavy with memories, Arati is shaken out of her initial grief as she discovers through Sid's coworkers and friends a person different in ways that she knew him as his mother. As Arati absorbs the newly uncovered relationship that her son had with coworker Ornob, she and Ornob work their way to a mutual understanding and share their grief as well as fond memories of the Sid they both knew, albeit separately.

A boatman navigates the otherworldly salt islands of Iran's Lake Urmia to listen to people's heartaches and take away their tears. As he witnesses misguided attempts to appease the gods and make the land green,, whether by offering a bride to the sea or penalizing a painter who sees in different colors, the boatman remains powerless. A contemporary Odysseus or Gulliver, his travels reveal a world woven from both dream and nightmare, where the collective conquers the individual. Winner of Best Actor and AsiaAfrica Special Jury Prizes at the Dubai Film Festival, this film is an allegory of intolerance, brutality and superstition, fixating on the act of ritual as both an uplifting and destructive force that governs human behavior.

The White Meadows is co-presented by The Global Film Initiative and is part of the Global Lens 2011 film series.

Ray is a buttoned-up 30-something engineer, who appreciates order in details and collectable robot toys. After the sudden death of his mother, he moves back to his childhood home to care for his dysfunctional Eurasian family. Lisa, the teenage sister, is obsessed with the air guitar world championships, while the piano virtuoso brother Maury suffers from social phobia and has not left the house in four years. The biggest oddity, however, lives upstairs — their Japanese grandmother Baachan. Mystified by Baachan's sighing each time she uses the bathroom, and apparent indifference to her grandchildren, Ray questions if Baachan is even related to them. In his search for an answer, Ray discovers new meaning to the word "family," one that transcends the boundaries of country and language.

Made possible by a grant from: