State of Asia: A Survey on Asia's Changing Landscape 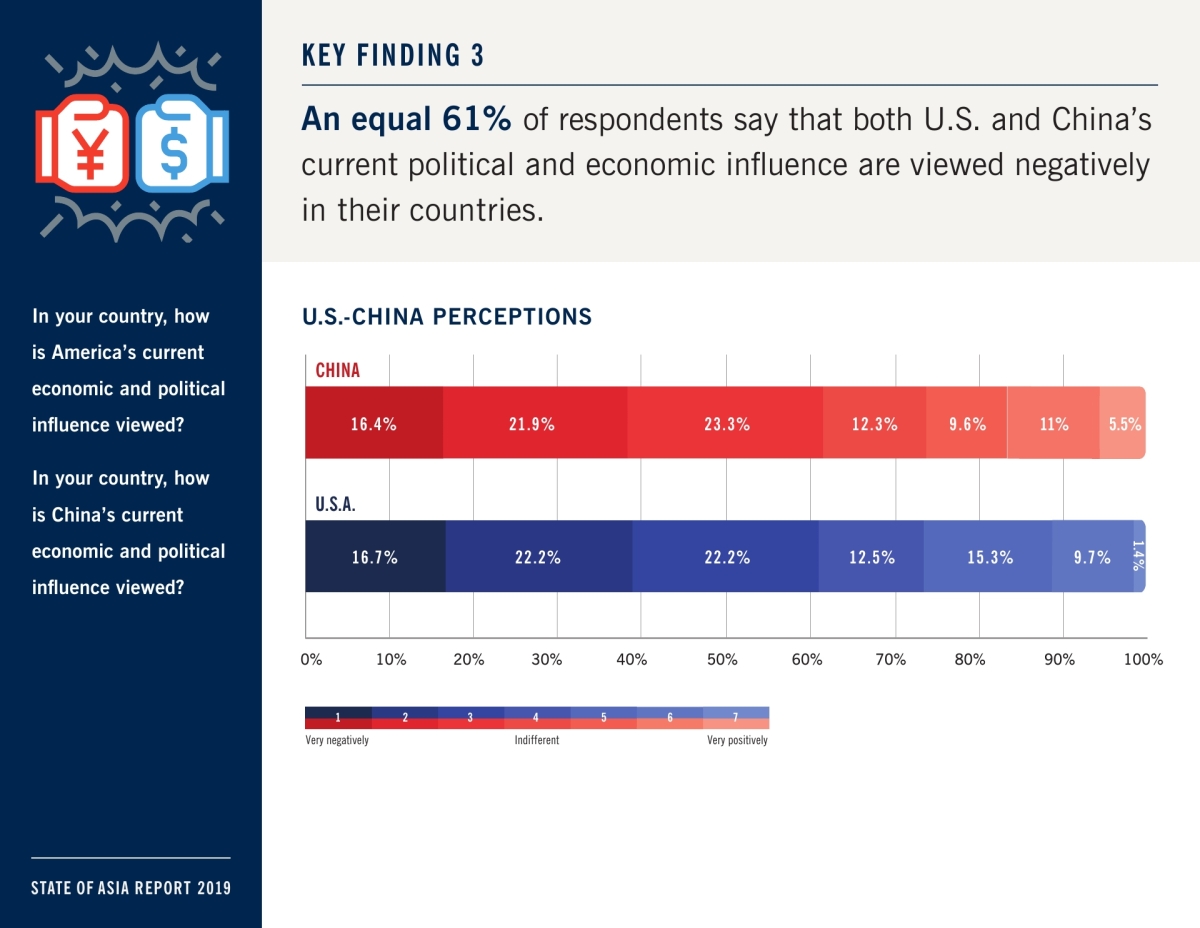 State of Asia assesses the changing landscape in Asia, with regards to issues of politics, economy, culture, and social institutions over time. The findings are based on a survey conducted within Asia Society’s network of leaders and experts in Q4 2019, prior to the World Health Organization classifying COVID-19 as a public health emergency and pandemic in 2020.

The work for the report started in late 2018, when Asia Society gathered a group of leaders representing over forty countries to convene for its annual Asia 21 Young Leaders Summit in Manila, Philippines. Representing a wide range of professional sectors, the summit participants discussed topics ranging from environmental degradation to global terrorism to refugee crises. Conversations at the summit revealed a common theme: a seesaw between nationalism and globalism on the Asian continent. The discussions suggested a need to reassess Asia’s transnational challenges and regional dynamics—notably, the political, economic and social challenges facing the Asian continent today. The juxtaposition of regional cooperation, competition and confrontation convinced the Asia 21 Young Leaders Class of 2018 to elucidate the underlying causes and effects of these dynamics—elements that will shape how leaders think, interact and adapt as the global center of gravity continues to shift to Asia in the coming years.