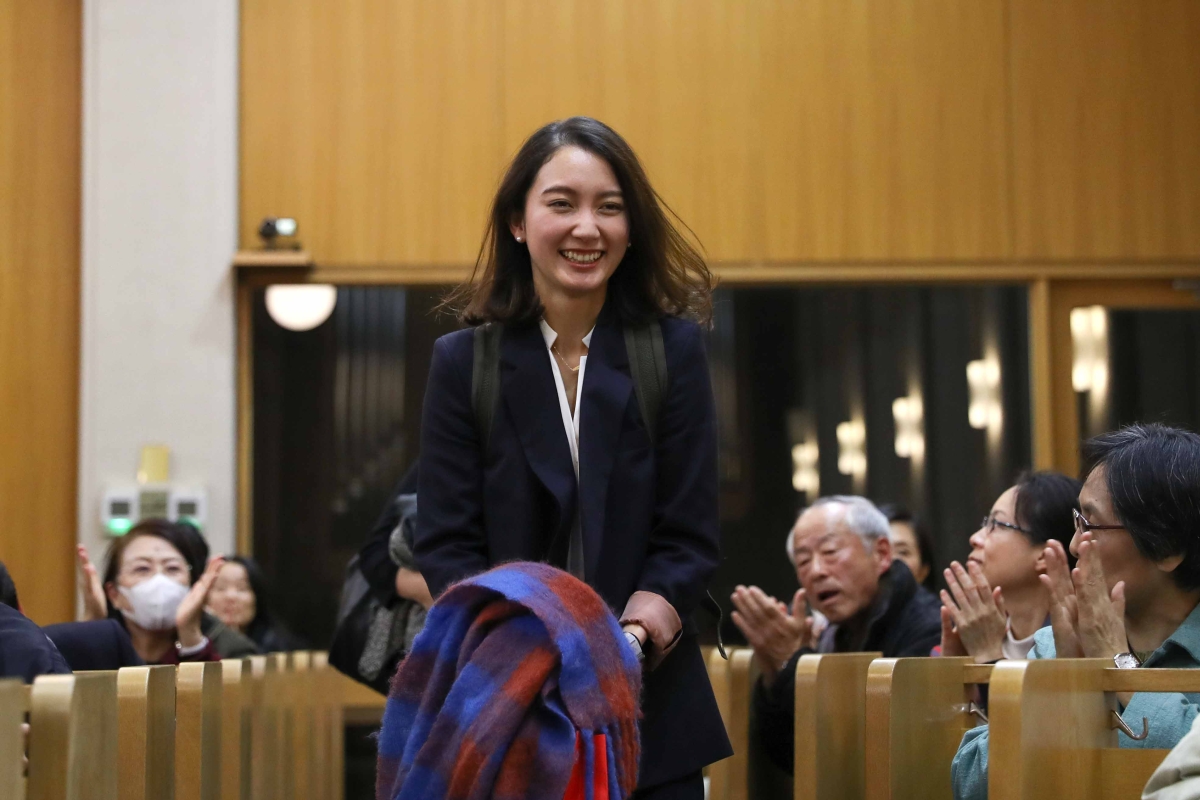 A Tokyo court today sided with journalist and documentary filmmaker Shiori Ito ('19), who went public in 2017 with allegations that Noriyuki Yamaguchi, a prominent Japanese television reporter, had raped her in 2015. Below is the full text of the story published by the BBC today.

Shiori Ito alleged that Noriyuki Yamaguchi raped her in 2015 while she was unconscious.

Prosecutors said there was not enough evidence for a criminal case, so Ms Ito brought a civil case.

Ms Ito has become a symbol of the #MeToo movement in a country where people rarely report sexual assault.

"I'm so happy," said 30-year-old Ms Ito, who held up a sign which read "victory" after the verdict was announced.

But in a news conference hours later, Mr Yamaguchi said he planned to appeal - and he again denied the rape allegations.

According to Ms Ito, 53-year-old Mr Yamaguchi - who is said to have close ties to Prime Minister Shinzo Abe - invited her to dinner to discuss a possible job opportunity in 2015.

She suspects she may have been drugged, saying that when she regained consciousness, she was "in a hotel room and he was on top of me".

Ms Ito was an intern at news agency Reuters when the alleged rape occurred.

Mr Yamaguchi was then Washington bureau chief for the Tokyo Broadcasting System, a major media firm in Japan.

Investigations were opened but then dropped by police, citing insufficient evidence.

Ms Ito said police forced her to re-enact the alleged rape with a life-sized doll while male officers looked on.

A 2017 government survey found that only 4% of rape victims reported the crime to the police.

As part of the investigation into my allegations, I was asked to come to the police station adjacent to the hotel I was taken to that night.

When I arrived, accompanied by my best friend, for moral support, I was taken to a gymnasium on an upper floor of the station. I had heard about what was about to happen, and asked for my friend to be able to come with me.

The police refused. I was taken into the gym and told to lie on a mattress, and life-size mannequin was then produced and three male officers moved the doll on top of me, asking me intimate questions about exactly what happened and taking photographs.

I was told this was essential to the investigation.

It was at this time, that I had to make the shift in my head from complainant to journalist.

The only way I have been able to continue has been to completely compartmentalise my feelings - I had to treat this as a story I was following: I was seeking the truth as a journalist, detached and dispassionate.

That is still the way I try to frame it in my mind.

Mr Yamaguchi, who denies any wrongdoing and claims the sex was consensual, filed a counter-suit seeking 130 million yen ($1,187,941; £907,135) in compensation. But this was rejected by the court.

He will now have to pay Ms Ito $30,000 in damages, but there remains no criminal case against him.

Under Japan's rape law, prosecutors must prove violence or intimidation was involved, or that the victim was "incapable of resistance".

Read the original story published by The New York Times on December 29, 2017.