Pakistan Gives a Pass to China’s Oppression of Muslims 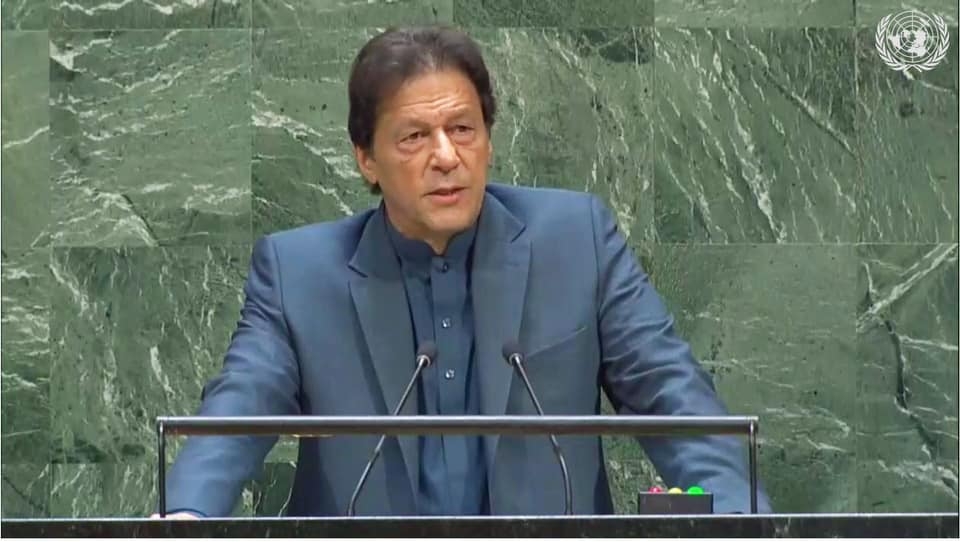 Below is an excerpt of the op-ed published by The Wall Street Journal on October 3, 2019.

Pakistani Prime Minister Imran Khan’s foreign-policy agenda carries a contradiction at its heart. Mr. Khan seeks to project himself as a global defender of Islam, but he won’t utter a peep about one of the most egregious persecutions of Muslims: China’s repression of Xinjiang’s Uighurs and its project to Sinicize Islam.

In New York last week, Mr. Khan laid out his vision in a rambling 50-minute address to the United Nations General Assembly. He defended the right of Muslim women in the West to don the hijab. “A woman can take off her clothes in [some] countries, but she can’t put on more clothes,” he said. He declared that “there is no such thing as radical Islam,” only “one Islam and that is the Islam we follow of Prophet Muhammad.”

The prime minister blamed the rise of “Islamophobia” on some “people in the West who deliberately provoked this,” in part by writing novels such as Salman Rushdie’s “The Satanic Verses.” He warned that “marginalizing Muslim communities” in Europe “leads to radicalization.” He asked the West to treat the prophet “with sensitivity” akin to how it approaches the Holocaust.

Not surprisingly, Mr. Khan devoted much of his address to attacking India for its decision in August to revoke autonomy for Jammu and Kashmir, the country’s only Muslim-majority state. He accused Indian troops of locking in Kashmiris like “animals” and warned of an impending bloodbath that could spiral into a nuclear conflict between India and Pakistan.

Read the full article on the publisher's site.