In the Presence of ‘Game-Changers’

ZHENJIANG, CHINA — Of course the meaning of leadership – and the potential and challenge for true leaders – are the real reasons why we gather the Asia 21 network, and the newly-minted Asia 21 Young Leaders are an impressive and inspiring group.

To take just a few snapshots of the 2013 class: Humaira Bachal, whose Dream Foundation Trust fights for the rights of girls in rural Pakistan to a proper education; Ibrahim Bernardo, founder and CEO of Sari Software Solutions, who has brought solar energy to far-flung, off-the-grid areas, and used technology to teach blogging to slum children, and create “virtual visits” between prison inmates and their indigent families; Scot Frank, Co-Founder and CEO of One Earth Designs, which brings clean-energy, problem-solving products to remote Himalayan communities; Akash Goel, who led the launch of a program that brings life-saving medications to HIV/AIDS patients across India; Tania Hyde, a former officer in the Royal Australian Air Force who is director at the consulting firm Taylor Street Advisory (n.b.: Tania has already offered excellent – and pro-bono – consulting for the Asia 21 initiative itself); and Dhruv Kazi, whose “heartMAP” uses IT and behavioral economics to provide personalized support to South Asians with heart disease.

The list goes on, a catalog of global game-changers, and I was going to leave it at that for now – but then I spent some time this afternoon with Deepak Ravindran. All Deepak has done, in his first 25 years of life, is found Innoz, a mobile technology company that created an SMS service which has made it possible for more than 120 million people in the “offline world” to gain access to the internet; and then, for good measure, he co-founded Startup Village in Kerala, an incubator for new small businesses. The goal was to create 1,000 startups in a decade; now, just 18 months in, they have already created 1,100.

“It’s another Silicon Valley,” I said, to which Deepak replied, “actually we call it the ‘Silicon Coast.’ You must come and see us – we are by the sea, and the companies are great.” No doubt they are, Deepak. The new fellows were joined today by roughly 70 Asia 21 veterans; together they are tackling an ambitious agenda here and charting a course for the year ahead. 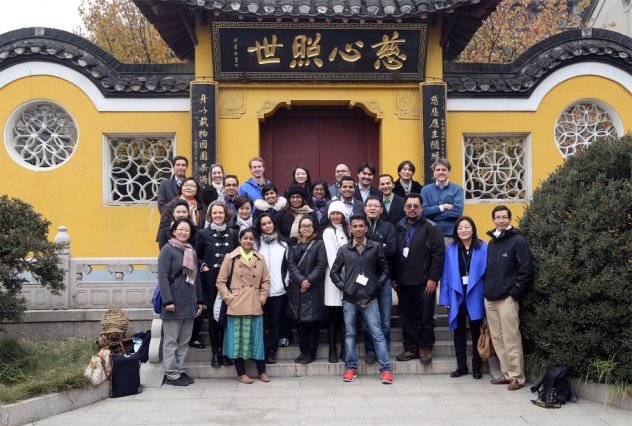